Zero portage, not bad for a 20th May at 1600 meters! I basically did a tour of the Roche Noire, a lot of km for not much vertical. The first descent on the east slopes was unskiable mush but lots of marmottes around. I traversed out without losing too much height and climbed to the Col d'Oudis to ski the off piste west and north-west slopes which were not bad. Managed to return to the parking lot on skis but some very thin patches of snow in one or two places.

5cm of fresh snow from 1500 meters, it had largely melted by midday except where it fell on a base. Base was a soft non breakable crust. Unskiable on east facing slopes (too warm) not bad at all on West facing slopes. 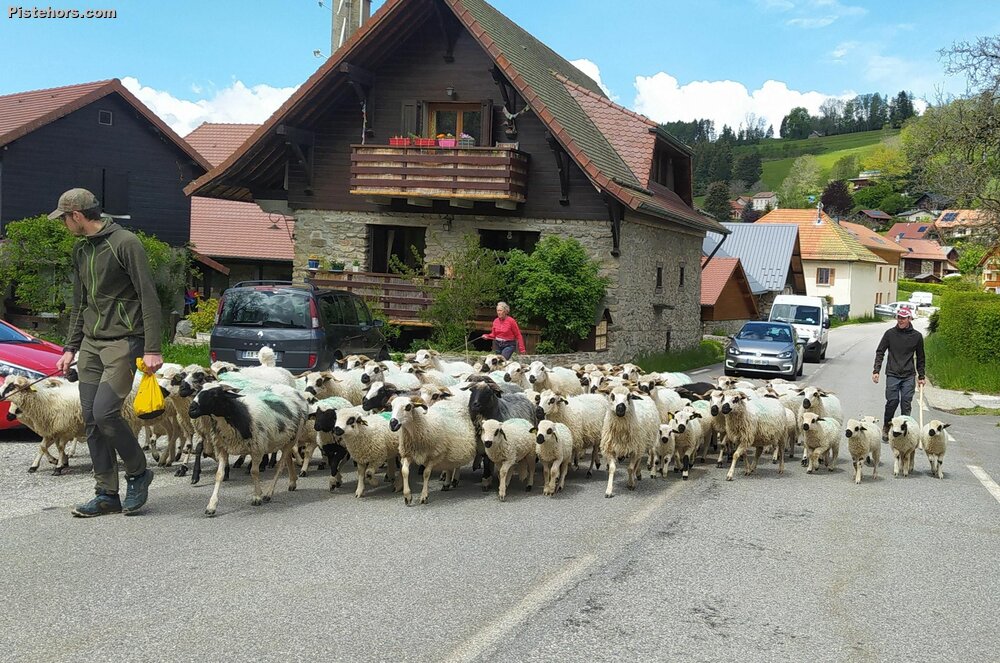