The Plateau de Retord ski resort is located in the village of les Plans d'Hotonnes. The 13 slopes, from green to red are adapted from beginner to more experienced skiers. There is a ski school, a snow garden and beginners' ski lifts. The area also features extensive cross country skiing and snowshoeing. The tour of the Plateau de Retord is a 25km nordic adventure taking in the three entrance gates of the Plateau (Cuvéry, La Chapelle, Les Plans d'Hotonnes) but there are a range of trails from beginner loops in the village to longer trails. There is also a biathlon area. In the summer roller skiing is possible and the resort regularly features competitions.

A number of services are available on site: restaurants, rentals, lodgings and hotels. The pistes are located from 1000 to 1250 meters so the area is not snow sure. The alpine area would suit beginners, although there are only drag lifts but experienced skiers would soon reach the limits.

I was telemarking and the boy was up on his alpine skis. Because I don't know how to telemark I was restricted to the blue runs, but there were plenty of them. The area is quite extensive but only has around 200 meters maximum vertical. The area claims 16km of pistes in total, which seems realistic. The lift system comprised a number of drag lifts, some quite steep. It certainly kept us occupied for a morning and we would have skied in the afternoon but the wind was getting strong and stronger - like the ice cap. The boy skied the reds and said they were quite steep, he also did some of the powder between pistes. On big snow days it might even be possible to ski the forests.

Cold -8C in the morning with a strong north wind. The area has had around 50cm of snow. Some debris on the runs due to the pistes and slopes a mixture of harder snow due to wind scouring and loose soft snow. Powder snow off piste which had barely been touched by the locals. 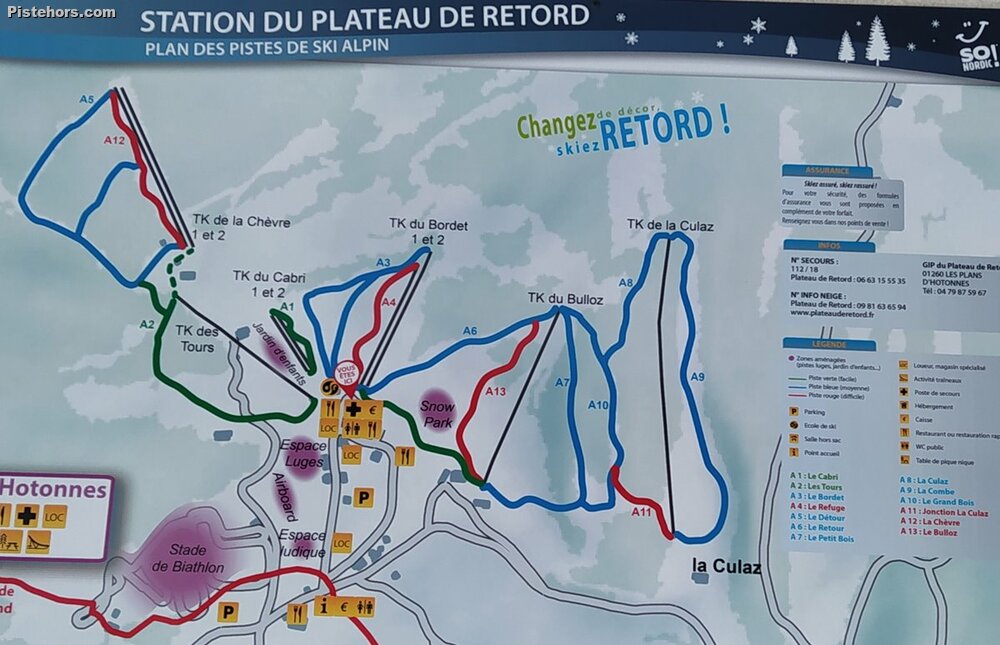