Follow the road to the Pont de la Betta then a forest trail to the habert d&#39aiguebelle (refuge - unguarded). From here you can climb either by the east or south face. To climb by the south face take a large couloir clearly visible then traverse to the left to avoid a rock outcrop. Climb to the summit via a large, open slope. Descend by the same route.

Comments on route: The south face of the Jas is prone to large natural avalanches which run the length of the numerous couloirs that descend the face.

Access: From the A41 autoroute take the Brignoud exit then Laval then Prabert. The road is closed by a barrier from the 20th December to around mid March and not cleared at pt 1088 meters, about a km after the village. In the spring you can drive to the Pont de la Betta car park then to the end of the road by a reservoir around 1400m. 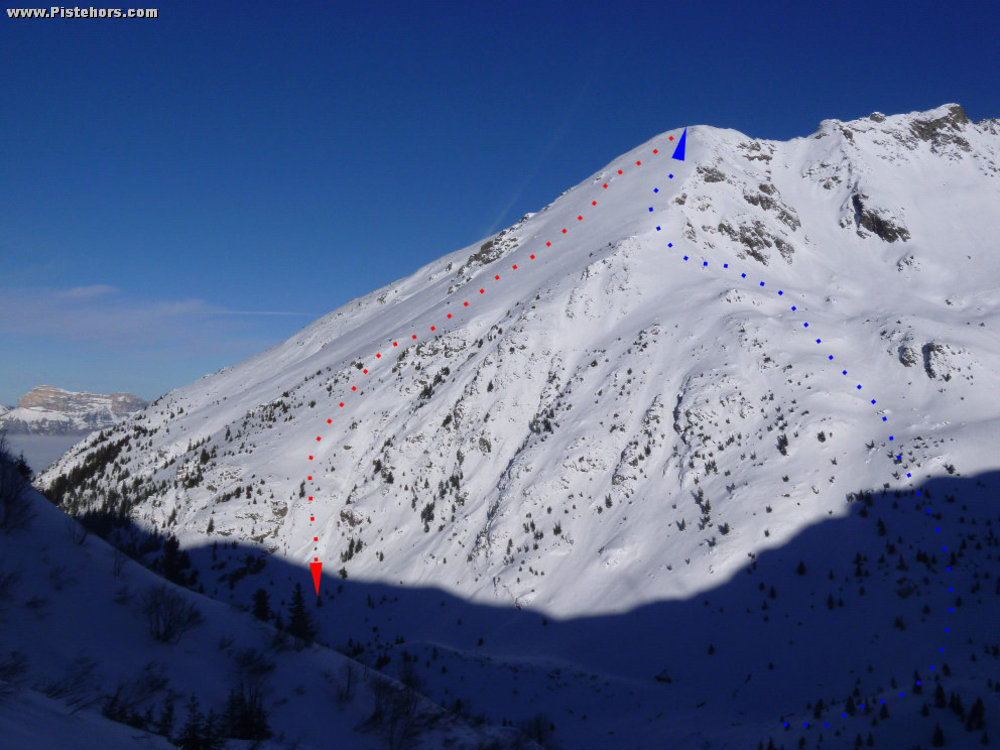