For a change decided to ski tour and see how much snow had fallen on Friday. The Pic Blanche de Bedina is good value as the climb is pretty consistent from the start of the valley. I broke trail from 1800m but the snow wasn't too deep but didn't stick well to the old base. Pleasant weather at the summit with great views. I skied the direct couloir down to the valley, this is quite steep, around 35 degrees plus. The ski off the summit was over a small corniche which I hucked onto some accumulations of snow but depths were very uneven and the base was lumpy which made turning a chore at the start. Skiing was better in the steep couloir that led to the Venetiers and good thereafter with a bit less slope (other people had reported the same). Lots of people using my trail when I got back to the valley. Great skiing in the border but care needed at the end where some rocks were more or less visible.

Ice on the road from 1300 meters but possible to drive to the summer parking. Continuous snowline is just after at 1360 meters. There is a few cms of snow starting at 1450 meters and 5 to 10cm in the Venetiers valley on a hard and sometimes uneven base. Some small slabs that didn't adhere to the old snow but nothing worrying.

Overall a real lack of snow for mid January. 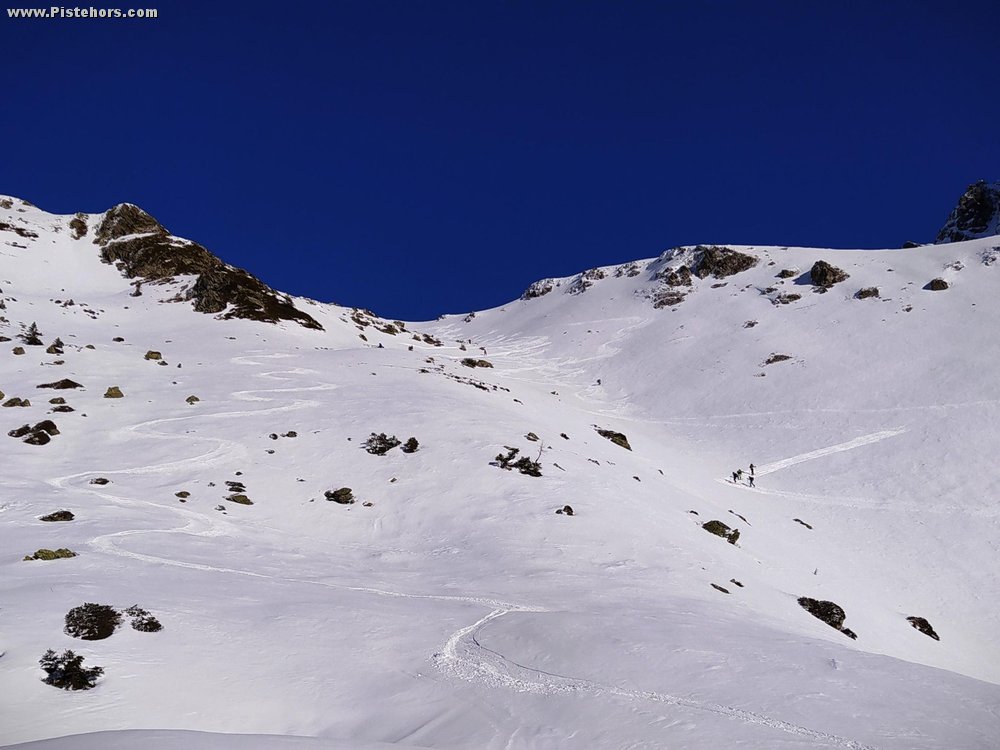 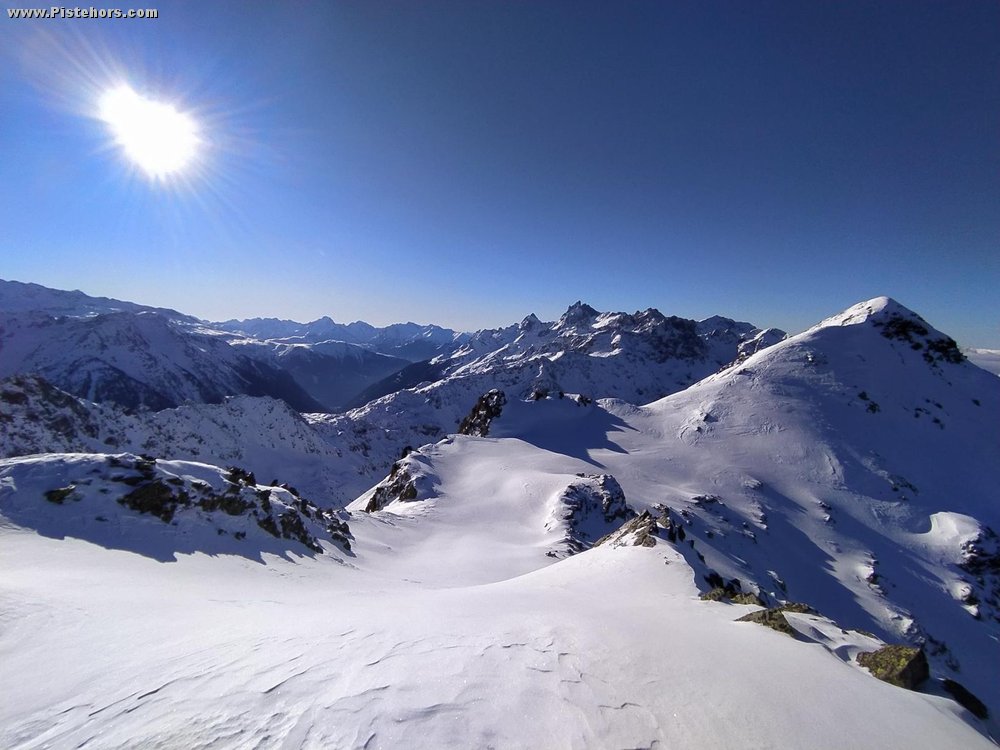