Adèle Milloz, star of French ski mountaineering and her client have been found dead on the normal route of the Aiguille du Peigne in the Mont Blanc range near Chamonix. The bodies of the victims were discovered by other climbers on the same route. The route does not present any particular dangers but conditions have been far from ideal in the area this summer due to a heat wave. 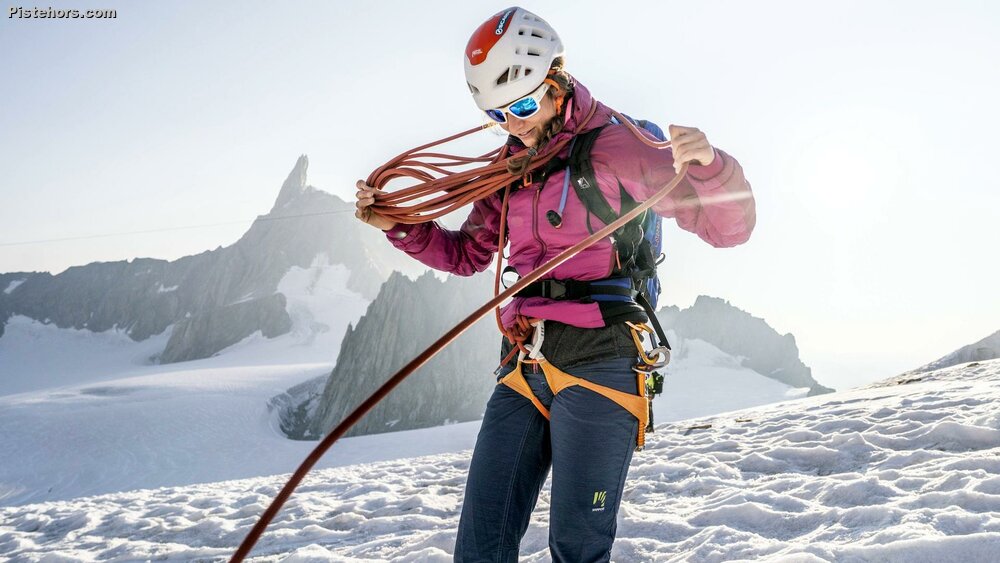 Born in 1996 in Tignes to a ski instructor mother and mountain guide dad. Adèle had been ski touring since 6 years old when she climbed from Arêches to the Grand Mont to cheer her uncle who was participating in the Pierre Menta race. She started competition at 2011 with almost immediate success. In 2012 she became vice European champion at the sprint discipline. This was followed by junior world champion in the same discipline the following year. She became world army champion with Latitia Roux in 2017. The end of her career was capped with European Senior Sprint champion in 2018 and a 6th place in the Pierra Menta. With a dream completed she retired and was training to be a guide like her dad. Her accident reminds us of another champion Karine Ruby, also training to be a guide, who died in a crevasse fall and of course trail champion Juliette Benedicto.