The Atomic Redster S5 Cross Country Skate ski is the entry level of Atomic's performance range. It's bigger siblings are the S7, S9 and the Atomic S9 Gen S reviewed last season. Construction is a Speedcell Densolite core, basically a foam core for lightness. If you think of a skate ski as a spring that stores energy as you flatten the ski and returns this energy as you push off then you need a bit more than a bit of foam and Atomic layer the Densolite with carbon fibre. The skis are built in Bulgaria, which obviously helps keep costs down a bit. 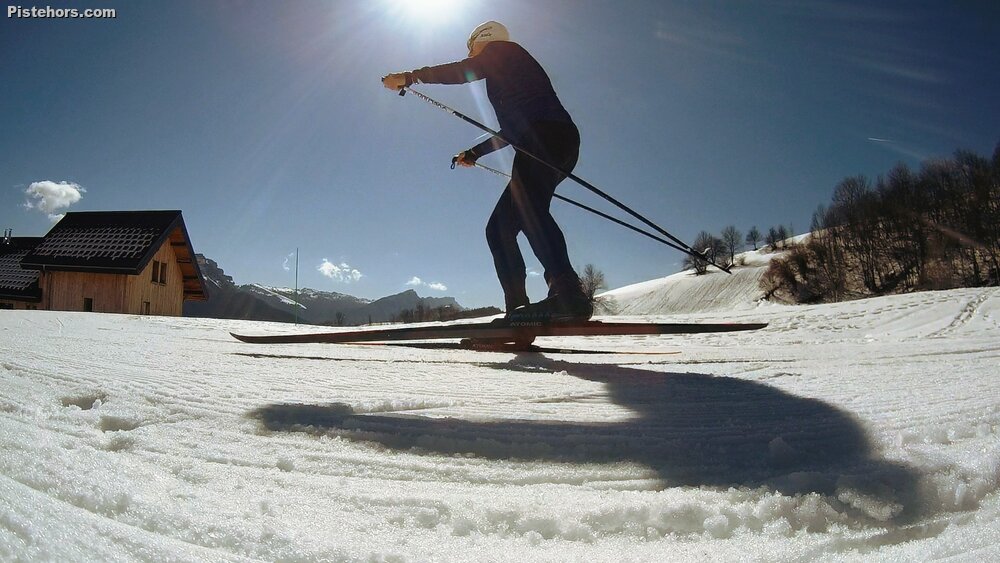 The Redster S5 is easy to ski. Very stable on the downhills and it turns well, either stepped or skidded turns, you never feel out of control provided you have a minimum of technique. The shovel is more pronounced than the Rossignol performance skis which reduces the chance of digging in while climbing if you skiing is not 100%. The skis are light, 585 grammes naked in 186cm. They come predrilled for Atomic/Salomon SNS or Prolink bindings so all you have to do is put in a bit of sealant and screw on your bindings.

As for performance. It is hard to make a comparison but I would say they are at least as good as my old Rossignol Delta Comps which is their direct competition. On Strava I beat all my old PRs during the test without really pushing it but that may be a case of different snow (conditions were similar, hard snow, early morning) or going up to a slightly longer size (192 vs 186cm).