Three ski tourers have been killed in two separate incidents in the Chartreuse on Saturday. In the first accident, a ski tourer was killed on the Dent de Crolles mountain in the French Chartreuse range yesterday afternoon. The skier, aged 47, was killed after falling over 100 meter cliffs. The cause of the accident is uncertain but, according to the rescue services, may be due to a snow purge or a navigation error.

The skier, local to the area, knew the route well. However visibility was poor at the time of the incident. The victim had been reported missing by his wife when he failed to return home. Two gendarmes on skis had searched the area during the evening and night but it was only on Sunday morning that an aerial reconnaissance discovered the body of the man.

A separate search for two skiers, missing since Saturday evening, found their bodies on the south face of the Petit Som around midday on Sunday. Weather conditions were challenging for the search with low cloud. It appears they were caught by an avalanche Saturday afternoon in the Pra du Loup sector under the col de Lechaud. Their car had been found at the car-park on Saturday night.. Four gendarmes on skis had searched for the missing men all night. The sector has seen a number of avalanche incidents. The Petit Som victims were very experienced ski tourers, well known to the local community.

There had been around 20cm of fresh snow in the area on Thursday and strong, northerly winds had formed slabs over the last 48 hours.

Avalanche in the same spot on the Petit Som in 2012 http://pistehors.com/news/forums/viewreply/4395/index.html 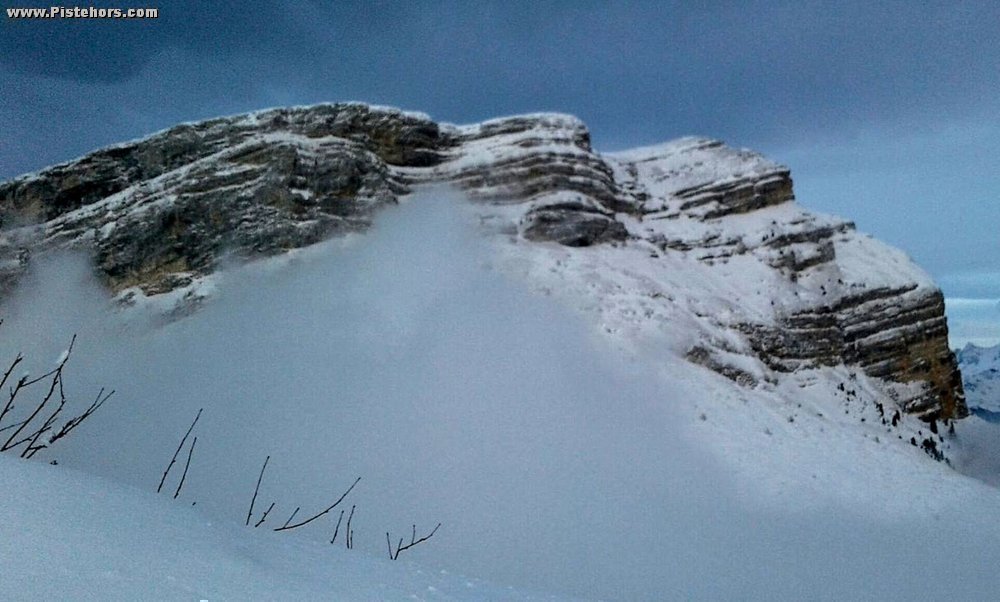