I've never visited this bowl which is clearly visible from the trail that climbs to the Jasse. My initial idea of a col du Sifflet but the approach was blocked by brushwood that was still visible in this poor start to the season. The col de la Scia - north couloir - didn't have enough snow cover so I picked an "S" shaped route on the north face. Only the last 100/150 meters are seriously steep, especially the final meters.

The snow was a bit wind affected - the fresh snow was poorly bonded to an old hard layer. A snowpit revealed a hard slab with depth hoar underneath. Everything seemed stable - well bridged but I side slipped the first meters so as to not put too much load on the snowpack.

Good ski on the north face, less good lower down and on the road to Prabert. 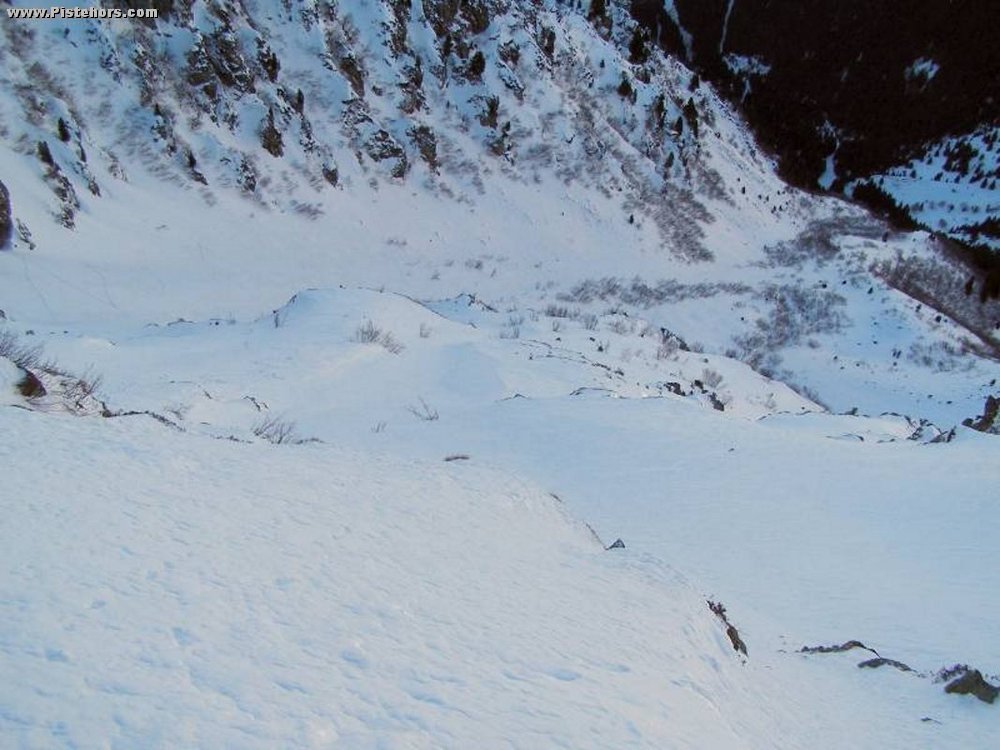