I've been away since last week so was a bit out of touch but it was clear from the web that there has been snow, a lot of snow in fact. I had until around 2pm free but couldn't get started until 9am so that meant not going far. Anny had called and was keen to explore the Chartreuse forests - so that also meant finding a new route for her. She hadn't skied the Bec Charvet so it was settled.

We parked at les Meunieres right down at 970 meters, it was possible to ski from lower down but that is not bad for a 5 March. We then followed the route via the Pylon field and Ruined Barn field to the Col du Coq. We were now in thick fog and we kept this all the way up the climb to Pravouta - which had a funny track that zig-zagged right across the face. I remade the trail closer to the woods. At the summit, still fog and some discussion about the route. As the visibility was near zero we didn't want to go into the South West bowl, which is avalanche prone, but instead descended the west ridge then towards the Habert de Pravouta on some very windblown snow. Once on the prairie de Pravouta we picked up some powder and a few trees to guide us. We also met a couple of lost skiers who we directed to the summit of Pravouta. The snow down through the clearings to the bottom of the old ski runs was great and the visibility improved as we ducked below the cloud.

From here we reskinned to the summit of the Bec Charvet. A bit of sun at the summit then we skied the NE face on an untracked couloir with the best powder of the day. Exiting onto the col du coq road at 1290m it was a formality to reskin to the col and ski back to the car on snow that grew heavier and crustier as we descended. 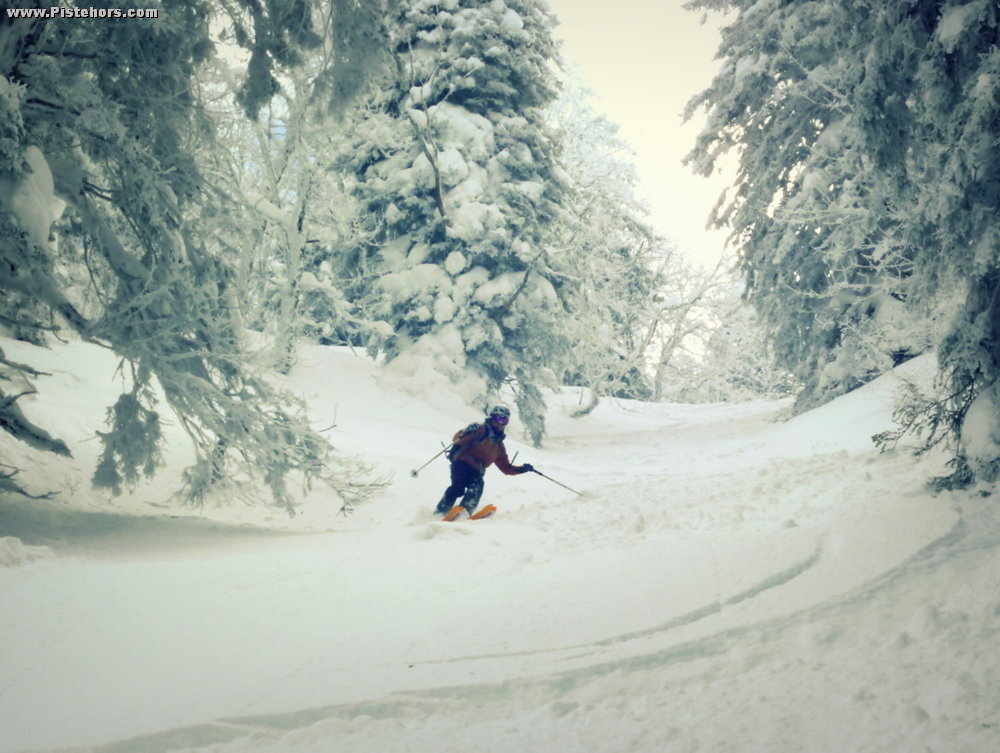 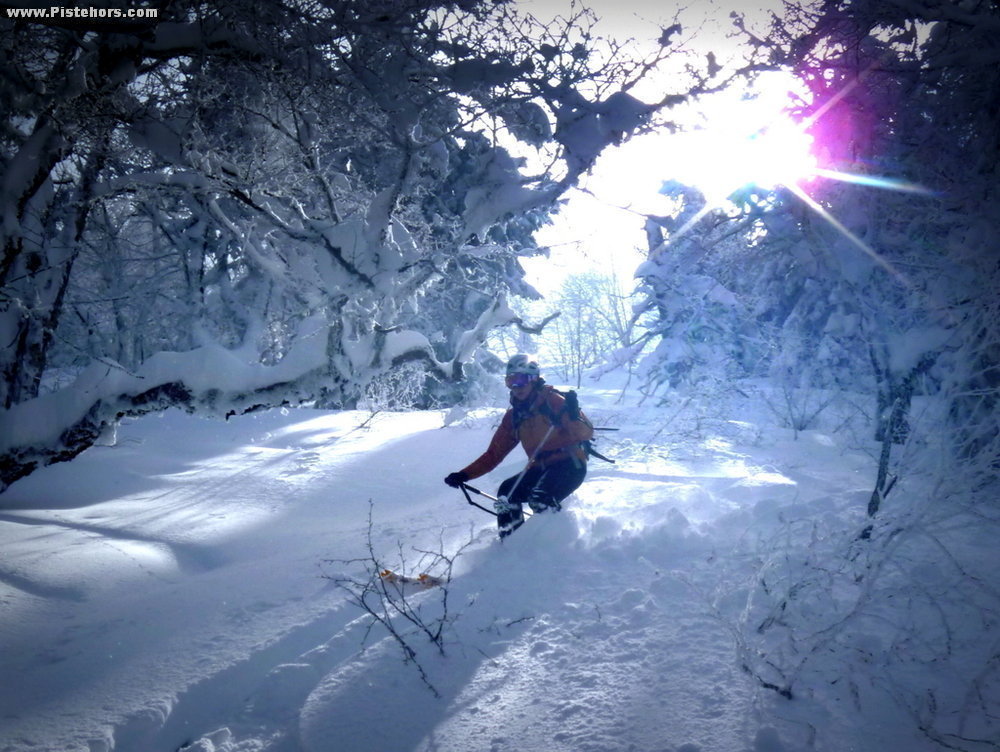 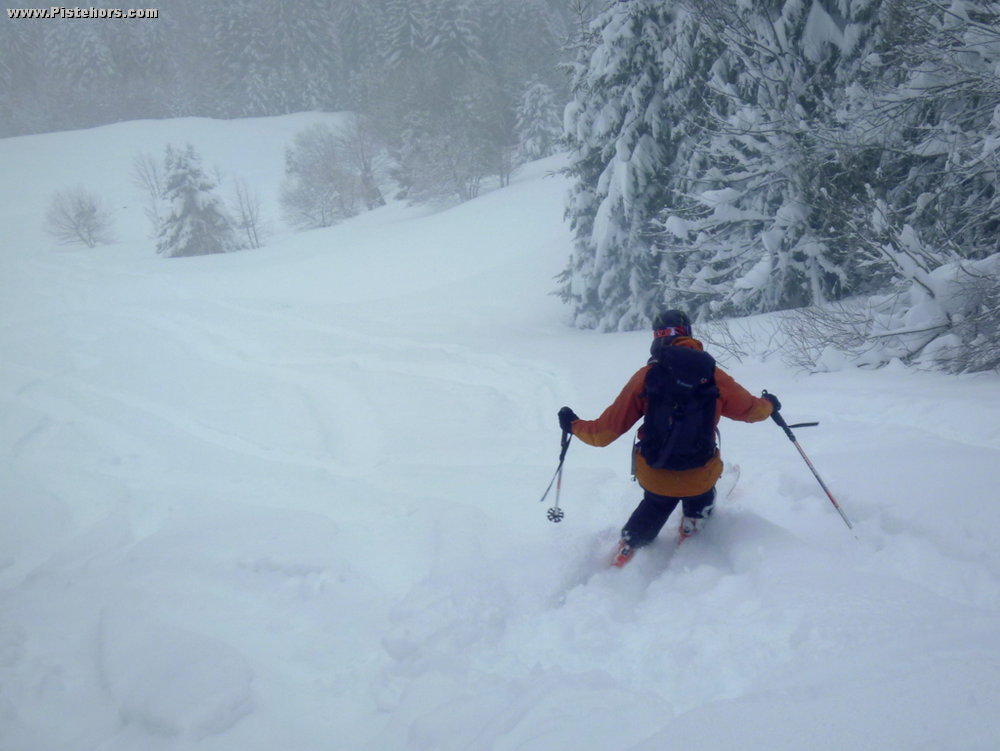