A series of avalanches have left 4 off piste skiers dead and another seriously injured despite his airbag. The incidents occurred in the Savoie and Hautes-Alpes where the avalanche risk is High with many snow slabs in place with weak layers in the snow pack. Government officials have called on skiers to avoid off piste activities over the coming days.

At Tignes an avalanche from a couloir on the north-east facing Rocher de la Grande Balme (2882 meters) has crossed an open blue run at 9h50 on Tuesday. About 25 skiers were in the path of the slide but after an extensive search operation the rescue services announced that there were no victims.

Poor weather and visibility hindered the search operation, rescue helicopters were unable to fly in the conditions. The slide was to the right (looking down the mountain) of the Tichot chair in the Val Claret sector crossing the Carline blue piste. The slopes are East to North-East facing with the base of the slope at 2100 meters. The debris was 50cm deep in places and some skiers were partially buried. Fortunately the slope is close to the main resort with vehicles able to approach the base of the slide.

The avalanche risk off piste for the area had been set at 4 / 5 by Meteo France but the day before local guides said it was "bordering on 5" and locally there had been talk of raising the risk to 5 / 5 for Val d'Isere/Tignes resort. Most runs in the resort were closed due to the conditions which meant that more people than usual were on the run at the time of the slide.

There has been up to a meter of snow in the area over the last 72 hours accompanied by storm force winds, first from the south then switching to the North West. Meteo France had warned of "large drifts on lee slopes with hard and soft slabs formed by strong winds from the SW and NW at altitude and by a SE (foehn) wind at valley level. Large natural avalanches will occur, particularly on lee slopes, even roads could be affected. The risk of skier triggered avalanches remains high"

Christian Reverbel, who has 45 years experience running French ski areas, said that the "avalanche should serve as a warning to skiers that the slopes are very unstable at the moment". Avalanche accidents on piste are very rare. A Russian skier was killed by an avalanche at les Arcs in 2013 and in 1992 7 people were killed by an avalanche at Val Thorens. Val Thorens told Pistehors that they had considerably improved their resort safety since that incident. Resort security at Tignes said the avalanche occurred in a couloir that doesn't have any automatic avalanche control and that an unusual conjuncture of weather may have led to the slide. They would be reviewing their security in light of the incident. Mayor, Jean-Christophe Vitale, said that climate change may be to blame for changing patterns in avalanche activity.

In the Hautes-Alpes a skier was killed by an avalanche in the Vars/Risoul area while skiing near the Clos Chardon chair. His disappearance was reported in the late afternoon by his daughter who works in the resort. The PGHM found the 52 year old local man under a “micro avalanche that had never the less killed him”. The avalanche risk was 4/5.

At Valfréjus in the Maurienne three Dutch snowboarders have been killed following a very large avalanche at around 16h00 in the couloir du Seuil. Known to be dangerous, a Russian skier was killed in the same couloir in February. The alert was only given late in the day by a friend of the group after receiving an SMS saying they were lost. None of the victims were equipped with avalanche beacons. The avalanche risk was 4/5 with Meteo France warning that all slopes were at risk from very big skier triggered slides. The fracture line was 2 meters deep in places and avalanche debris is over 6 meters deep. So far only the bodies of two boarders have been recovered but equipment from the third victim has been found.

At Abriès in the Hautes-Alpes a local man was very seriously injured by a avalanche. The victim was rescued by a high mountain guide who witnessed the slide. Equipped with an avalanche transceiver and Airbag the man was dragged 500 meters. He lost his feet in the incident.

The prefect for the Hautes-Alpes has appealed for all backcountry enthusiasts to be very careful in the coming days and has advised against any activity outside of open ski runs saying that off piste skiers are not only risking their own lives but that of the rescue services. 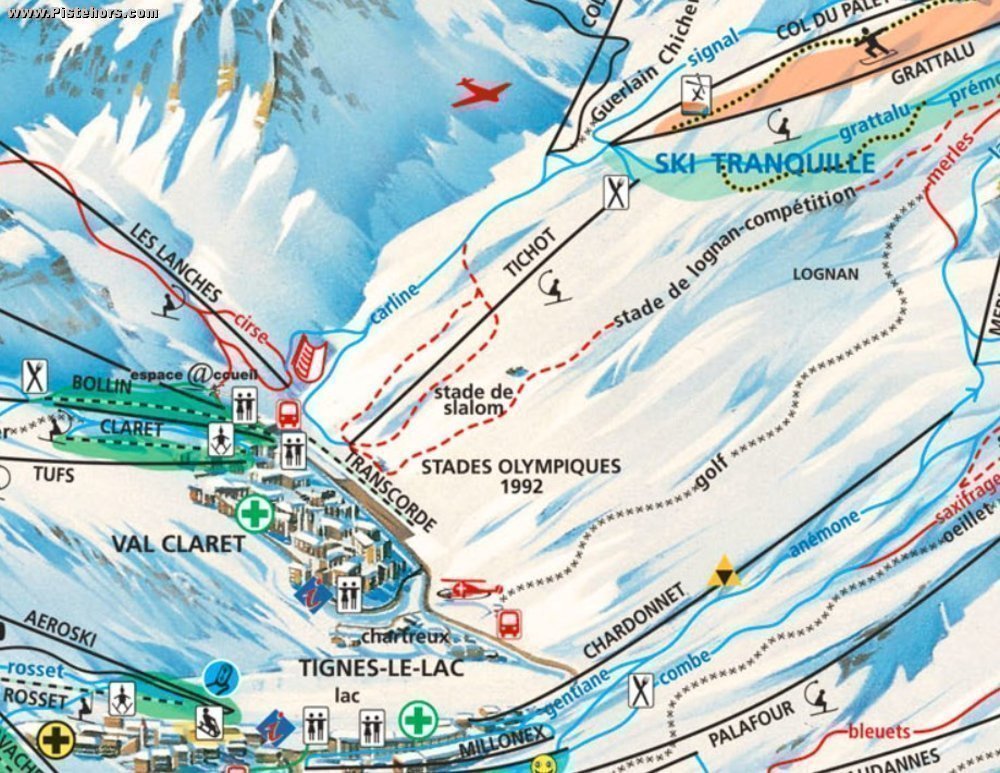