I'd wondered for a long time if it were possible to reach the Rocher Noire from the Pipay side of les 7 Laux. Normally you climb from the col du Barioz. The climb via the blue piste to the Pincerie chalet is relative steep. They were snow clearing for some reason. It seems like a big effort when all the snow will melt anyway over the next month. The Fanges area to the col de Merdaret (1798 m.) is pretty flat and great skiing with just a small surface melting of the snow, indeed you could choose your slope depending on what kind of snow you liked.

I didn't climb from the col as there was no snow on the south facing slope, it would have been interesting if I'd had more time and been earlier. Instead I skied down to the Chalet de Merdaret, around 70cm of snow depth on this flat plateau. Then I skied back via la Plagnes but keeping on snow so not following the path exactly. I then followed the blue piste back from the Chalet de Pipay but had to walk 50 meters because the slope was too steep and rough on cross country skis above Pipay.

An interesting morning out, conditions are great between 8-10h providing you have a refreeze. Maybe not the last of the year?

Good refreeze. Spring snow of every type depending on slope aspect and desires. Still 70cm on the plateaux at 1700-1800m. Snowline around 1600m on NW slopes apart from the piste which is snow covered to Pipay. 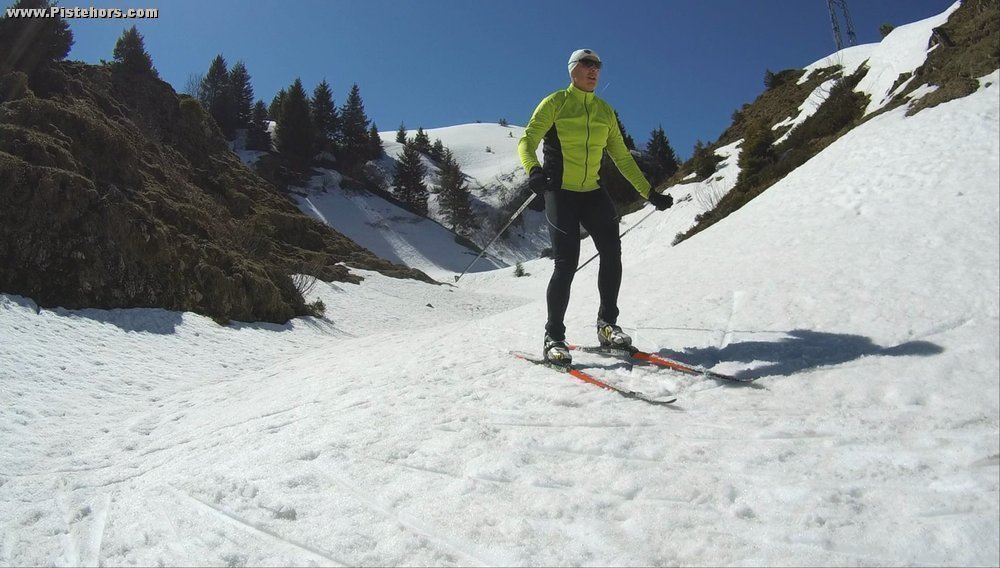 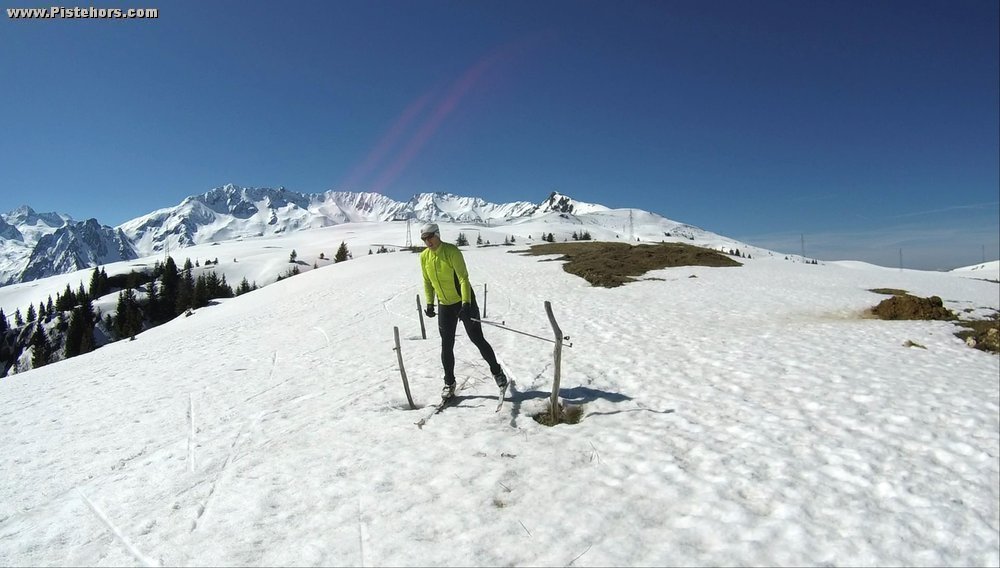