Thibaut had suggested we ski the Couloir en Virgule. I must admit I'd almost given up hope of skiing this iconic couloir this year due to the conditions but on Sunday there had been enough snow at 1100 meters and it had snowed again to low altitudes during Monday. I checked the weather and the forecast was for warm today so why not bag it in the morning, early like?

After meeting at 6.30 at the Autoroute peage we set out at 7am, normally it is just under a hour to the summit and there were a couple of guys (and a sheep dog) in front. We seemed to be catching them up and indeed the guy with the dog turned around at l'alpette but the other guy pulled away from us and was nowhere to be seen at the start of the couloir, just a ski track. It was now 8h15, we'd taken more time than we'd hoped to climb and had to get a move on. The couloir had about 20cm of fresh snow, perhaps 30cm in the center, and this had more or less covered the old tracks. Excellent. A tree had also fallen blocking the start of the couloir proper. Thibaut skied around this and I skied underneath. The skiing was near perfect, the powder was a bit heavy but this wasn't necessarily a bad thing. The bottom of the couloir was blocked with old avalanche debris. Thibaut remarked you wouldn't want to be here when that lot came down. The forest skied easily, we tracked across to the path rather than skiing down and the forest trail and piste were easy skiing. All in all an excellent morning's skiing.

20cm of fresh but slightly heavy powder in the couloir. 10cm on the forest trail and ski runs with a base. All good to ski. Overall impression was the snow was stable but we didn't test the banks of the couloir too much. 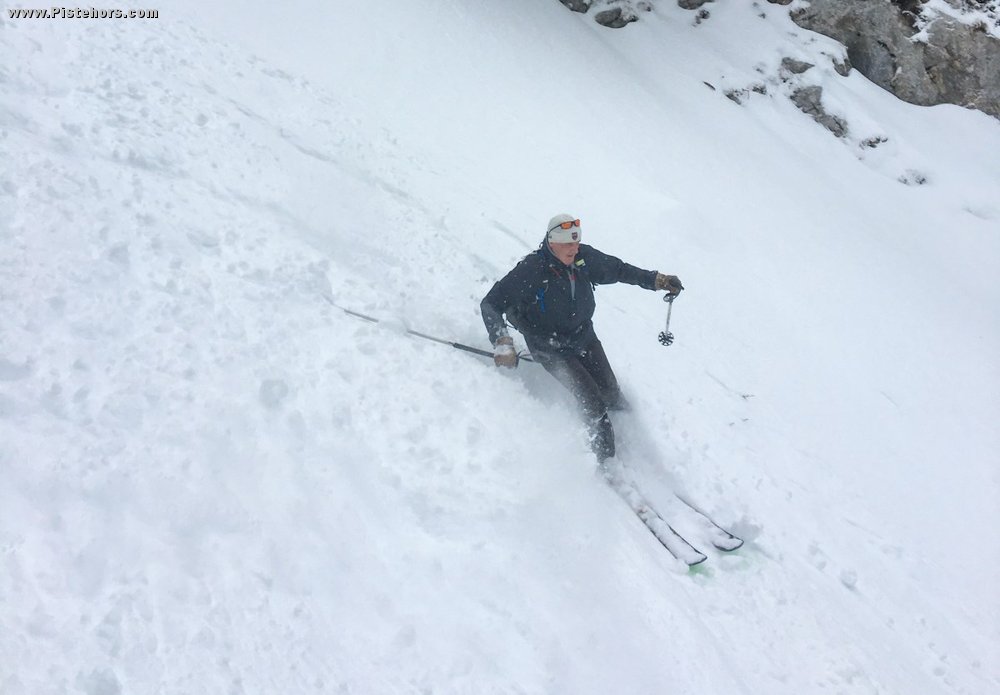 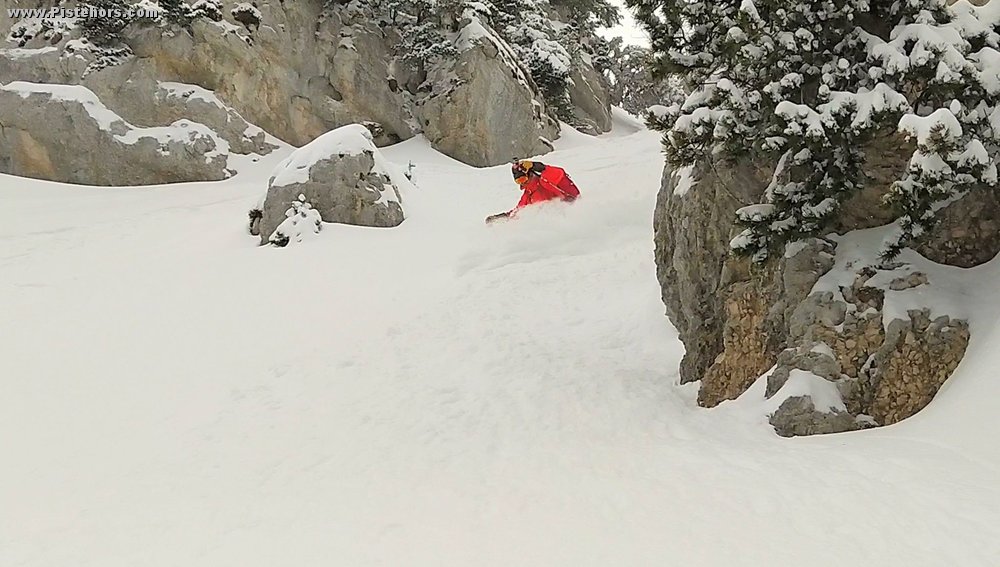