Would the weather be ok, would it not? Finally we set off from Grenoble under drizzly skies but with the chance of sun. Arriving at resort, well at least you could see a few hundred meters. We parked almost on the pistes and skied down to the Beranger area. The fresh snow hid a number of miseries on piste, there obviously hadn't been much snow left in the days running up to the closure. Runs over on la Grande Sure were better, the lift to Reculas was running but it was not obvious if you could ski down or not. All in all little info about what was open, or not. We finally took the tram up to the Pic du Lac Blanc and skied the Sarenne. Starting in zero viz, skiing through walls of fresh snow at the top, then clearing then plunging into a second layer of low cloud. By the time we exited the tot was miles ahead but I caught him by the col de Sarenne. The road snow free, as were parts of the ski slope. We had to walk 100 meters lower down.

We decided to try another Sarenne as the weather had cleared up. But the resort had closed the run around 13h45, so we skied a little bit more but really the snow was too sticky now so headed home. That's maybe it for this year.

15cm of fresh snow in the station overnight. Close to a meter over the last 48 hours at the summit of the pistes. In the afternoon conditions were sticky below about 2000 meters. Very sticky.

Good conditions on the Sarenne, even if we had to walk 100 meters near the end. 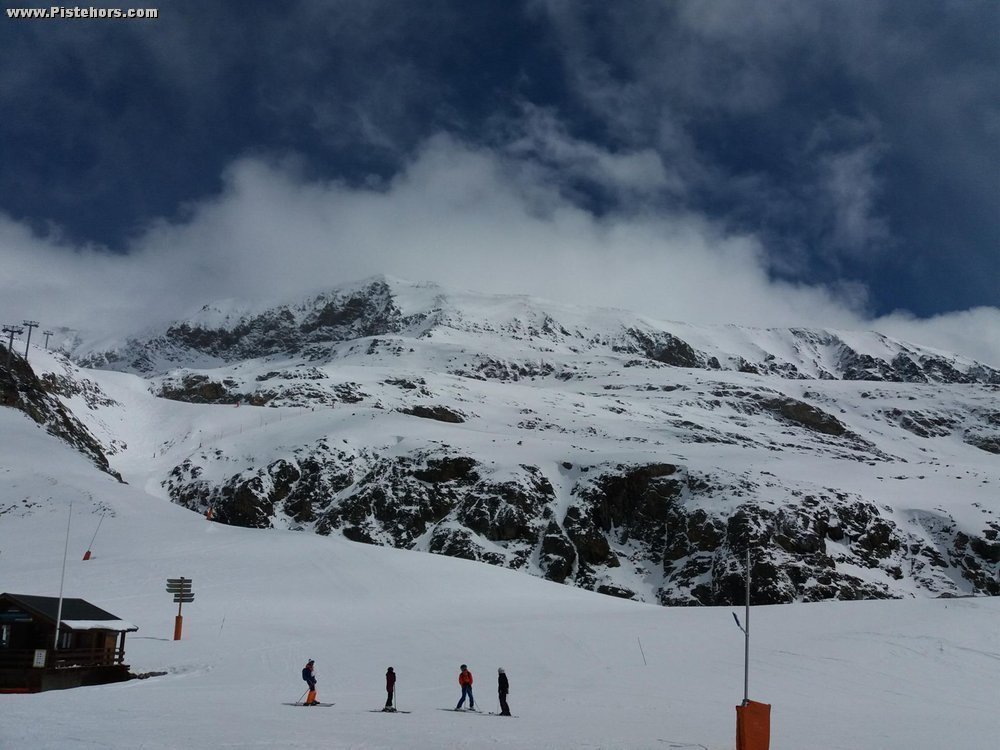