I was surprised to see half a dozen cars in the Pre Orcel car park above le Touvet when I arrived. I guess it was going to be a busy Sunday. I set off with trainers and encountered snow the moment the path started climbing - it was pretty icy in one or two places. I put my skis on at 1750 meters as the trail flattens and skied up to the Croix then down the other side taken a longish route to avoid steep slopes, the snow was still quite hard. I then made my way to the North end of the valley before skiing to the south, I didn't go to the snowline on the south side due to lack of time. I climbed up to the Belles Ombres col with some ziz-zags, the snow still quite good. In fact I could have stayed lower for the Belles Ombres as skiing back down to the col was quite technical. I cross dozens of walkers surprised to see a skier, probably a bit less surprised when they encountered snow - judging by footwear many were expecting a clear run to the summit.

Snow from 1660 meters. The refreeze wasn't quite as good as Thursday so you had to stay on the east side of the valley and avoid slopes that had taken the sun early. 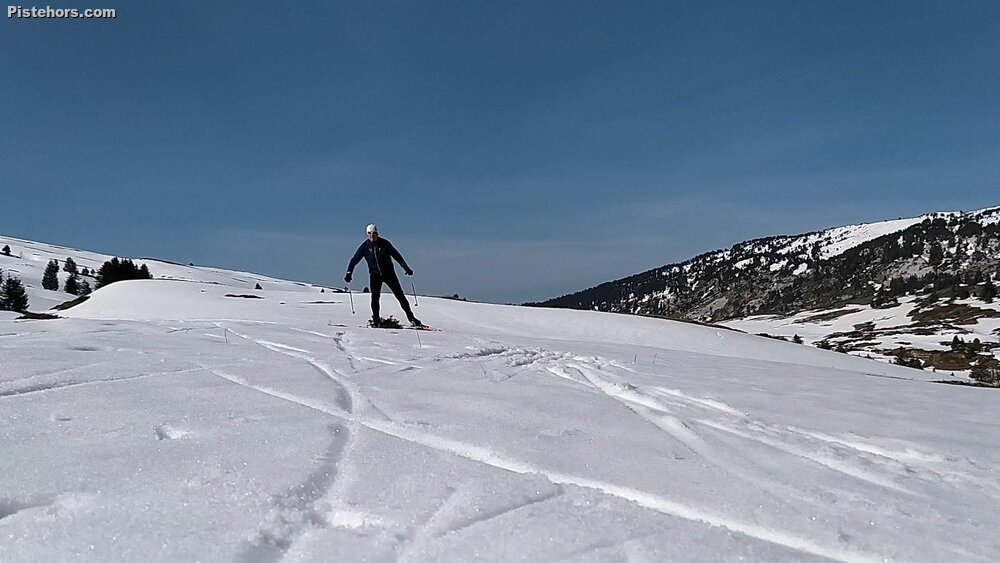