From car park at the old hospital (les établissements) continue south on a track for 600m before zigzagging to a crossroads (1km). Continue up the slope to the Cabane de Berger (2.1km) and Neutrino Radio Telescope. Don't take the first fork to the right along the top of a stone wall but continue to 2.5km where an obvious trail starts to climb (yellow marks on rock). This is the Pas des Terreaux.

Follow a path to the NNE across the Plateau. At 6.9km you reach a section of eroded limestone. Follow the cairns as best you can, there are small cliffs on the descent to the Point du Midi. At 7.5 km you reach the Chiminée du Paradis, a narrow crack requiring some climbing skills. (2h45).

Once through the crack continue along the plateau on a reasonable track mixed with some rocky sections. You track past a small summit on your right to reach the Pas de Rocheplane (8.5km - 3 hours). Follow the Pas de Rocheplane trail (red marks on rocks) down the east side of the Chartreuse ramparts (small cliffs, exposed) to reach the Source de Sanglier (10km, 3h30). Follow Tour des Balcons de Chartreuse or the forest trails to the south to return to the carpark (12.5km/ 1100m climbing). You will cross the ski slopes of St Hilaire du Touvet (11.5km).

Comments on route: Danger of stonefall on the Pas des Terreaux. Don't take the route at the end of spring where there is a risk of thaw. There was a large landslide in 2010 which removed some of the old path - the landslide has a rope section. The path is extremely narrow and exposed. It should only be attempted in dry conditions. The Chiminée du Paradise requires some rock climbing skills but there are good footholds. Take care of potholes and rough terrain on the plateau. It would be easy to twist and ankle.

Access: Follow signs to the Plateau des Petites Roches. Then St Pancrasse du Touvet. At St Hilaire du Touvet follow the road to the old hospital, this is marked as private but you can park at the top. Do not leave anything in the car due to thieves.

Equipment: A climbing helmet would be a good idea for the Pas des Terreaux.

Description: Continue from the Pas de Rocheplan to descend by the steep Pas de Montbrun, about 1km further along the ridgeline. You come across a break in the ridge and a suspended bowl. Follow a ridge in the middle of this bowl with couloirs on either side. The path tracks south down a very steep slope to join the base of this couloir (blue marks).
Rating: 4
Orientation: East 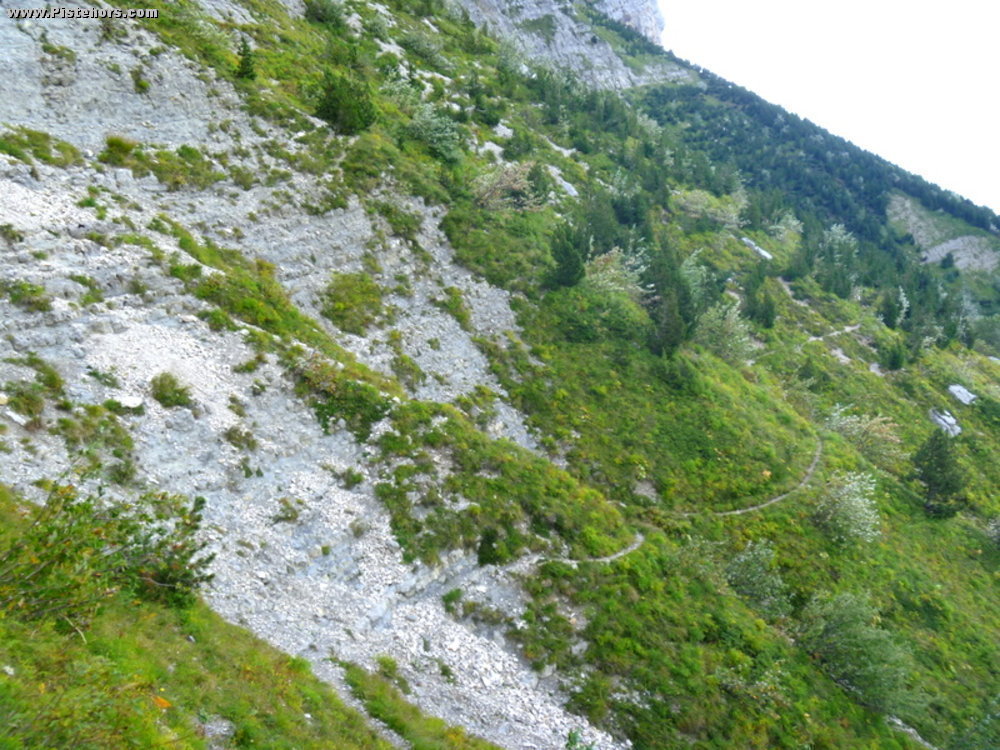 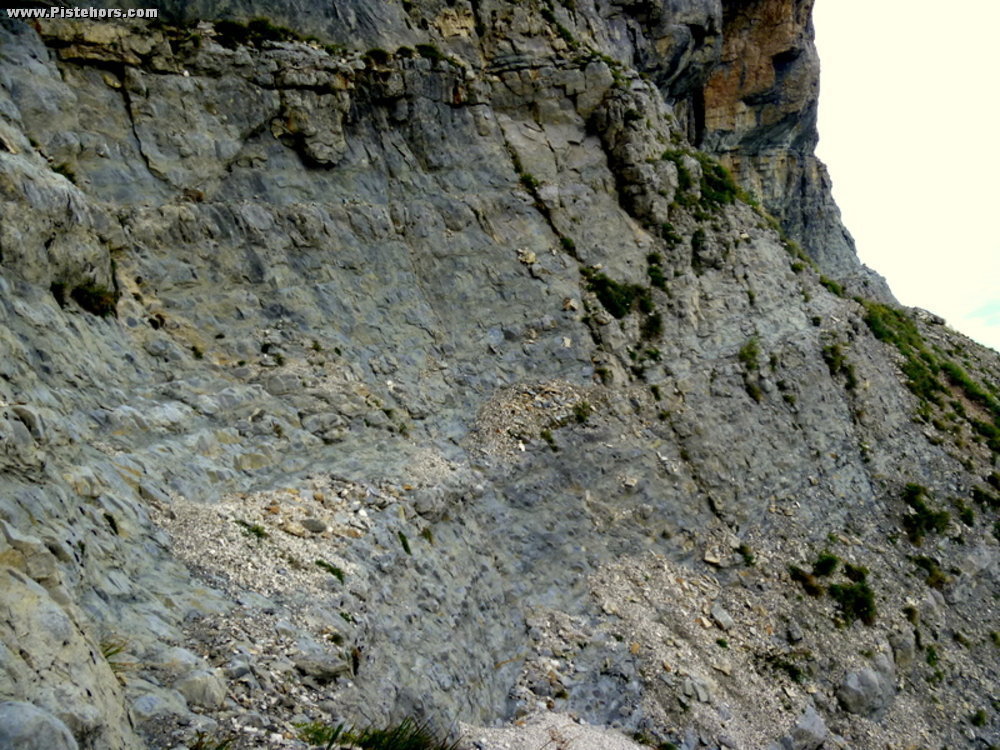 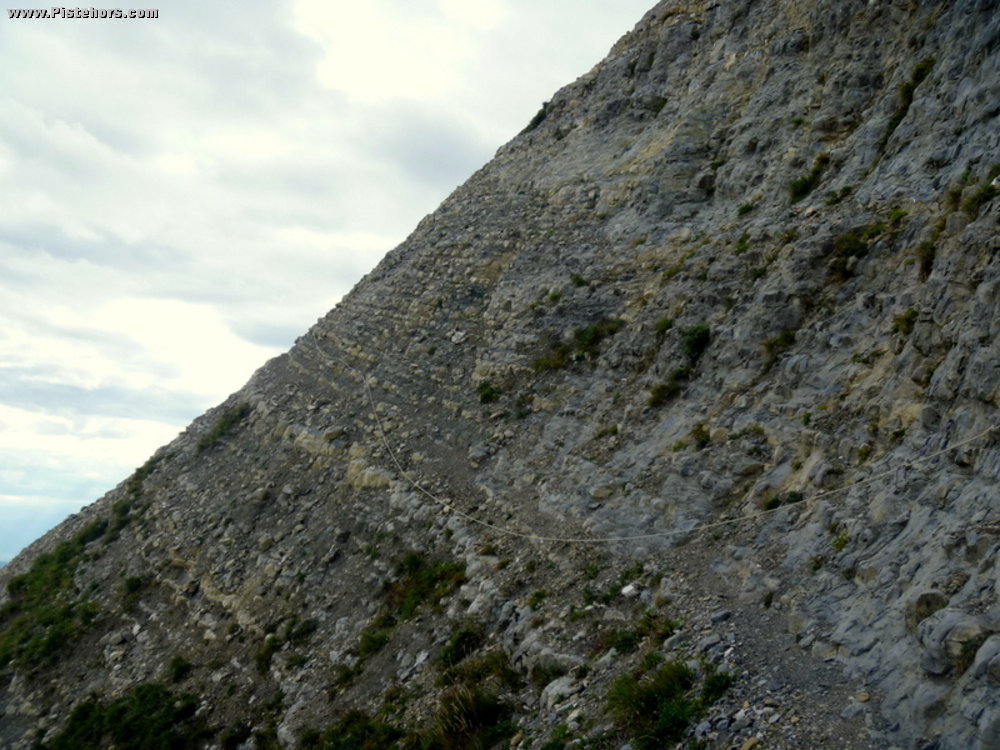 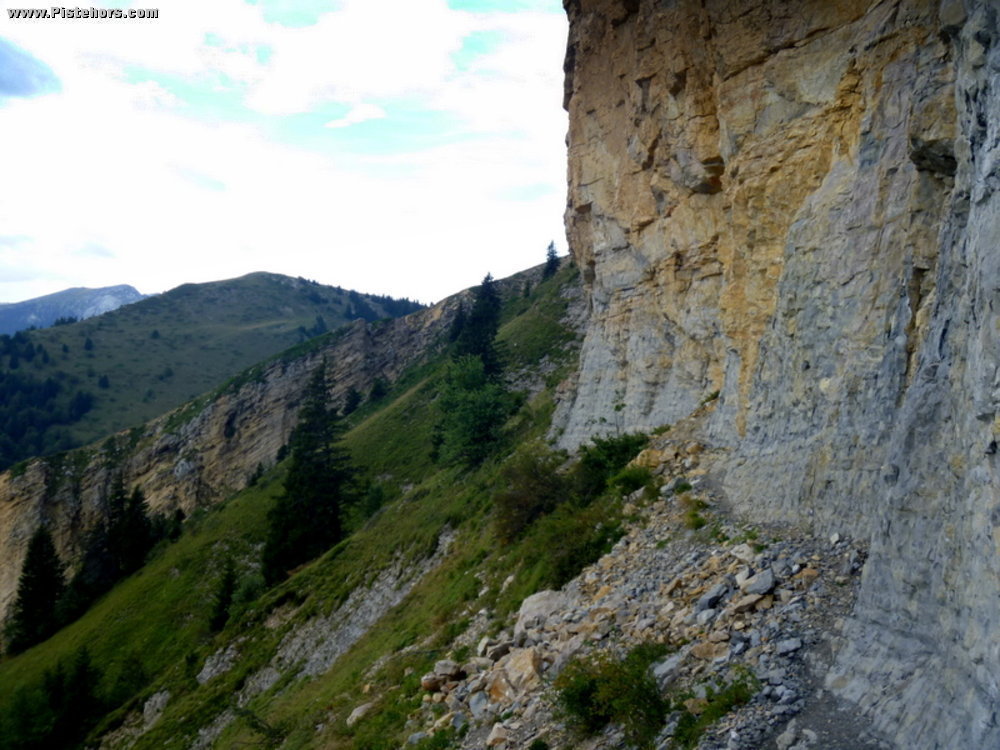 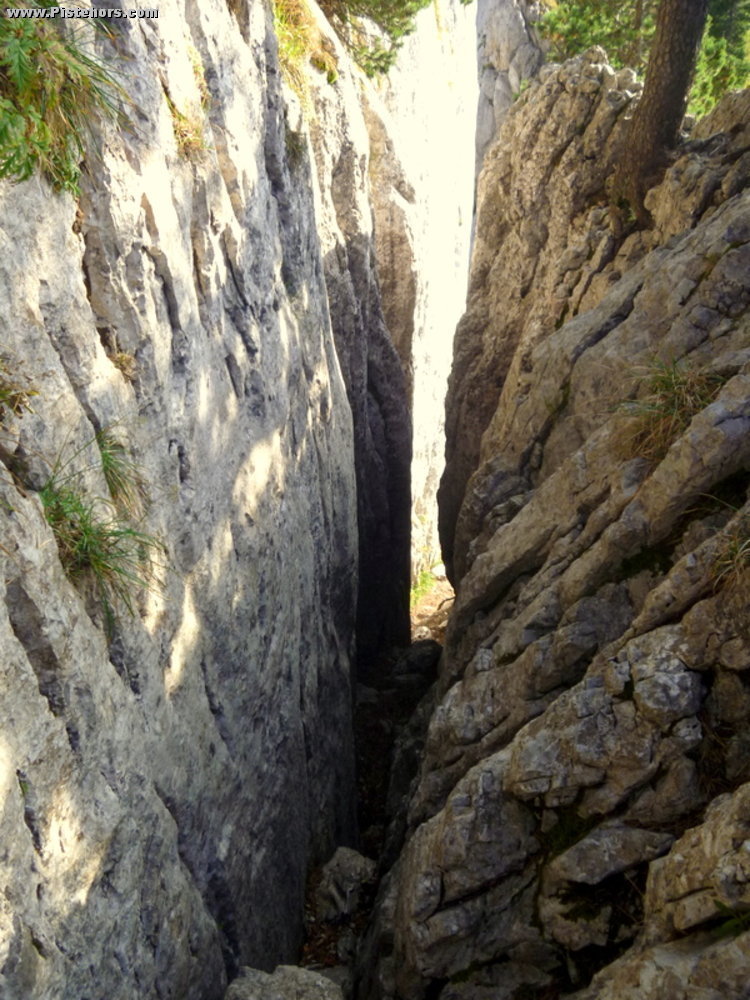 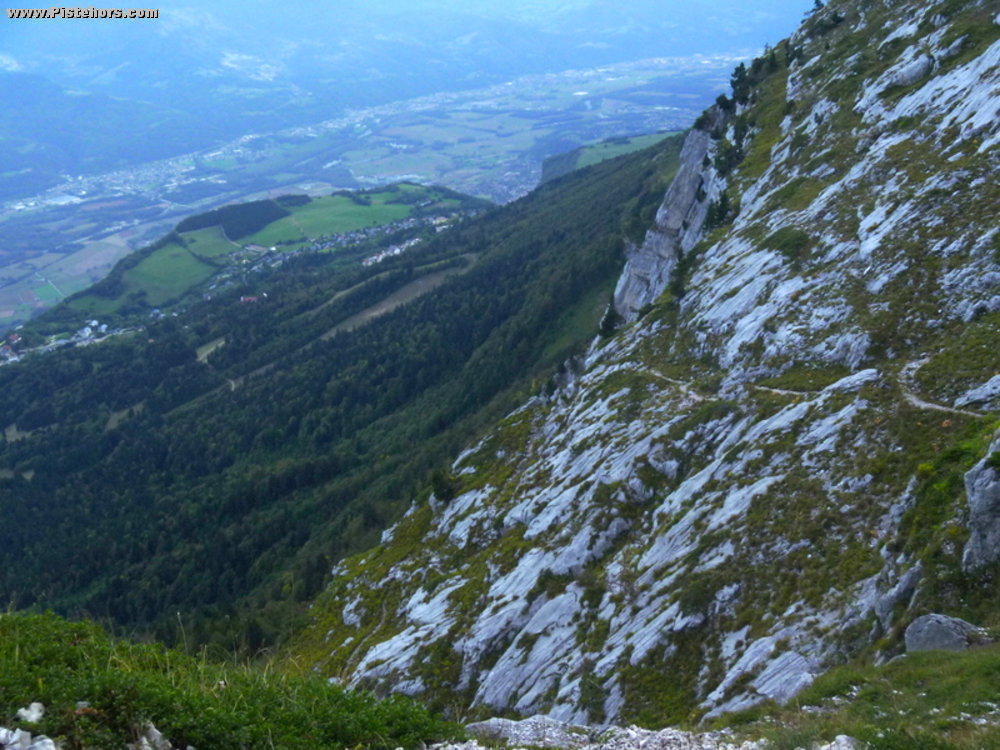