I took advantage of a weather window just after lunch to tour to the top of the Bec Charvet from les Meunieres. The final hundred meters climbing to the summit was not fun, lots of tree roots and not much snow. The descent down the north side was much better although the couloir did not really have enough snow. The clearing was very good to ski with about half a meter snow depth. I skied down to1290 meters through the woods, you had to aim for thin trees and cleariings as there is not enough snow under the pine trees to ski.

The climb up to the col du Coq was on a well made snowshoe "motorway", very easy skinning. I skied down the road which was like a ski piste finally cutting off to ski across fields above la Baure and back to the car. The south facing slopes had a breakable crust, ok to ski but it was possible to avoid by changing slope angle a bit. The crust seems to be a sun crust as it was not present in the shade of trees. It was snowing lightly when I finished. 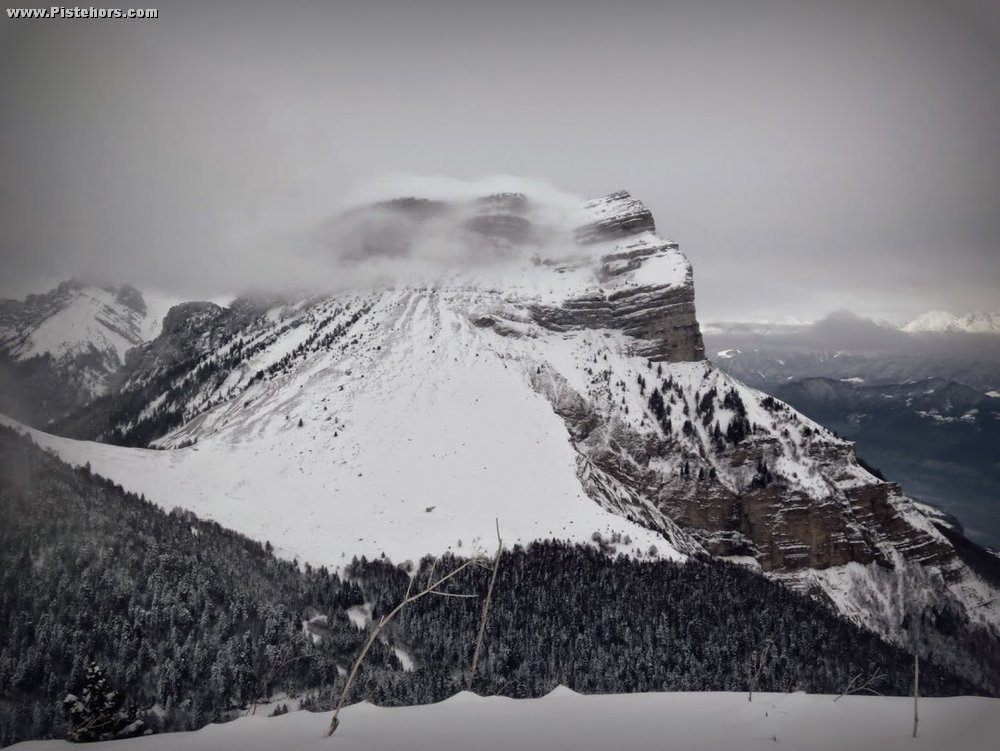 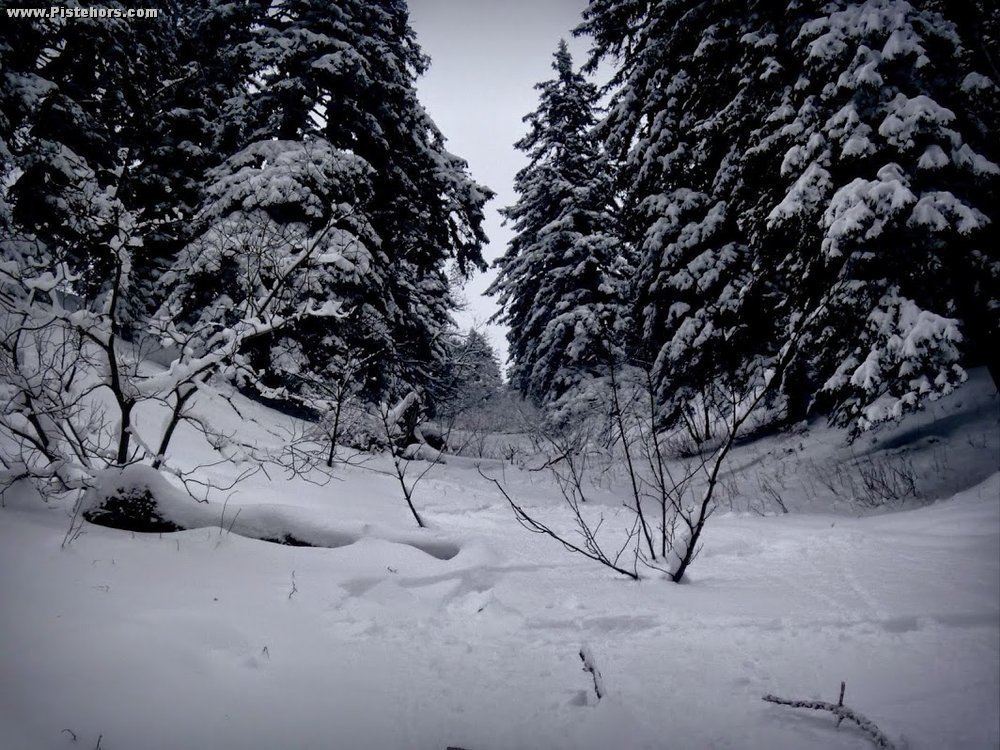 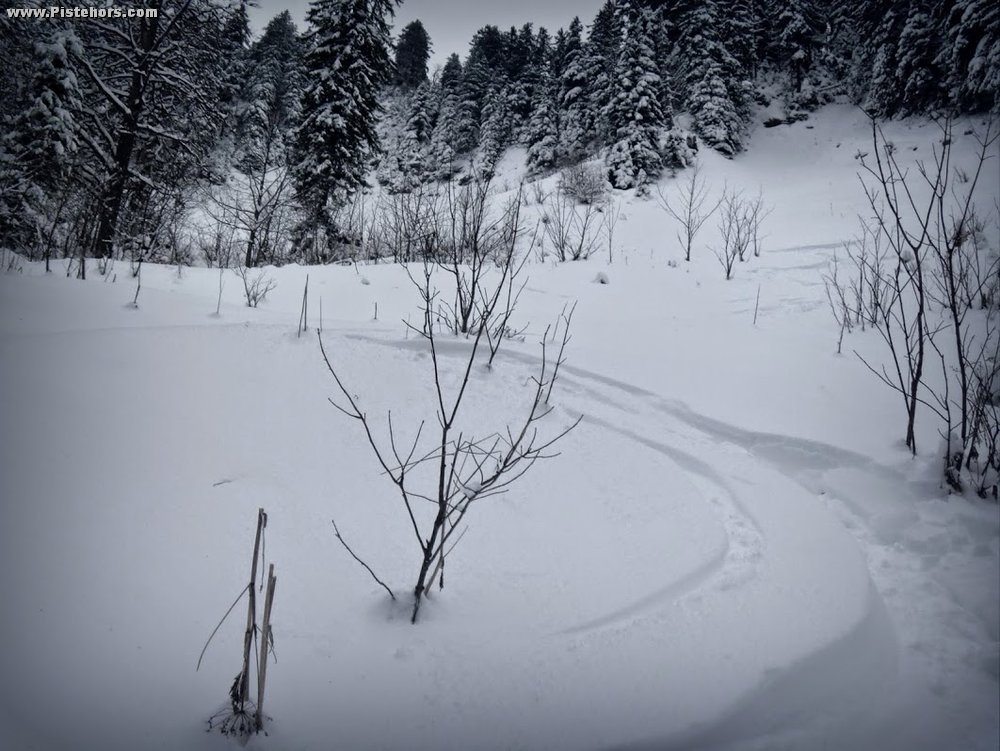