Mont Rachais is a classic for the Grenoblois. I’ve done Mont-Jalla -> Bastille years ago but Mont Rachais means you descend from the very summit of the mountain behind the Bastille. Basically if you stand by the “boules” in the town center by the river you climb to the col on the right below Mont St Eynard as if you were heading to the Col du Porte (D 12 from la Tronche) and at pt. 764 (la Chapelle) just after the cafe des Alpes take a small road to the left. Most of the climbing is done on tarmac roads to make life easier. You join the GR9, at pt 898m take the right hand hairpin to the la Quichat and an old gun installation that guared the Col de Vence. At pt 1014m take a singletrack to the south that follows the ridgeline to Mont Rachais (1046m).

Descent
The descent is not too steep but there are a few rocks and steps, they should all be rideable if you have a good bike. Rejoin the GR9 lower down at 870m, it is best to take the right hand hairpin just before the GR9, this avoids a step, rocky, dropoff.

ViergeNoire
The descent to the Bastille features a few easy hairpins. After a short descent to the S/E take a sharp left hand hairpin marked by a large rock step, do not carry straight on by the steep “slalom” trail. A little lower down take the next left for a steep dirt descent that joins a wide stony track, either continue straight on or take the track for a couple of turns to join the track that leads to the Vierge Noire (Black Virgin). You are now on a singletrack that heads pretty much to the north and joins the Chemin de la Procession which gives good views over la Tronche and the south Belledonne. 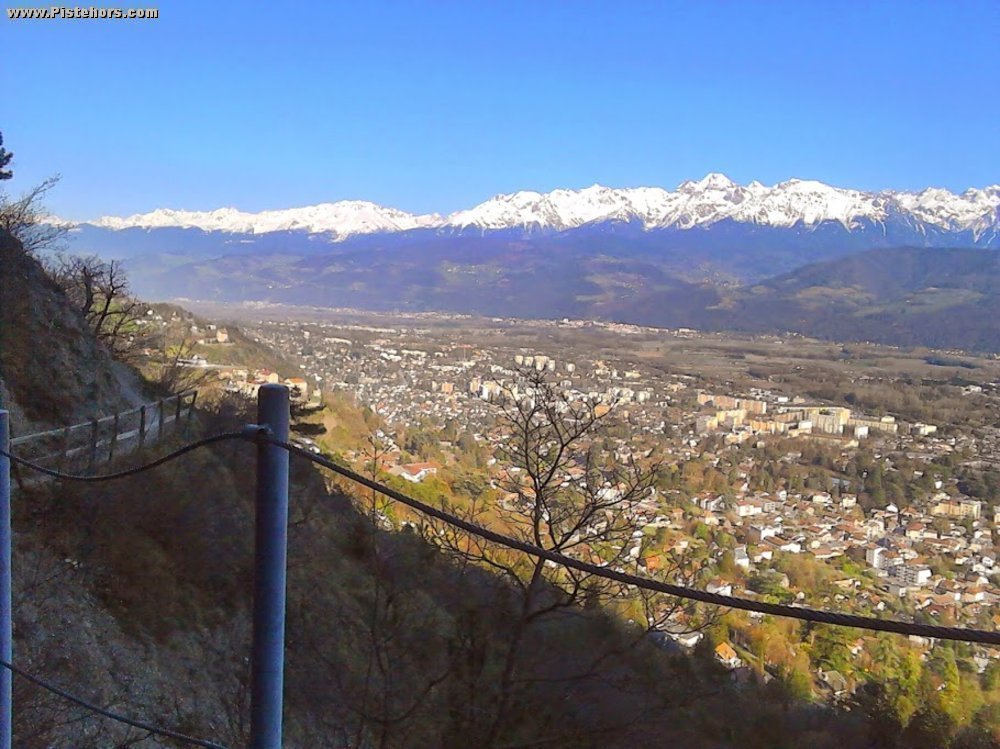