There was light snow forecast for Wednesday with a return to good weather for Thursday so I made sure to leave the day free. The freezing levels are very high at the moment so Chamrousse at 1650 meters seemed like the best local option. The lifts are open but I assumed there would be some closed pistes to climb on. In the end the Olympic runs didn't have enough snow cover for skiers but were ok to climb. From the Croix de Chamrousse I decided not to ski down to the lacs Roberts as I figured the climb up to the Col de Lessines would not have enough snow cover. Instead I took the east side of the Botte, a small summit and noticed that the north side of the Col de la Botte had reasonable fresh snow so added some vertical skiing down to the Escombailles lake.

I refitted skins and climbed to the Vans. I didn't have ski crampons but they would have been nice on the steep slope above the Col de Lessines. The ski back down the Vans valley was on a few cm of new snows. Very pleasant. I climbed back up to the col de la Botte and then skied the west face, this had sun on it but also had a coating of a few cm of fresh snow. The climb back up to the Croix was on the easy snow covered summer trail. I didn't risk the Olympic pistes on the way down although they were skiable with care but took the closed Niverolles red which again had good snow. Lower down I used the pistes which were hard due to manmade snow.

Pretty good conditions in general, especially with the few cms of fresh. 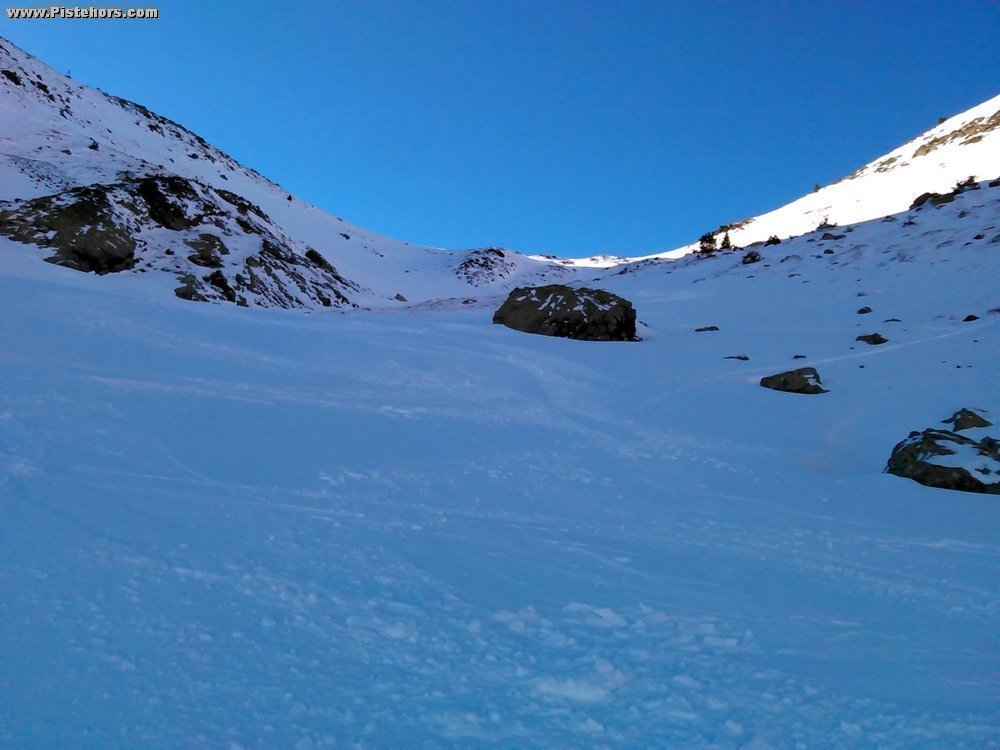 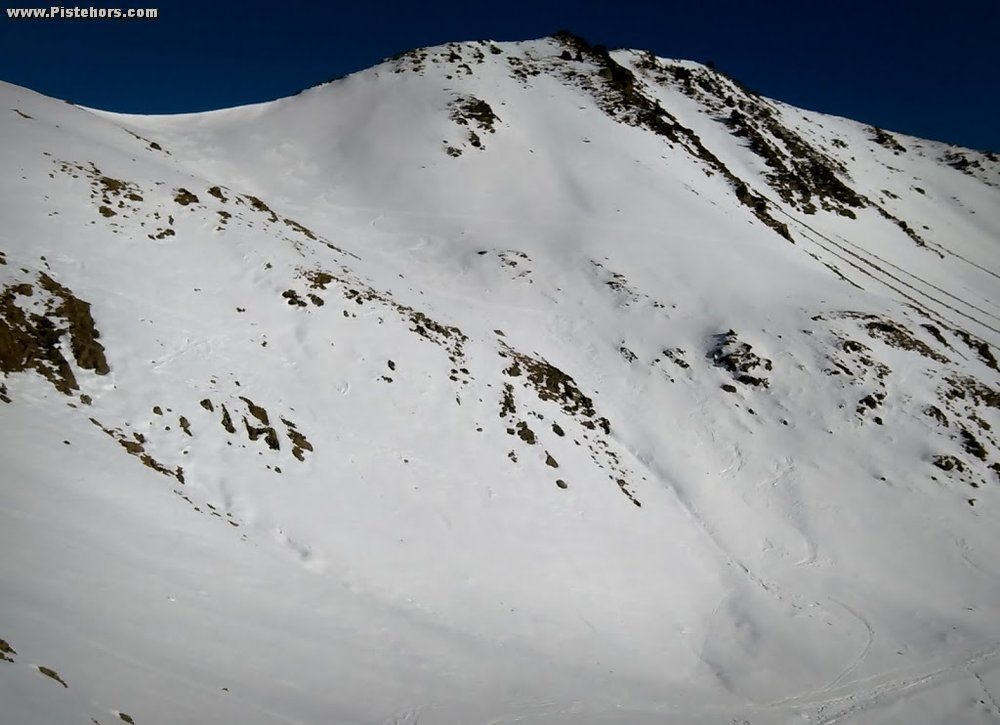