I parked at le Meuniere and took the fields under the pylons towards the Col du Coq. Arriving below the col des Ayes the snow was still pretty hard at 10h15 so I climbed to ski the SE face of Pravouta. The refreeze wasn't great, at the same time it was not fully transformed at 11h00 so a mixture of good and bad snow and a lot of old tracks.

I then climbed to the Dent de Crolles. The snow was still hard at 11h00 so I fitted ski crampons almost right away then crampons proper under the Pas de l'Oeille for the climb to the summit. The snow was still quite hard when I reached the top (12h) so I waited with another skier to 12h30. It is a bit of a compromise because if you wait for the "crux" - a short but steep west facing slope which is very exposed (250 meter vertical cliffs underneath somewhere) to be in condition the rest of the skiing will be in soup. Anyway the crux was soft enough to let me traverse to the left bank, make a turn in security then ski the traverse to the access couloir. This had a purge in it, probably from yesterday afternoon. A warning to take care if skiing these steep, exposed slopes in the current very spring like conditions.

The prairie was transformed but there were too many old tracks for it to be really great spring skiing. Below 1200 meters the snow was humid through its whole depth - maybe the inversion and the pollution cloud had stopped any refreeze at this level. 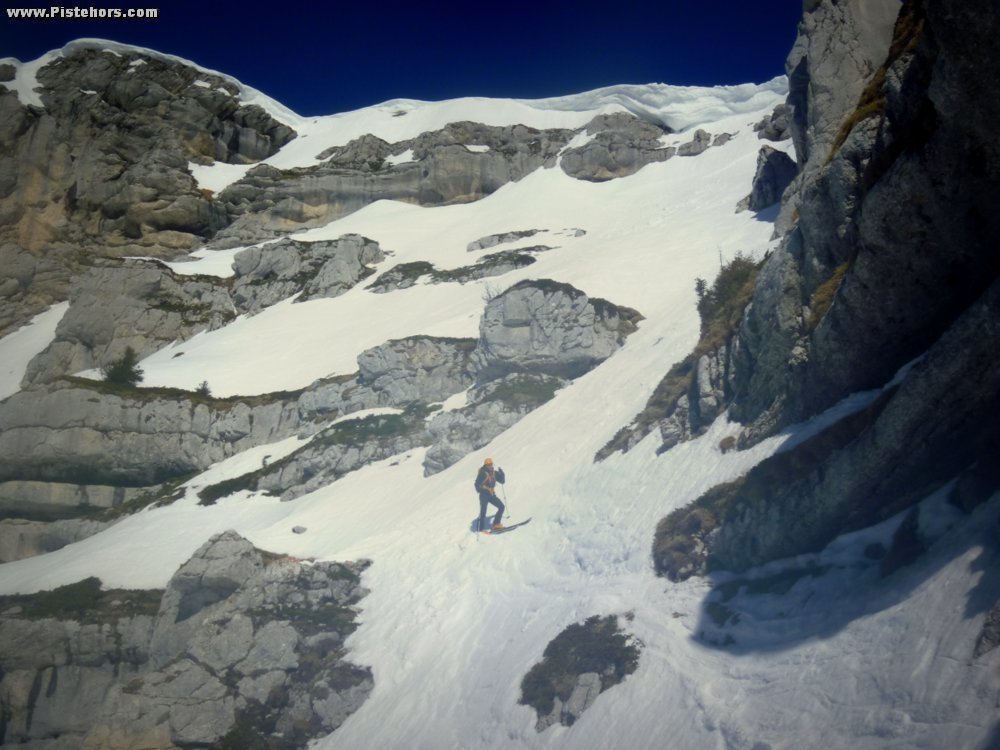 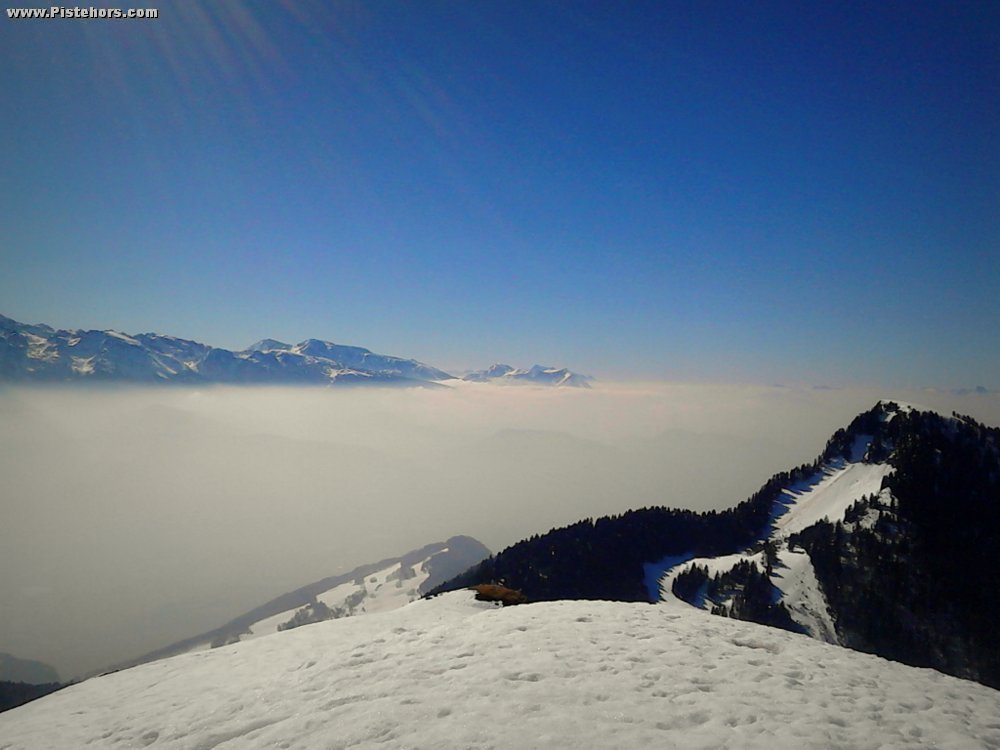 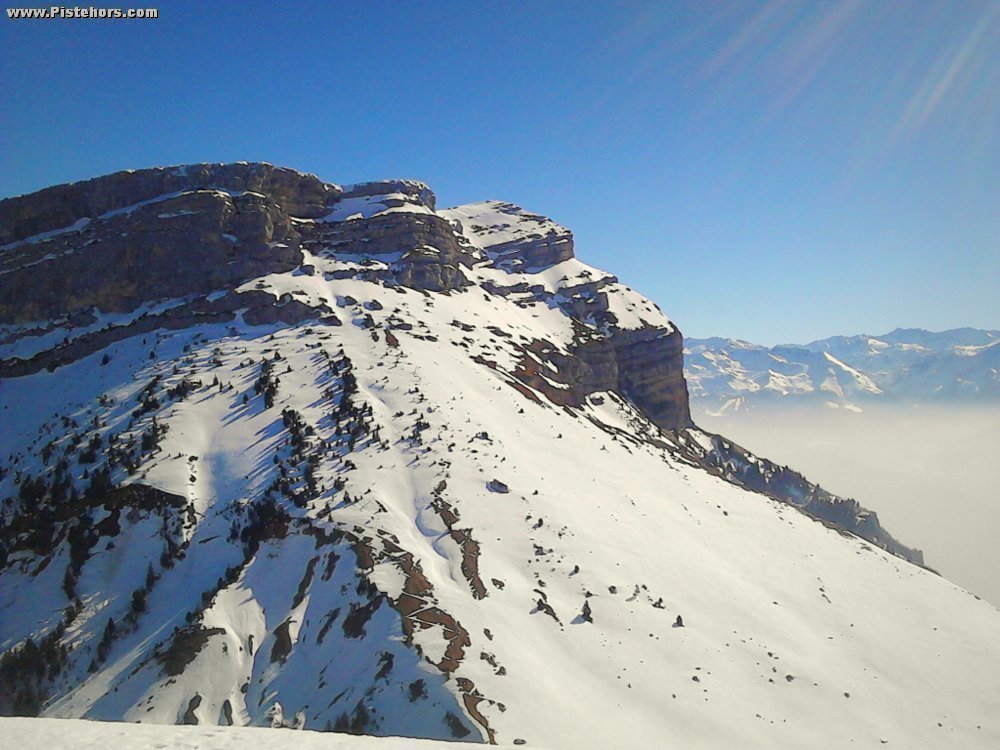 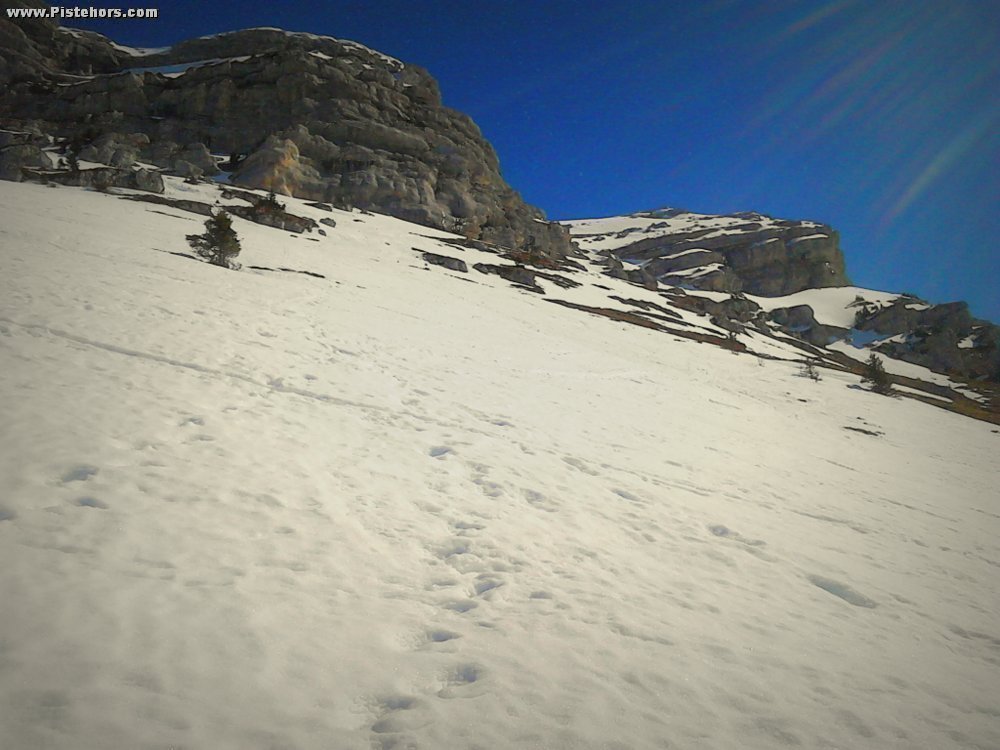 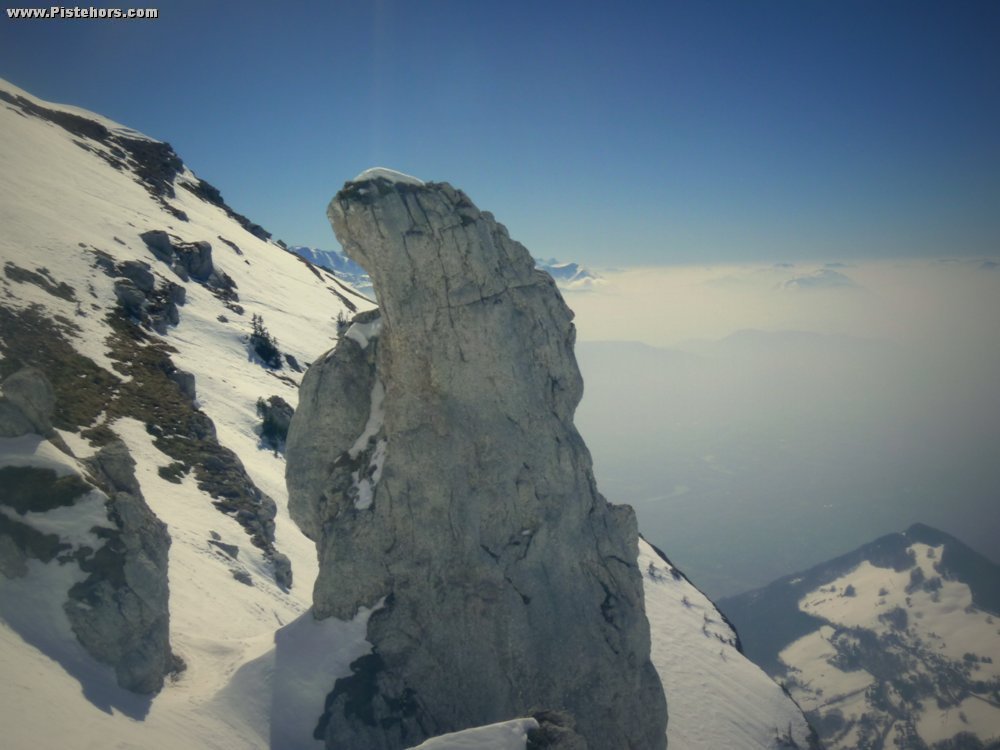 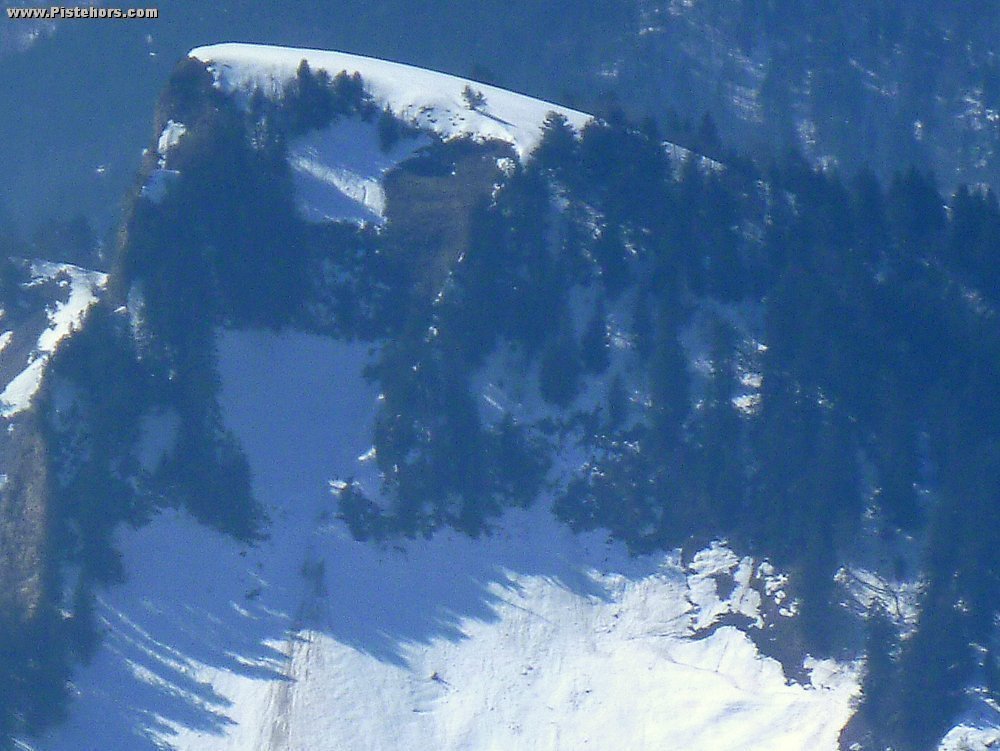