The Cross country ski area had opened over the weekend and the pistes had been prepared but was closed today. The zero-iso was around 1700 m on Sunday coupled with rain. With the clear night skies the pistes were frozen solid but some fresh snow started to appear at the Chalet around 1550 meters. This was on top of a rain crust. It didn't bode well but 50 meters higher up and the top layer was fresh powder which got lighter as I climbed. There was a good trail from Sunday but few people seemed to have left this, probably due to the poor visibility. I say trail, it was pretty much a ski piste to 1750 meters due to the passage of a lot of snowshoers and skiers and also due to the fact a new snowshoe path has been cut through the woods from Pierre Roubet towards the ridge.

I did a first descent from the Cross to the edge of the forest but I can't say it was great. The snow was perfect but what looked like a huge field of untouched powder hid a multitude of small bushes just below the surface which made for poor skiing. Climbing up to the ridge I took the "half pipe" on the east face which had good snow then skied back down to pick up the snowshoe trail. Not as good as last week but that it largely due to the lack of good base.

Route Taken: Added a leg down towards the woods on the W face.

Access: Black ice on road from the Col du Barioz 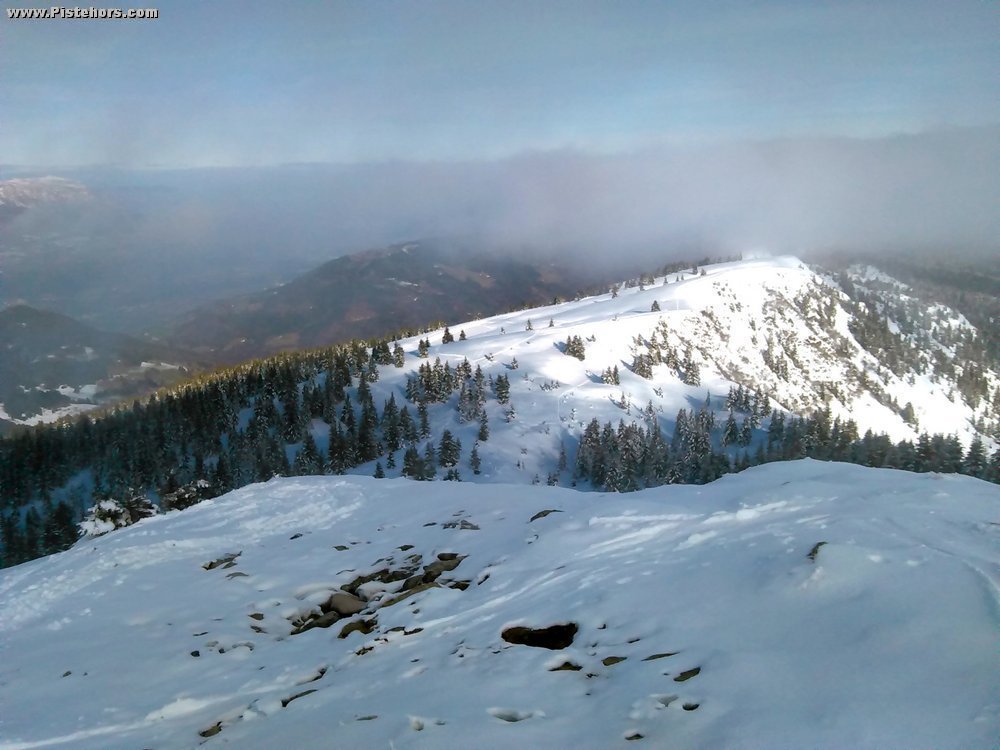 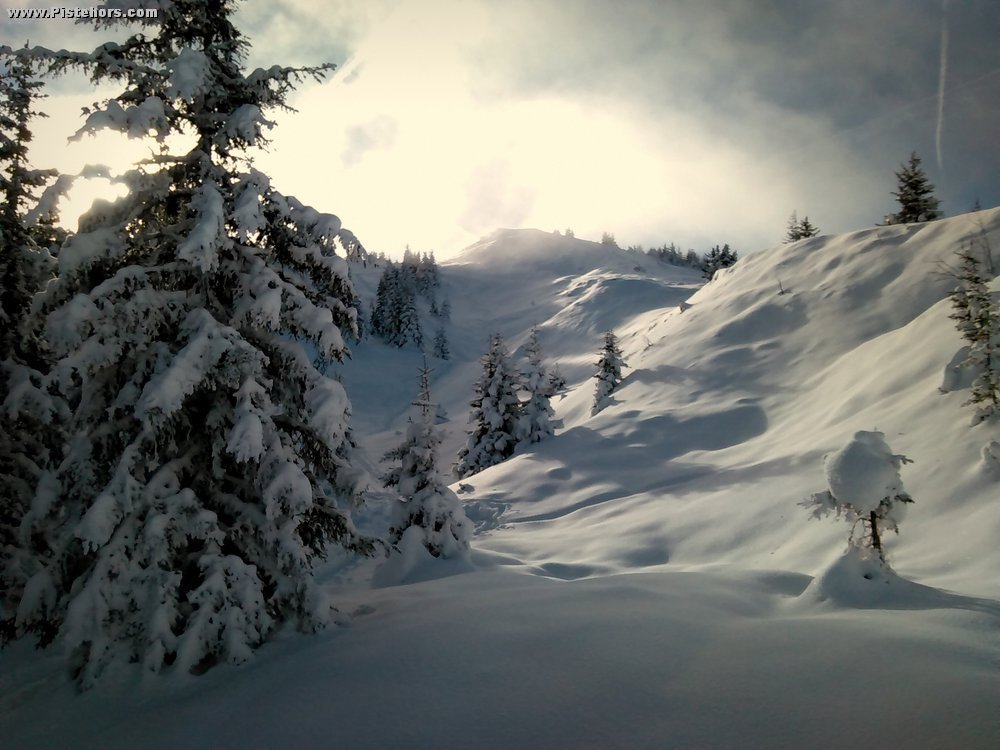