Nordic Skiing: First and last at the Col de Marcieu

I've missed chances to ski the trail from the Col de Marcieu to St Hilaire this year. It is a really nice route. Apart from the climb at the Col de Marcieu it is undulating terrain, although you cover quite a lot of V+/-. I started at 11am and the snow was sliding well. The 500 meters from St Hilaire wasn't bashed but as soon as you reached the (closed) ski slopes of St Hilaire things were great. Below the Sources de Sanglier the path is narrow with some debris but things quickly improve. I took the piste de la combe noire. The Playeres black was not pisted, it must be a pretty hard ski down as I've done it on a mountain bike. A few skiers going the wrong way on the combe Noire for some reason. By midday the snow had got a bit heavier on the haul back to St Hilaire but as soon as the slopes flattened it was possible to put the hammer down a bit.

The slopes will probably be skiable for most of this week but as the resort is now closed will not be prepared. 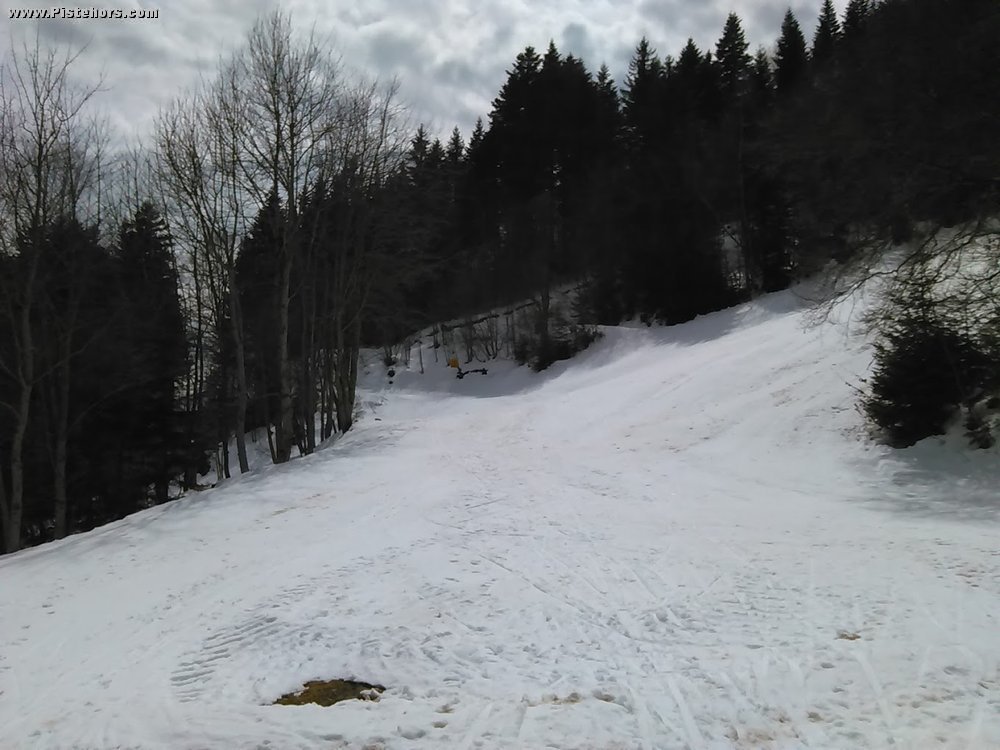