The Couloirs du Midi are five north facing couloirs that form the "extreme skiing" area of the ski resort of les Karellis. From the Arpons drag lift, or better the Chaudannes if the south facing slopes are open, traverse under the Grand Chible keeping as much altitude as possible until you reach the access couloir to the Paroi du Midi / Pas de Perpuité. This is ski touring route so you may pick up tracks. Climb to the col then the summit of the Paroi du Midi - about 200 meters of climbing. The five couloirs presented here are the most skiable but other variants are possible. You have a good chance of making your own tracks.

All the couloirs descend into the combe des Moulins, Pick up the track back to Albanne at Prario (watch out for barb wire fences). Then pick up the Ve piste to the drag lift at Albanne.

Possible as a ski tour either from Albanne or les Karellis. From les Karellis pass via the hamlet of la Plagne to rejoin the station by a green piste.

Don't descent too low in the combe des Moulins.

The combe des Moulins is avalanche prone under the slopes of the Grande Chible. 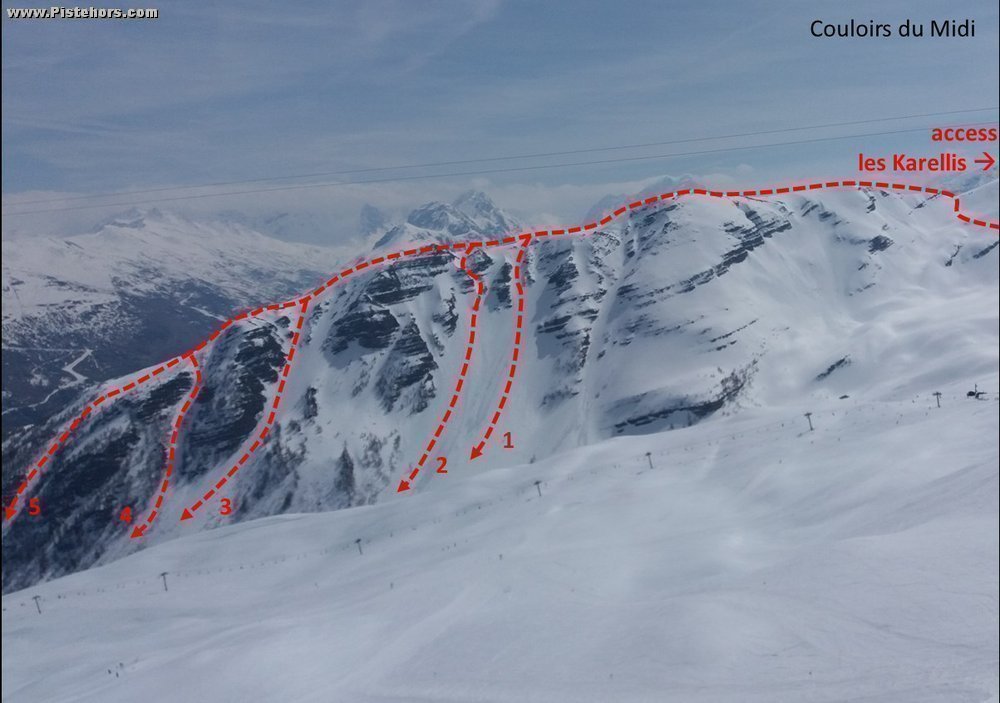