Ski Touring: A seuil before work

A before work ski tour, just like old times. I was a bit apprehensive about the snow conditions. The sun rose about 6h45 but on east slopes at 8h00 it was already melting the top of the snow, not quite perfect spring conditions but not too shabby. The climb was a bit complicated. The pistes were hard but with 1cm of fresh snow on top. 10-15cm had fallen on Wednesday but not trace of it now. Things got tricky in the bowl where some purges meant a lot of zig-zagging. Time was slipping by, 1 hour to reach the summit. A climb that I've done in 45 minutes.

The couloir had already been skied out. Probably on Thursday or even Wednesday evening. There were traces of coldish powder on the right hand side and transformed snow on the left and a staircase down the middle where skiers had side slipped down the couloir. They might get more fun skiing the bowl they climbed up by.

The skiing wasn't bad. In the woods there was a soft crust. It was easy to ski but would probably melt in a couple of hours leaving very heavy snow. The path was like a ski piste, a bit hard but easy skiing back down to the ski runs. Some people had descended yesterday afternoon as their tracks were frozen in the surface. 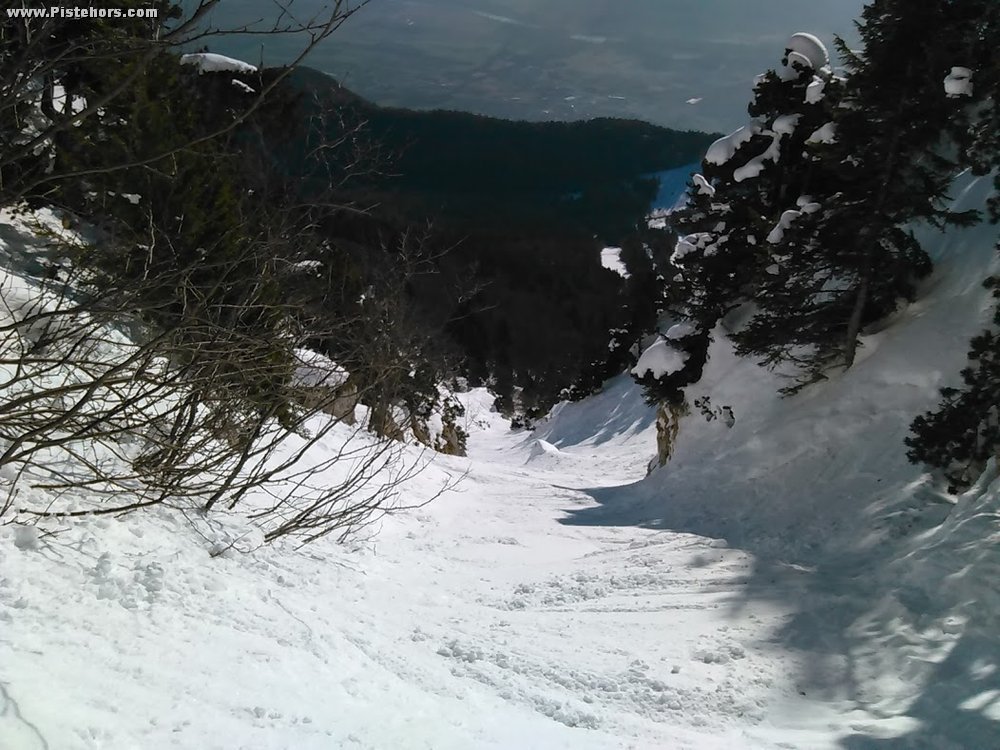 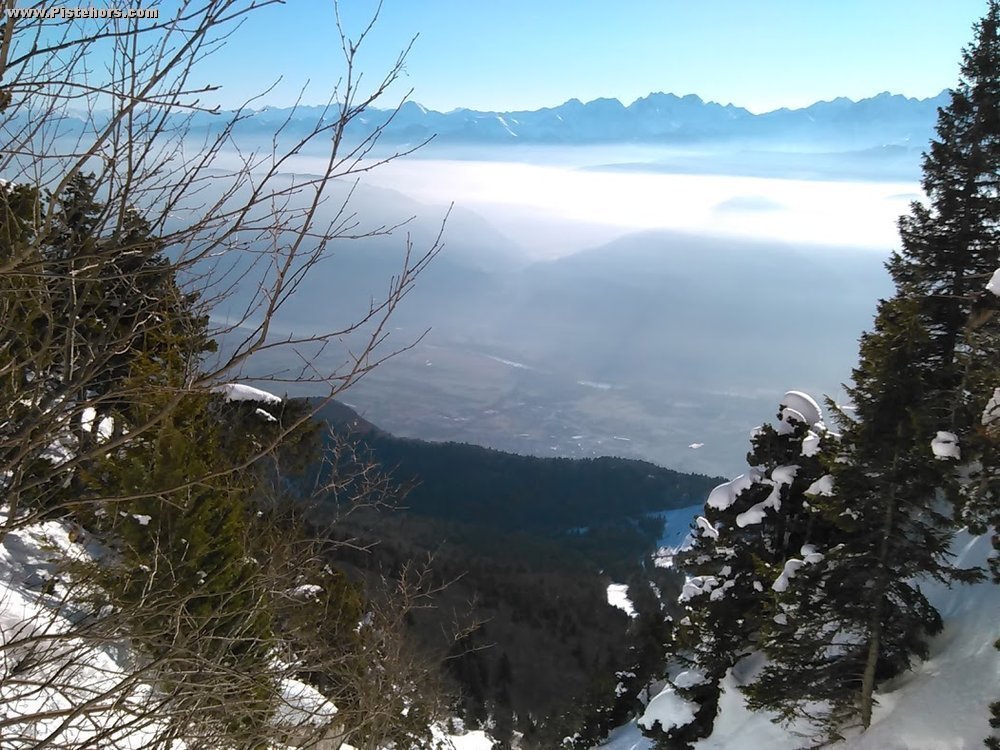