Nice and easy because I have a slight cold and sore throat so had to climb at a reasonable rate without forcing too much, especially as I was breaking trail.

There has been 5 to 10cm of snow, not quite as much forecast. There were no tracks, which is pretty rare this year as this has been an extremely popular route. The ski resort had not bashed the runs, maybe due to the heavy rain on monday which has left the base very humid. At the clearing at 1450 meters the snow was falling as little rounds or graupels.

Coming out of the woods at 1630 meters there had been a purge in the cirque both in the middle and on the right bank. The middle purge was caused by the usual slab just under the cliffs at the top. On the right bank it seems snow had come from high up on the cliffs. This made trail making a bit difficult here. The purge probably happened yesterday with the warm weather.

At the summit there was a lot of evidence of wind transport and this was ongoing with the North wind. The snow in the couloir was uneven, having been moved by the wind with 5cm in some spots, 15cm elsewhere. It was quite slabby but there was no weak layer. The base was icy so altogether not great skiing in the upper section. The icy layer is quite superficial with more humid snow underneath so there is a risk of full depth avalanches if the weather warms up.

Lower down the snow got better, there was quite a bit of avalanche debris in the couloir from purges. The woods were generally good to ski as was the forest trail. For tomorrow look for open slopes, not too steep so the snow sticks, which have not been overskied.

Weather: Sun, sleet and some cloud 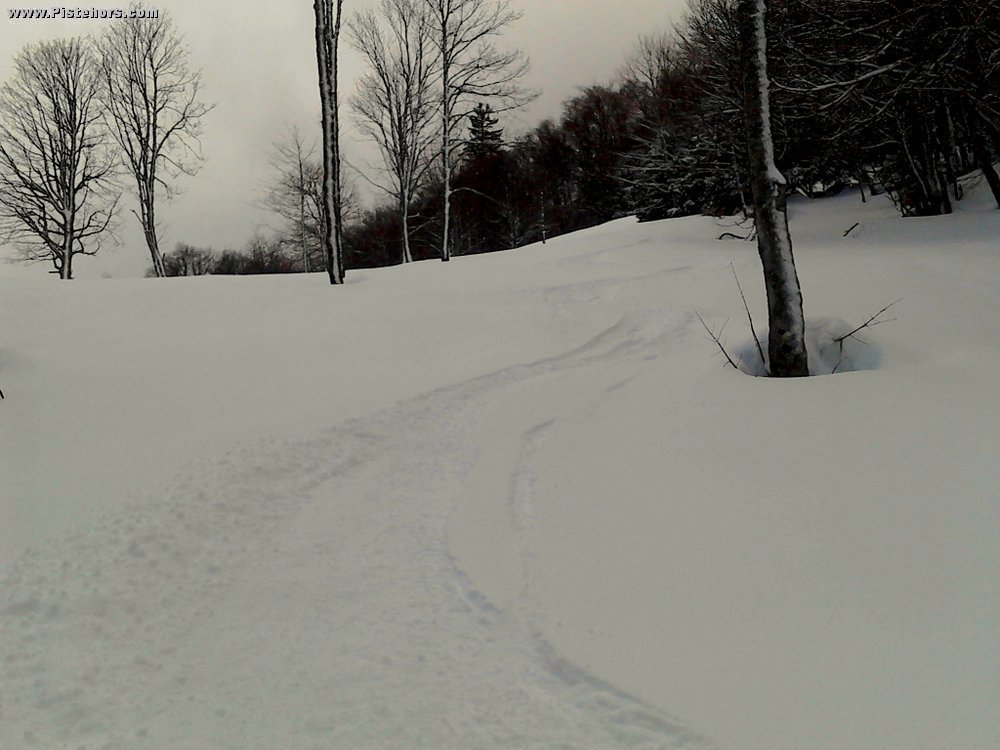 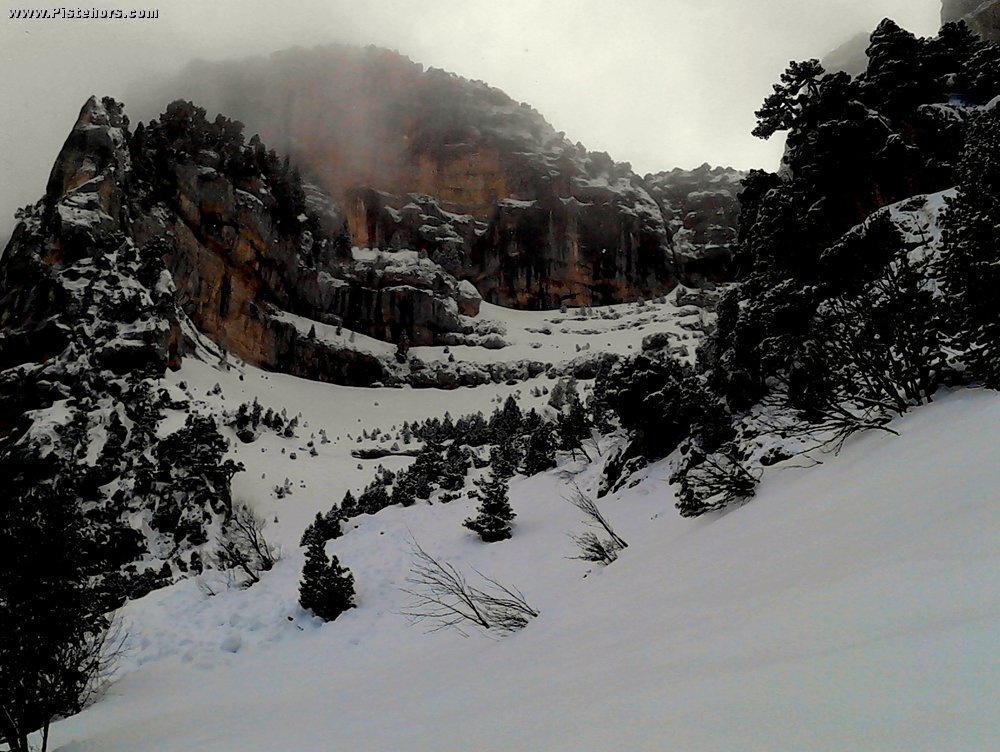 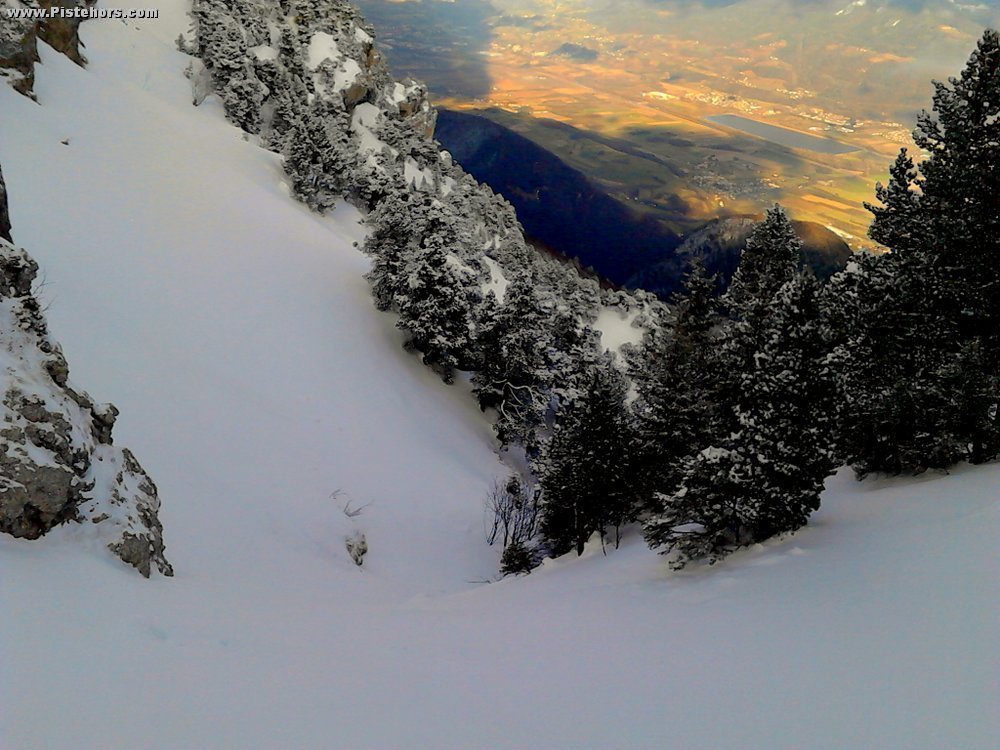 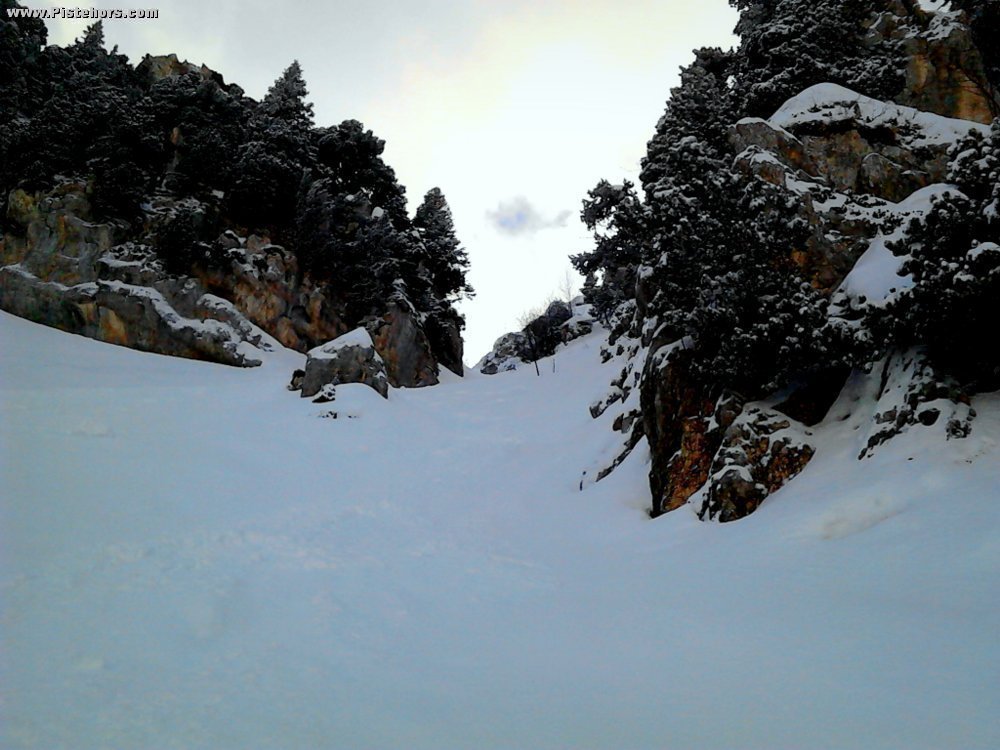 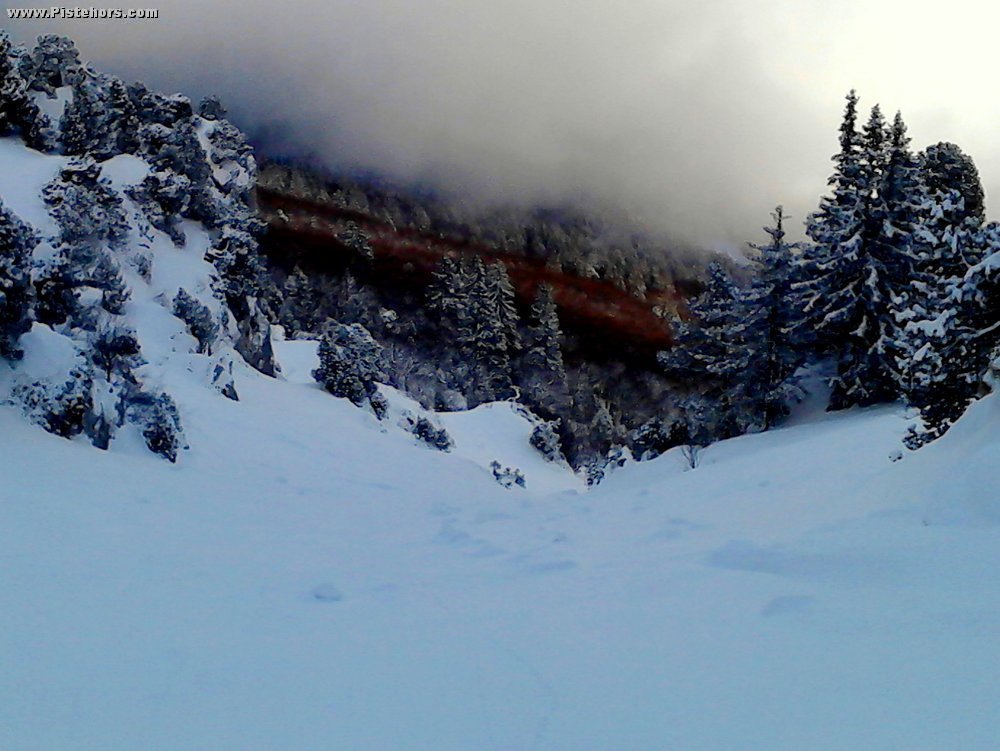