Comments on route: The majority of the route is exposed to the South-West so transforms later in the day. However the crux, above the Col de l'Aigleton is South-East facing and should be tackled early (before 10h00). After the Habert du Muret (private refuge, locked) the south facing slopes under the Jas des Lièvres are avalanche prone.

Equipment: Crampons for the section between the Col de l'Aigleton to the Dent du Pra

Description: From the summit descend to the south via the Fond de la Belle Etoile - the skiing is relatively easy except for some steep but short couloirs at the end. Climb to the col de l'Aigleton
Rating: 3.1/E1
Orientation: South
Vertical: 1600

Description: From the summit ski down a south-west facing valley. The final slopes (2 large couloirs of 100m) above the Venetier lakes are relatively steep but not exposed. Descend to the south via the Venetier valley.
Rating: 3.2/E1
Orientation: South-West
Vertical: 1535 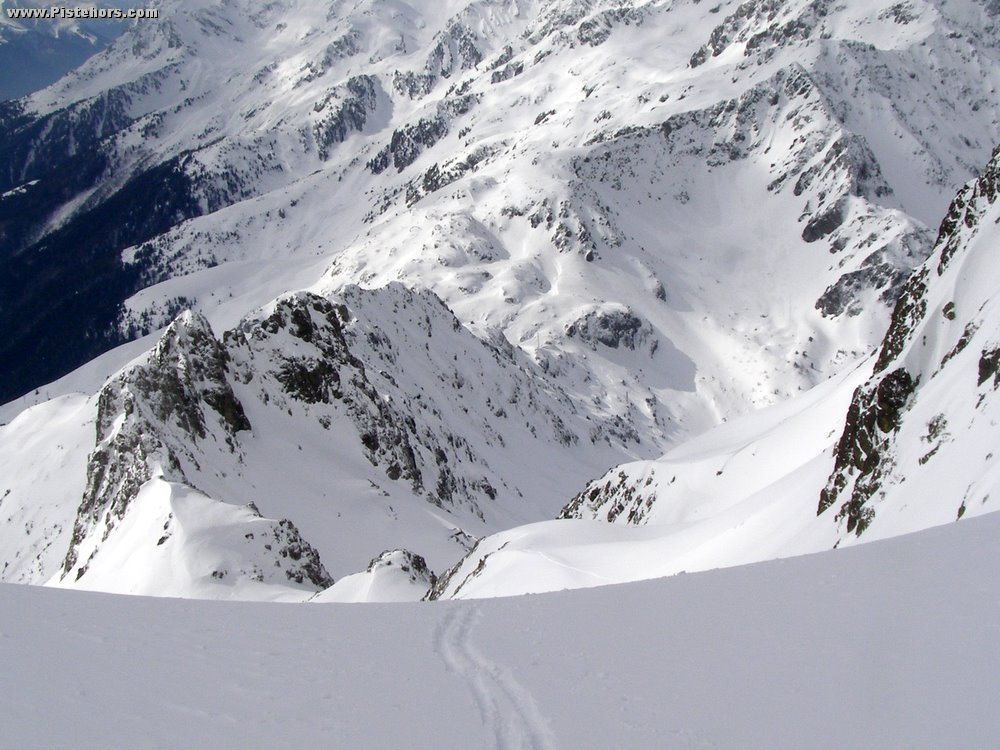