From the Recoin (Chamrousse 1650m) climb to the top of the ski pistes (Croix de Chamrousse). You can generally avoid most of the ski open ski runs. Descend the run to the lac Robert. At the bottom cable car station climb to the Col de col de la Lessive (2100 m). At the col climb a short, steep slope to your left (ski crampons) to reach the Grand and Petit Van bowl. Climb up the middle of the valley via another slope then take the slopes on the right bank of the valley (left looking up the mountain) to the ridgeline. Here you have the choice of the Grand Van (to the left) and Petit Van (to the right) follow the ridge to the summit (cairn) taking care not to climb too close to the edge (cornice).

From the summit descend either to the right (2.2/E1) or left (3.2/E2) of the cairn to ski the west face to the combe. The route to the left is steeper and exposed due to cliff bands.

At the col de Lessive either return via the Lac Roberts ski run or climb on the south-east side of Le Manque to the Col de la Botte (2140m). The route via the ski runs is an easier but longer climb.

Comments on route: Be careful after runs are closed for ratracs. Sometimes the piste bashers are cable winched.

Description: From the cairn follow the ridge to the west to reach a col, from here descend a steep and narrow couloir back into the bowl. The exit of the couloir is avalanche prone.
Rating: 3.3/E1
Orientation: West
Vertical: 1300 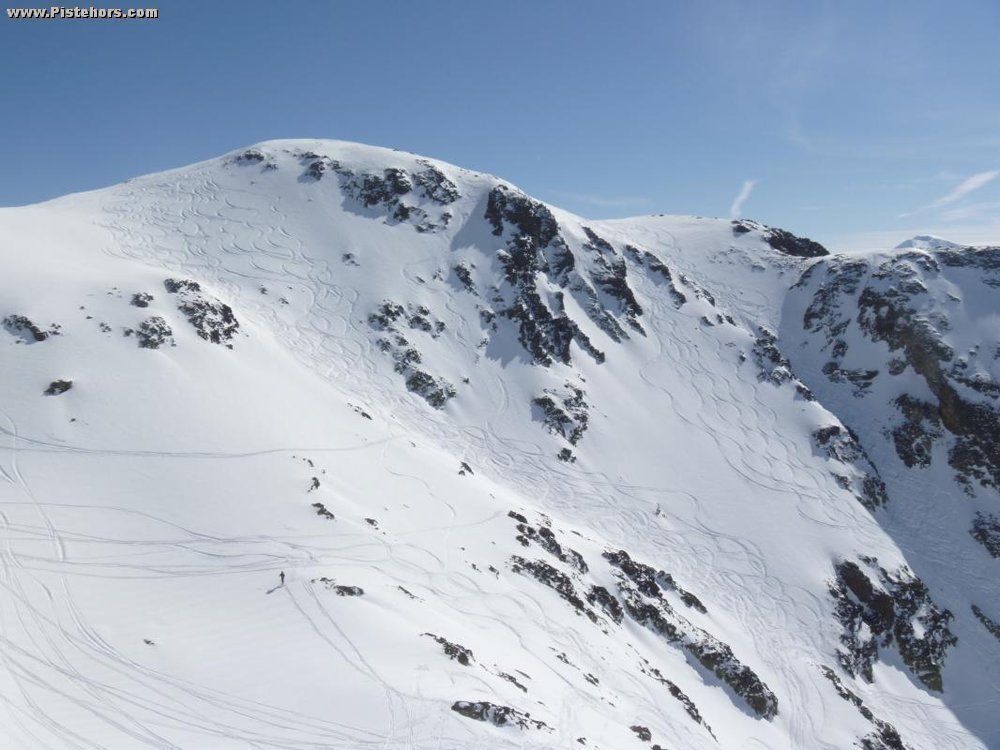