Ski Touring: Sunset on the Vans

Rob emailed me to see if I wanted to have a beer with him at the summit of the Grand Van under the setting sun, around 21h30 at the this time of the year. He was planning to climb with his deckchair!

We had to walk about 15 minutes from the car (200 m V+ of portage) to find snow then it was the usual Croix de Chamrousse, Roberts and Lessines to the summit. Rob's Scarpa Alien boots broke, the fourth time some crappy lightweight part has crapped-out on him this season and we spent about 20 minutes making a repair ring-pulls etc - probably better than the original materials.

We made it to the summit about 15 minutes before the sunset. There is a big corniche still and we took care not to go too close to the edge and end up in Livet and Gavet 2000m below.

The snow had began to harden as we skied down and conditions were pretty good really except for a small section below the Petit Van which was a bit soggy still. Altogether and excellent plan, who knows when we will next ski Chamrousse in June?

Route Taken: As topo except we returned via the Roberts piste. 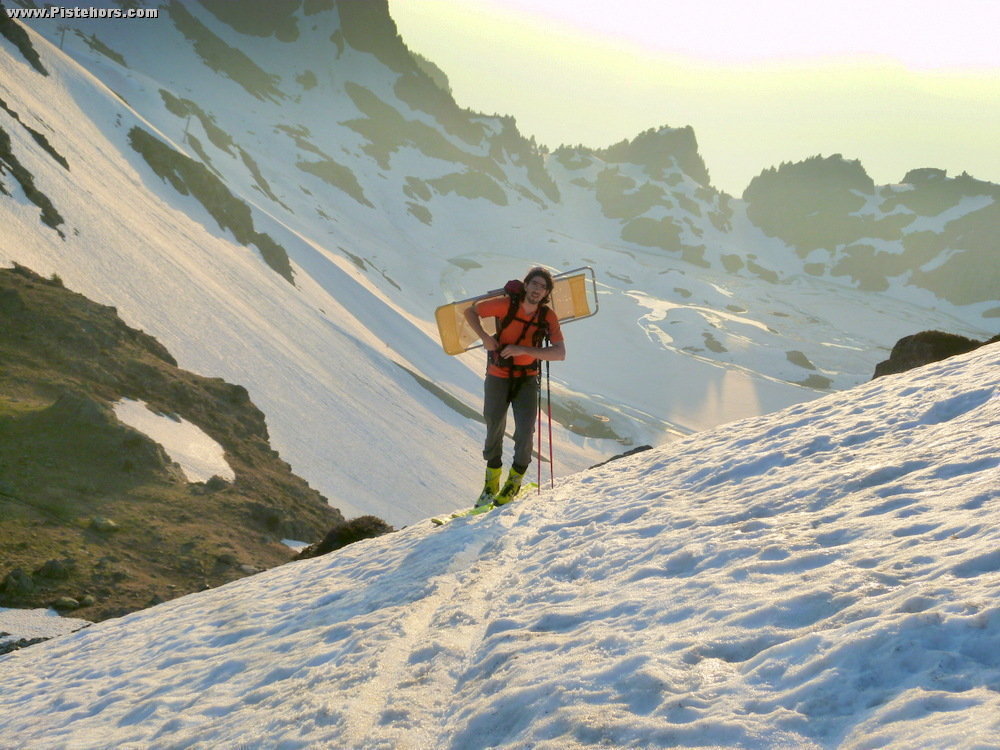 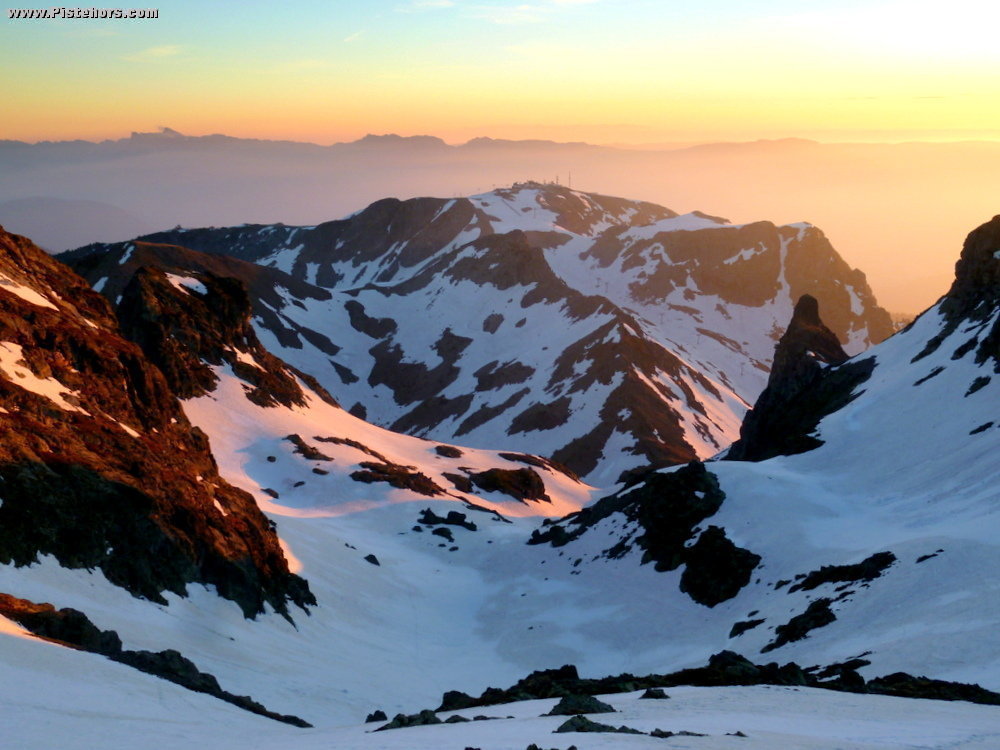 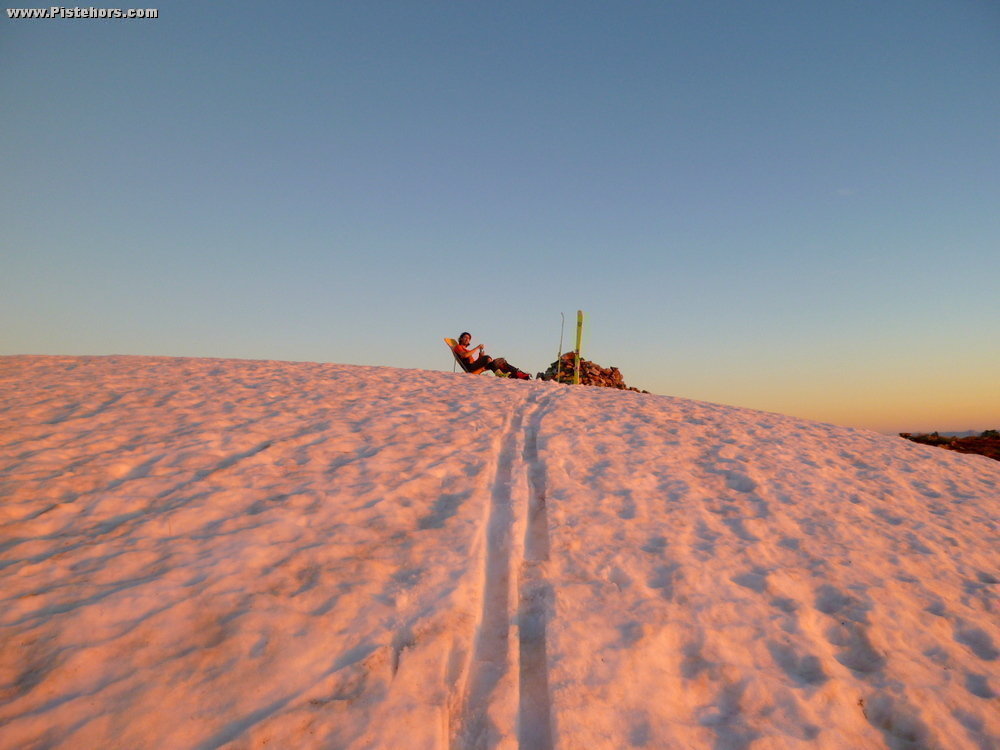 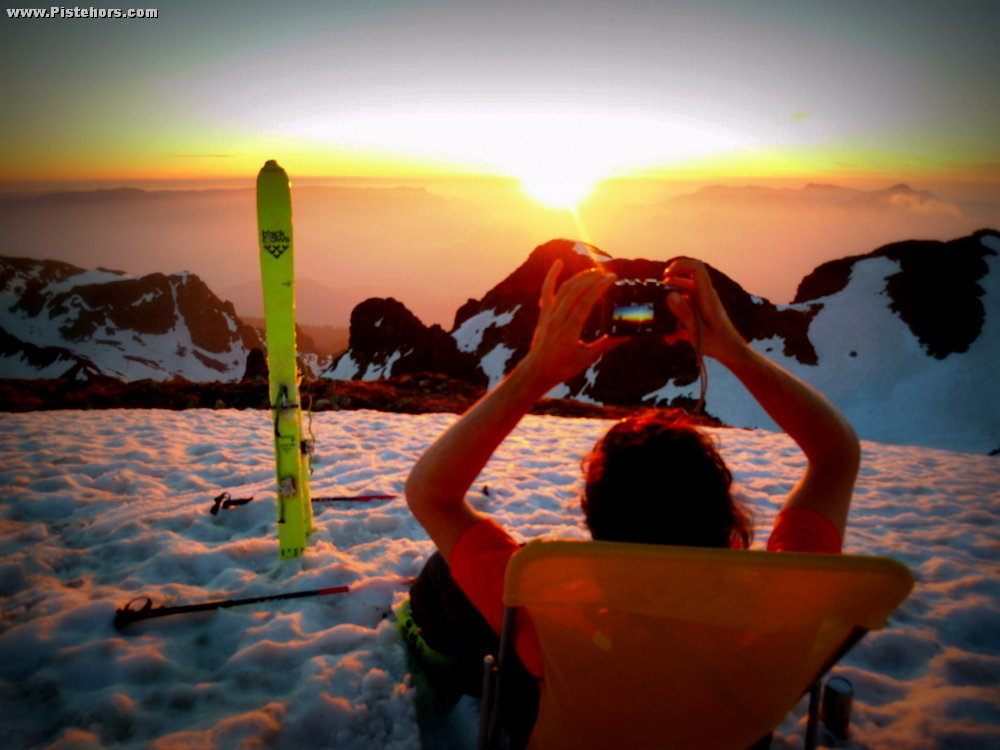 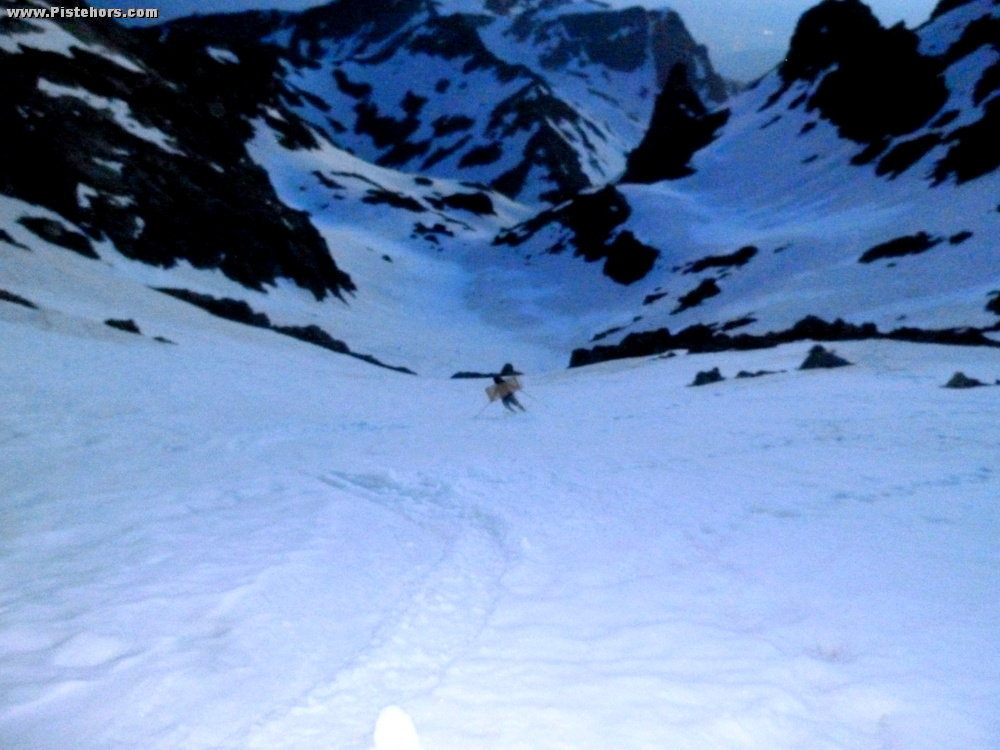 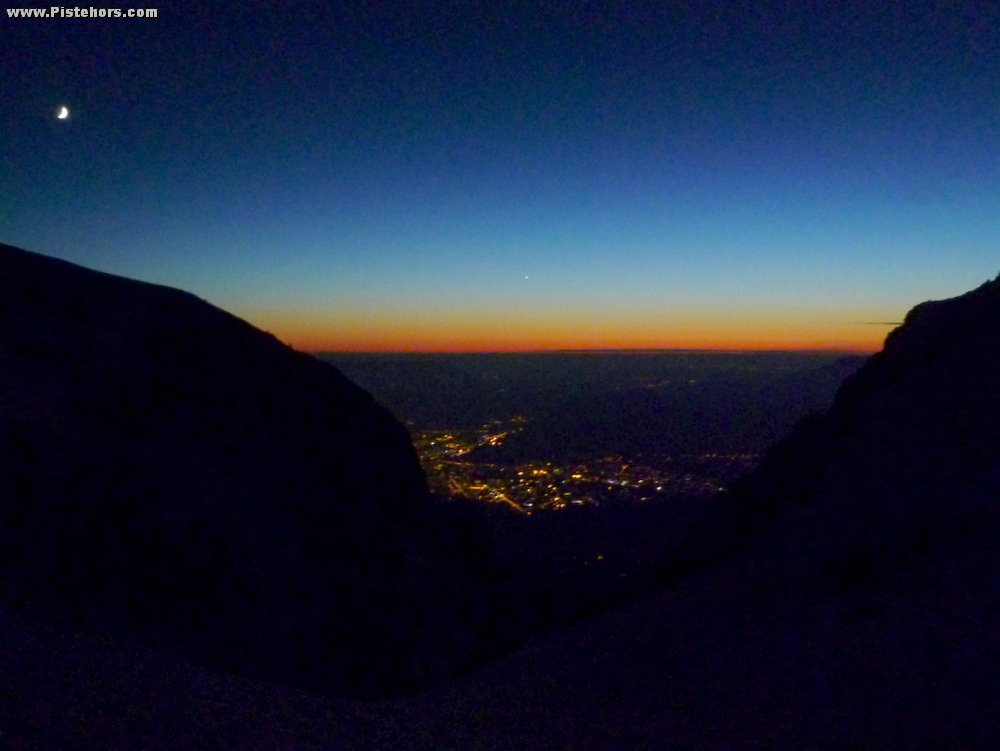