Comments on route: The slope on the W side of the Coche is prone to windslab.

Access: Grenoble A41 > Brignoud > Laval > Prabert. Park at 1080 meters (barrier). The road is officially closed to traffic between Dec - Mar.

I parked at the turn for 7 Laux at 1200 meters. It is possible, in fact reasonable, to ski from the barrier at 1080 meters but most people were parked at the Betta at 1300 m, like i the good ol' days. There were some rocks in the border cross, which can be easily avoided. However, rock skis are a good idea.

I decided to go up to Le Coche and ski the N.E. slopes on the Allemont side which were still in powder. Climbing up to the pass was hard work on the east faces in the wet snow.

The Allemont side was excellent, apart from the doubts about the stability and the shaded north-west face under the Coche was also near perfect. Light powder but with a few sharks lurking just under the snow, you simply had to aim for the snow drifts!

Powder in the shade. I looked closely at the snowpack at Le Coche on a NE slope. 140cm deep. Crusts at 50cm and 110cm. The first 5 cm of snow was not well bonded with the snow below. The snow was not well bonded to the first crust. Surface frost too. Sugar snow below the first crusts So it's a little complicated snow pack now. Be careful after the fresh snow which will not help stability. 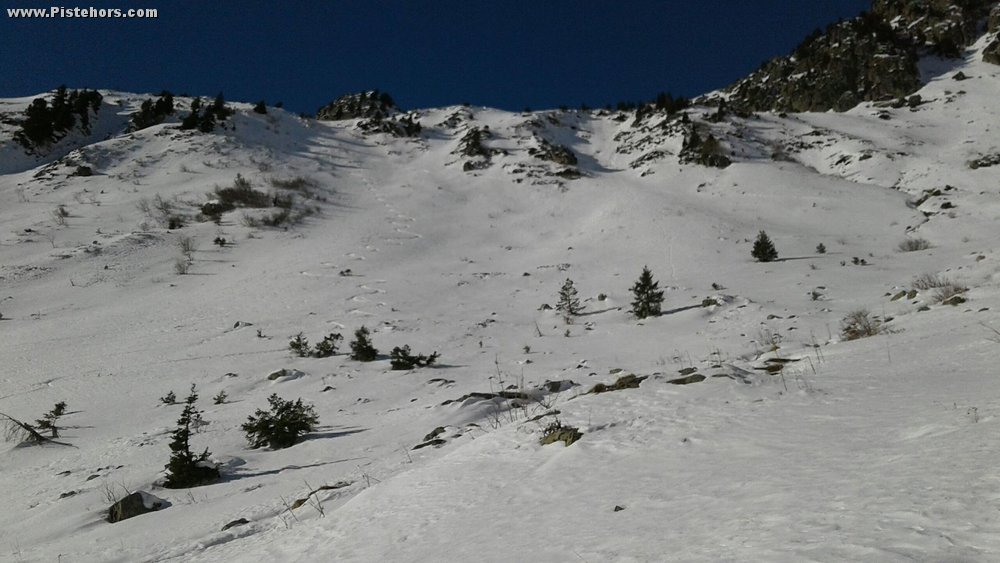