Most of the small ski areas have been suffering from lack of snow but the Grand Plan actually is at a similar altitude to the 7 Laux so within the fortunate range where the snow has fallen enough to build up a base that resisted the rain and foehn winds of this very warm winter. The woman in the cafe announced that the lift pass would be 6 euros as the resort was only open in the afternoon. As if we were going to go off exploring if we'd had all day !

Conditions were not too bad and there was a slalom section for the tot to practice on. I skied a bit of the "side country", the snow was a bit heavy as it had been warmed over by the sun.

A nice little ski for a Saturday afternoon, even if it is a bit remote.

Some fresh snow but also ice from high altitude rain in places. Not much cover on the ski lift track but generally acceptable. 10cm of fresh off the ski runs but a bit crusty / heavy in the warm sun. 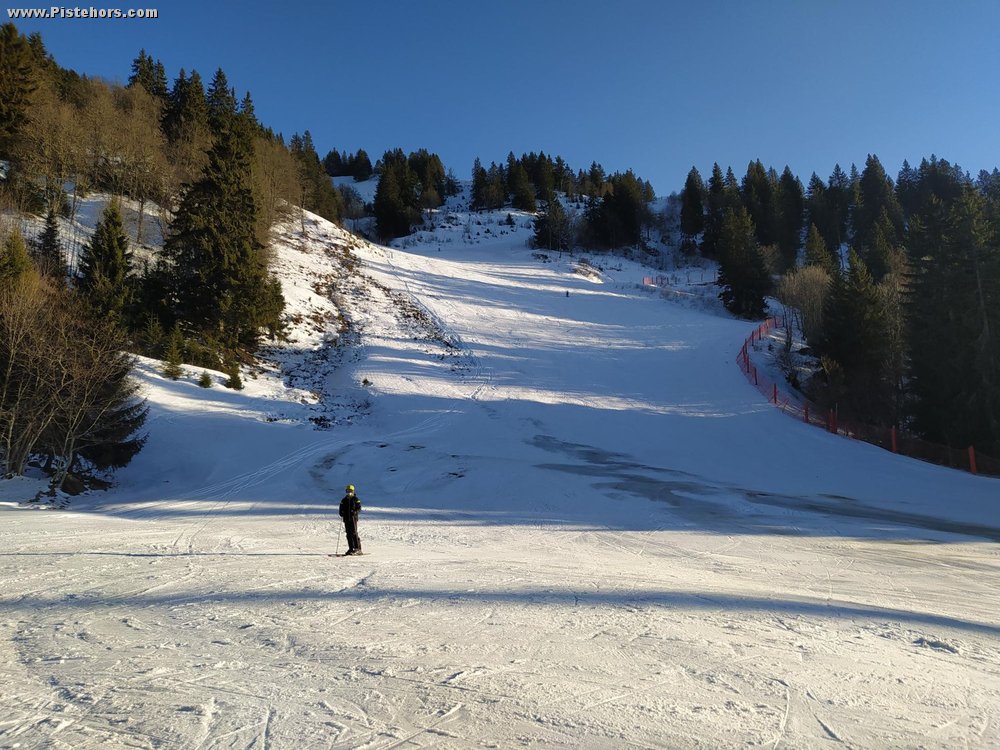