Best Christmas snow of the century

The season may have started late in the French Northern Alps (the 7th of December to be exact) but Christmas looks like being the best since 1999 in terms of quality and quantity of snow. As we start the new year there are above average snow depths from the Vercors (1600 meters) in the south to the Bellecote (3000 meters) in the north of the Savoie. At Bourg St Maurice (900 meters) there was nearly a meter of snow on the ground on New Year’s eve. At the ski resort of Valloire (1400 meters) in the Maurienne there is 170cm at the bottom of the pistes. 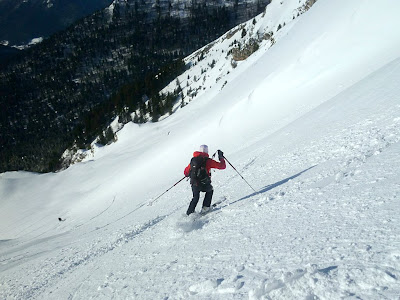 Spring snow in the Chartreuse at 1600m

Chambery has seen three times the normal amount of precipitation. The snow has varied from spring like on south facing slopes to deep powder on northerly aspects. 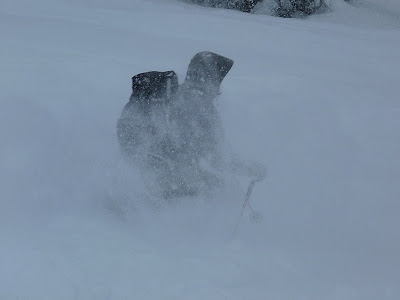 Deep powder in the Belledonne

Despite some risk 5 avalanche days the snowpack has been relatively stable for much of the Christmas break. Looking back, the first snow fell in the Southern Alps in the first half of November and got the touring season off to a start. In the Northern Alps there was snow cover only above 2300 meters and then only on shaded aspects. A long period of high pressure brought fine weather and transformed this snow into weak facets. Tropical storm Joachim covered this with a meter of fresh snow in the first half of December and enable skiing to even low altitudes. The weak layers are still there but now deeply buried by successive falls of relatively homogeneous snow. This depth of snow lessens the effect of skiers on the weak layers below.

On southern aspects the snow fell on bare ground. The depth means low temperature gradients which slows down the formation of weak layers. Christmas 2011 has also been relatively mild. As Meteo France puts it, we have gone from Autumn to Spring with no Winter. The 1st of January saw some of the warmest temperatures for a hundred years and in the Alps the zero degree isotherm hovered around 2500m. The frequent spells of mild weather have led to high altitude rain which, after initial purges, have also stabilized the snowpack.

Witness to this is that the ANENA has recorded just a single accident for the whole of France from the start of the season to the 1st of January 2012, over the last decade only 2006/7 (a season of low snow and mild temperatures) saw no fatal avalanche incidents at the start of the season. The late start to the season, except in the Southern Alps, has obviously had some impact on these figures as has the fact that skiers have not had to venture into the high mountains to find skiable snow. The two periods of risk 5 days have more been related to natural avalanche activity rather than skier triggered avalanches. However avalanche expert Alain Duclos warns against complacency. Weak layers and large slabs are still in place on shaded aspects above 2300 meters citing a skier triggered avalanche at la Norma just before Christmas as an example of the risks.