Les Saisies is one of France's largest cross country ski areas claiming around 120km of ski runs between 1550 meters at Lachat (summit of the Crest Voland pistes) and 1850 meters at the top of the Montee des Champions black although typically 1750 is the top of the main runs. The area claims to be the highest with the best snow cover of French nordic ski areas and is generally open to the end of April. The 120km figure has to be taken with a bit of a pinch of salt as many of the runs are doubled up, but this is typical. The snow cover is generally good giving a season of some 6 months starting in November.

The ski area was used for nordic events in the 1992 Albertville Olympics. The trails towards Lachat are through woods. The plateau de Palette is more open with views of le Mont Blanc, the peaks of the Beaufortain and Aravis and beyond. There is a shooting range for biathlon as well as ESF and independent ski instructors. 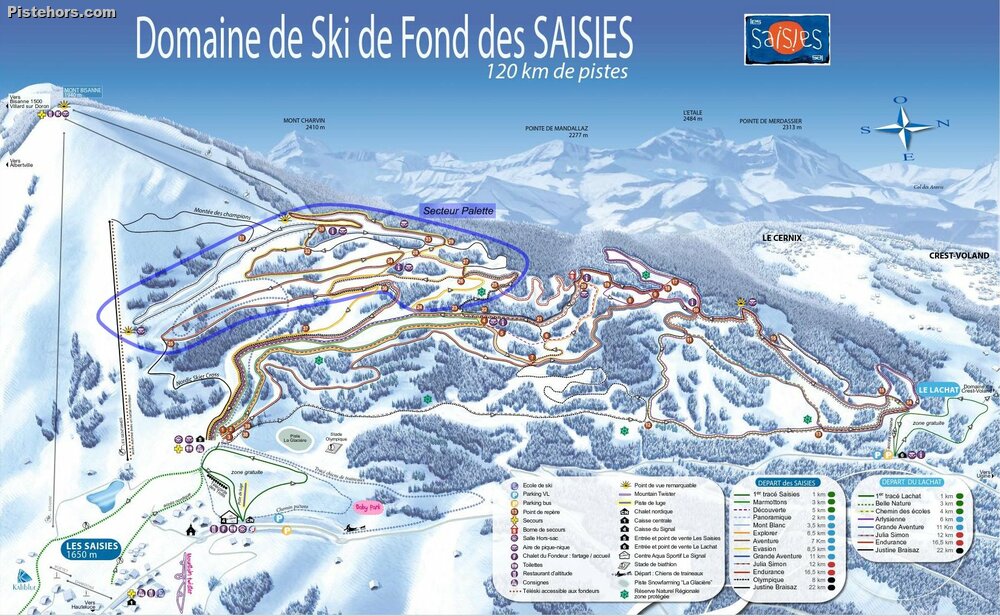