Announcing the last minute cancellation of the Trans-jurassienne long distance cross country skiing race today Marie-Guite Dufay, president of the regional government spoke of "adapting to the post climate change era". For her and the race, climate change is already a fact. 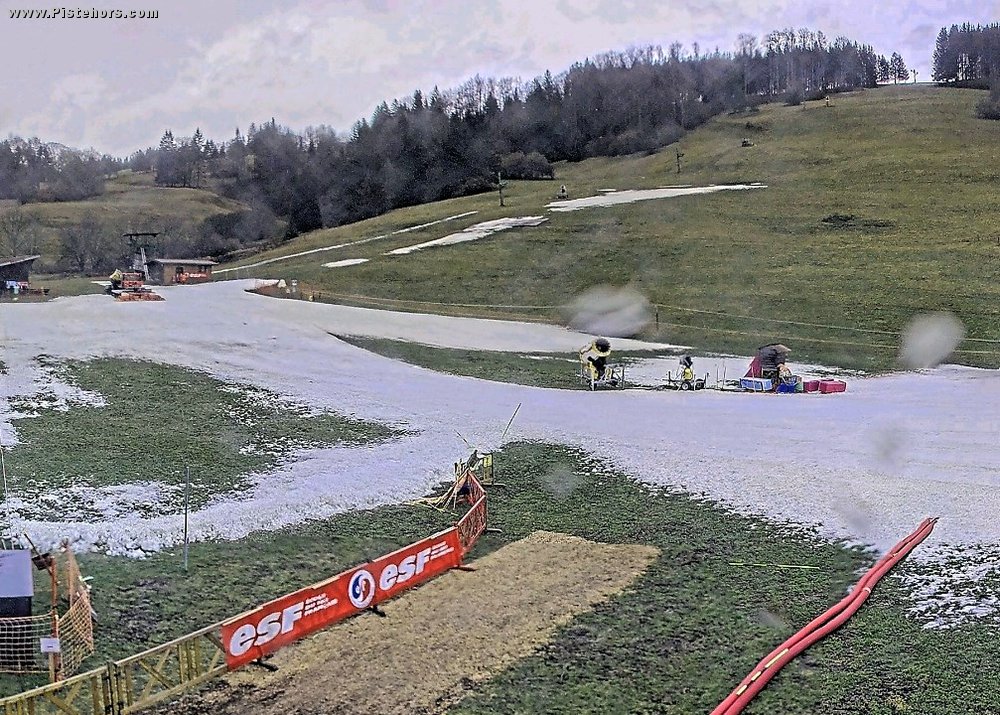 The start to the 2020 winter has been warm, too warm. The beginning of February saw the thermometer touch 25C in the South of France and the period December-January was 2.3 °C above the long term average. Only 2015-2016 was warmer since 1900. The South-East has been particularly warm. In Chamonix the average temperature has been above freezing (1.2°C) from the end of November, that is +3.1°C. That is around 500 vertical meters altitude in terms of temperature. Temperatures at Chamonix have not dropped below -10°C since the start of winter, a record!

Over the weekend torrential rain, that fell to 2800 meters altitude at times, finally put the nail in the Transju's coffin. At altitude the ski runs have turned into lakes and lower down there are just green fields. The first signs of spring are apparent with crocuses pushing through the grass. Other ski resorts whose pistes are located between 1000 and 1500 meters are suffering. Many have only opened for one or two days since the start of winter.

So is Mrs Dufay right, do low level ski resorts need to adapt to the post-ski era or is 2020 just a bump on a sometimes rocky and snowless road? Based on current climate change forecasts resorts above 1500 meters should be able to resist until the middle of the century by snow-making when it is cold enough. After that the future is less certain with only a few high altitude areas such as Tignes and Val Thorens able to operate more or less normally in the second half of the 21st century. 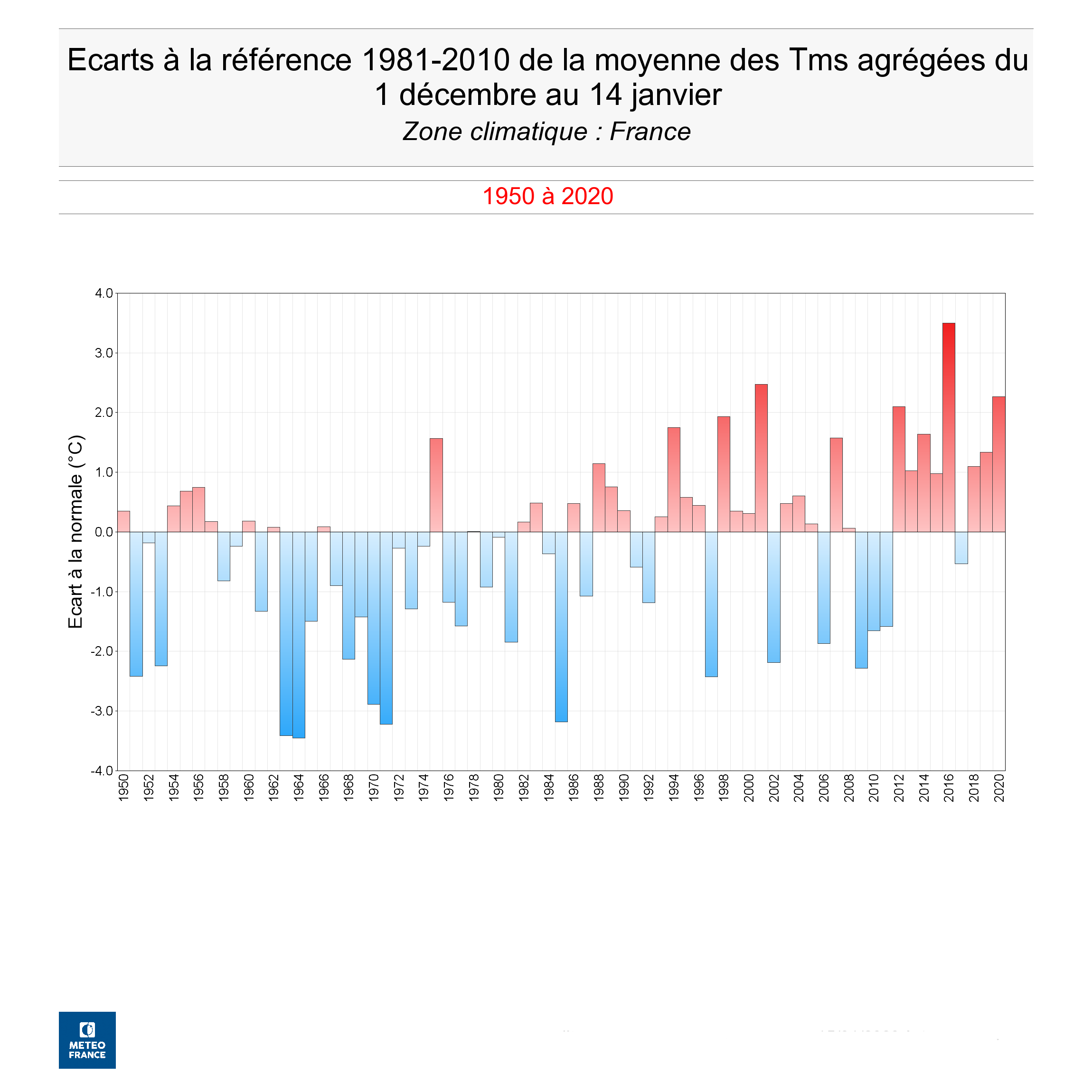 A chart showing the average temperatures for the first half of winter illustrates the problem. Since 2012 France has seen a series of warm winters with temperatures 1 - 2°C above the 30 year average (1981-2020). This has translated into a number of poor winters, especially below 1500 meters. The times, they are a changin'

Drouzin le Mont, localted on the col du Corbier in the Haute-Savoie, has already made the somewhat painful conversion to a post-ski economy. The resort ripped out the lifts in 2012. This year the resort will open from December to March but instead of skiing it is offering trail running, ski touring, mountain and fat  biking, nordic walking and snow shoeing. There is a small "magic carpet" lift for beginners to learn alpine skiing. The village has invested nearly a million euros in the various activities including some snow-making for the beginner piste. "What we are doing today is the future" claims the Mayor Henri-Victor Tournier.

Rossignol group shares this vision. They've opened a multi-activity resort called "Outdoor Experience" in St Pierre de Chartreuse. The village has been a pioneer in trail running with its partner Raidlight and Rossignol want to build on this experience. They see the future for tourism around trail running, mountain biking / e-mountain biking, ski touring and nordic walking. The area has 24 marked routes. Rossignol want to use the project as a "shop window" to help other mountain villages make the conversion from a "downhill skiing only" offer.

In the Pyrenees the resort of Puigmal has been reborn from the ashes of bankruptcy in 2012 which saw the area's ski lifts shuttered. The ski area had over invested in lift infrastructure and suffered from a succession of winters with no or little snow (2006-2008, 2011-2013). The ski area is situated between 1835 and 2665m, the highest in the French Pyrenees. Again with the help of Rossignol the area is now focused on mountain biking, trail, nordic walking and ski touring. To a certain extent it is a return to winter tourism before ski lifts, the question is whether the market is big enough to sustain it.