I started on the pistes then took the link over to Charmant som across the pistes. The snow at the col was hard and skiable, a bit of late autumn crust skiing. The climb was on firm snow, generally good to ski. Cold on the summit plateau with sufficient wind to make skiing difficult. Skied as far as the sheep farm below the Charmant Som, here the snow was soggy and sun cupped so didn't explore further. Descent was good, very safe snow to ski.

Very strong wind from the south after the Oratoire. Snow generally firm, some spring like patches where it had been warmed in the sun. Some bare patches on the pistes but generally in good condition with about 30cm of dense snow. Should be ok if the foehn stops. 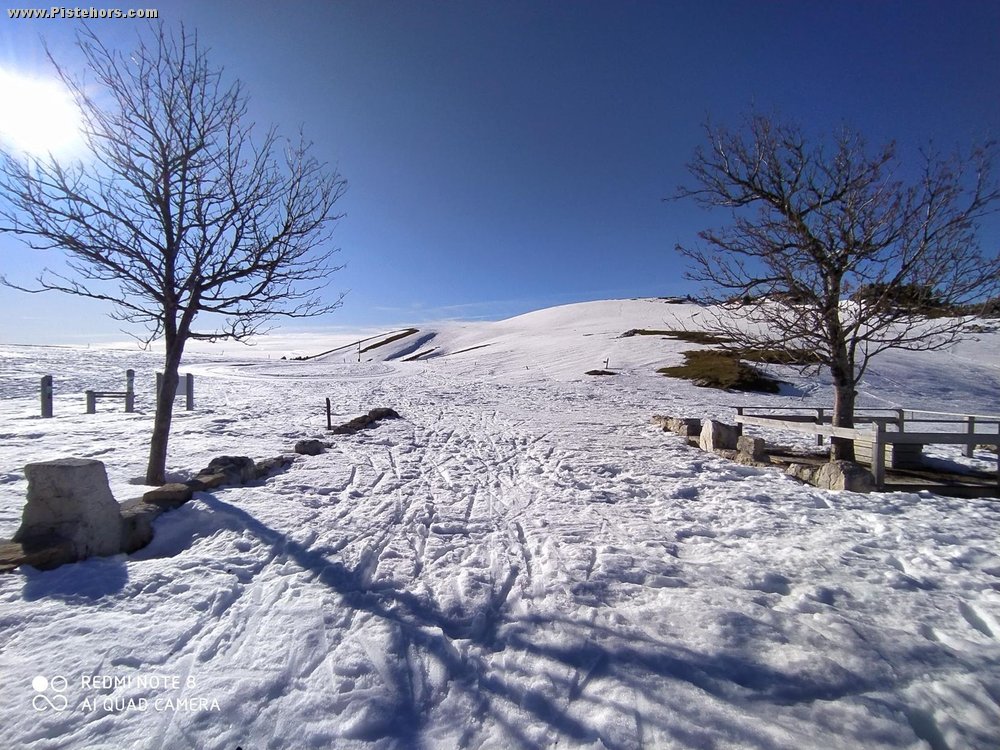