Chamrousse is the birthplace of French skiing. Henry Duhamel bought some skis at the Paris exhibition in 1878 from Norwegians but didn't test them until 1889 on the slopes at Chamrousse after finally cobbling together some bindings. The photo (black and white) shows skiing on the Roche Beranger, Chamrousse sometime after 1900 - using a second pole for skiing only came into use in the early 20th century.

I persuaded junior that we would head up to the Cross de Chamrousse in the footsteps of Duhamel. First surprise. The resort was completely rammed with cars, more than in a February school holiday, both day trippers and people obviously staying the week and we had to go and park in a secret spot. The climb for junior on snowshoes and alpine ski boots is always a bit of a chore. We were surprised that all the main runs had been nicely pisted - I guess this avoids accidents with twisted ankles and keeps the avalanche risk down.

We skied down towards Roche Beranger, I let junior take the pistes down to the bottom of a nice couloir which I'd spotted and I skied the couloir - normally this would be skied out at half term but was untouched powder. We then skied the meadows above town. Perfect skiing. There were a few lifts running for the ski clubs to use. We did wonder about using one of them.

40cm of fresh snow since Saturday. Excellent ski conditions. All the main runs had been prepared and as the resort lifts are closed it was easy to find fresh tracks off piste. 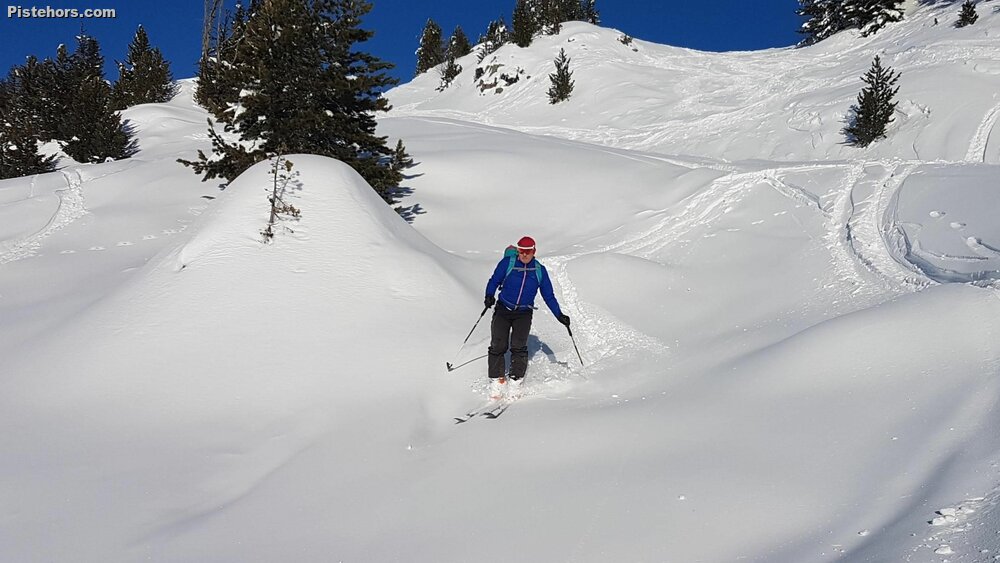 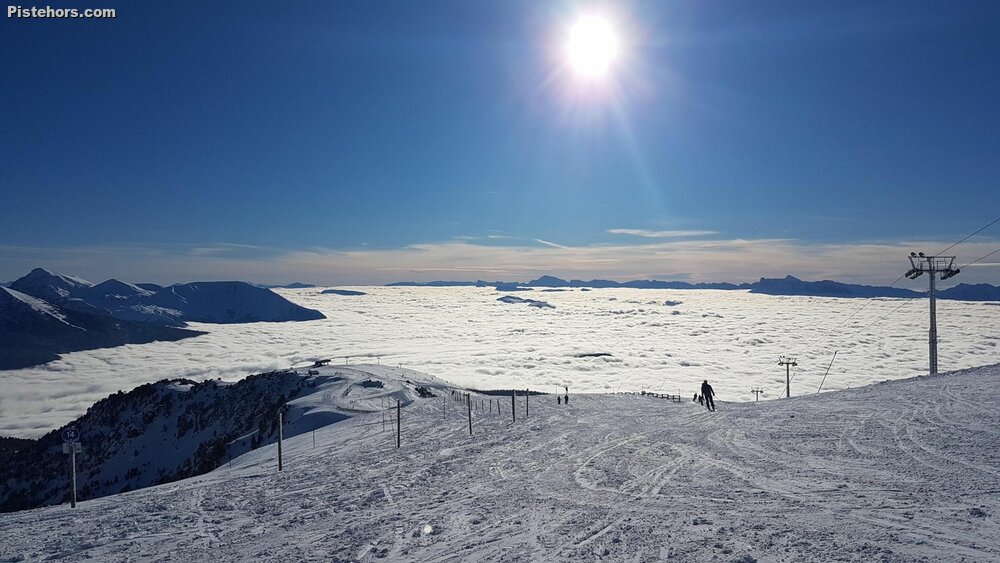 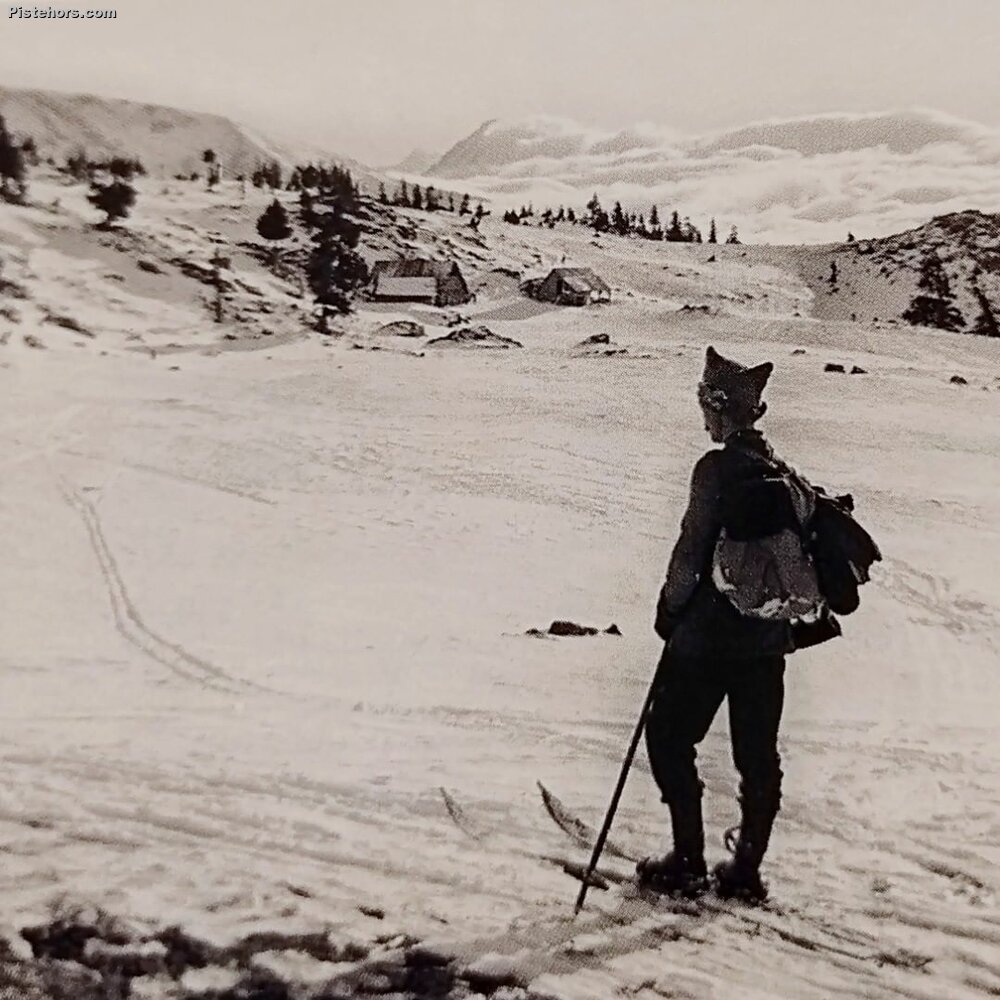