I didn't have much time as I had to be back in the valley at 12 noon. Les 7 Laux, Barrioz, Prabert. Finally Prabert as it was closest. There was snow on the road from 800 meters and not much space in the car park at Prabert. I set off around 8h45, a number of groups were ahead and the track was good. At the refuge d'Aiguebelle I decided to follow the tracks with a turn around time of 10h40. My initial aim was the Pas de la Coche but I'd have had to track the whole route myself and wouldn't have made it too far. Finally I stopped just before the Venetier lakes. Around 1000 meters of climbing, not a bad effort. There was around 20cm of fresh snow, just slightly heavy but good to ski then plunging into the shaded forest the snow was much lighter. The ski down the road to Prabert was less interesting, not enough slope to leave the tracks.

10cm of fresh snow at 1080 meters on zero base
40cm of snow at 1400 meters
Some rocks at the bottom of the Venetiers valley but otherwise good conditions. Snow a little bit consolidated on the south face, cold and light in the forest lower down.
Point avalanche under the cliffs (SW facing) in the Aigleton valley but otherwise it seems pretty stable. 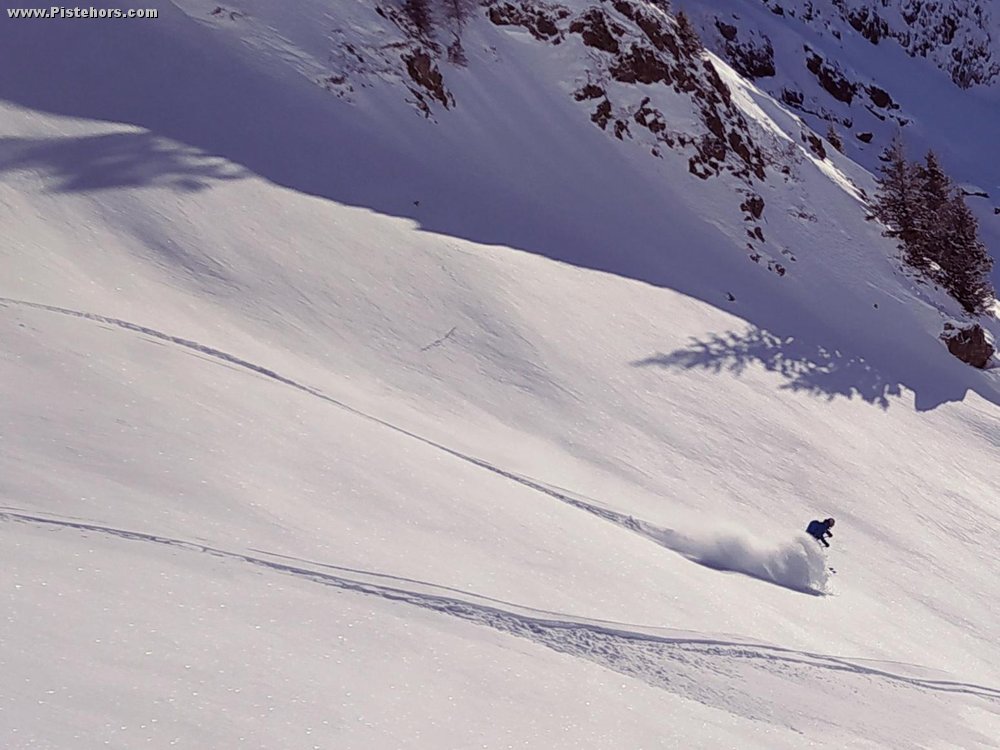 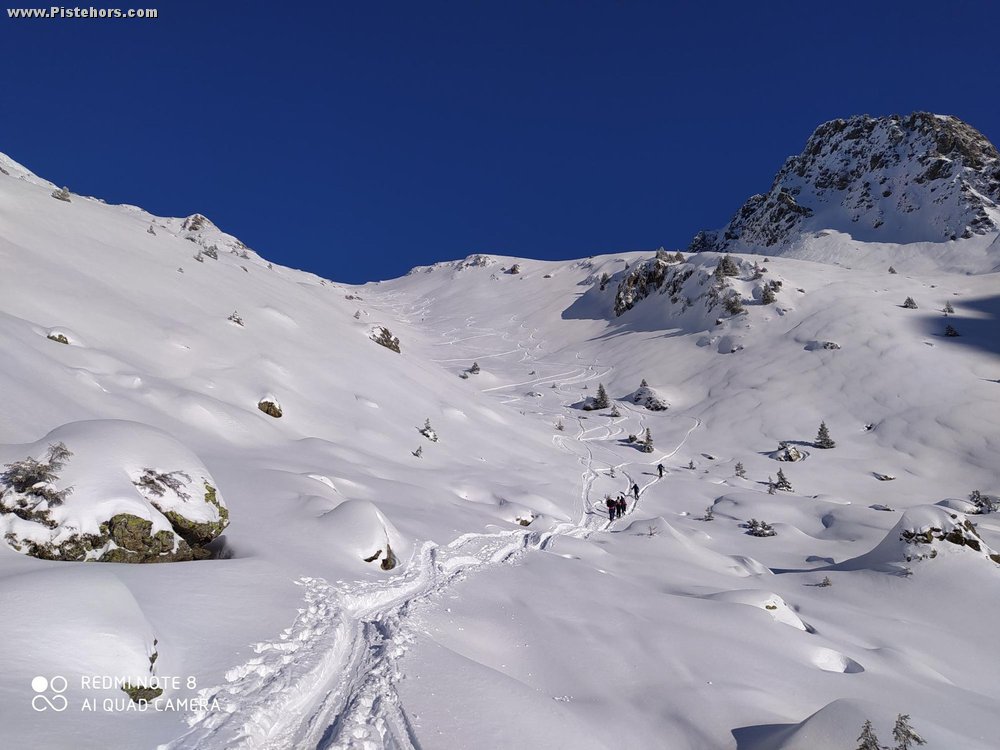