If you read the previous article you will see that the PGHM from Bourg St Maurice used a Wolfhound mobile phone detector to locate the victim thanks to his mobile phone being switched on. The family of snowshoers were not equipped with avalanche beacons, probably not thinking about the paths just next to the village. However anyone who has looked at an avalanche map of Val d'Isere will know that practically anywhere outside of the old village is at risk.

Readers with long memories will remember that we covered the Diginext Pic2G back in 2010. This device can act as base station, enabling the rescue services to enter in contact with someone lost in the mountains where cell phone coverage is often poor. It also has a directional antenna which enables mobile phones to be localized. Diginext told us they could pick up a mobile from 500 meters under 2 meters of snow. The Pic2G is technically an IMSI catcher but the more commonly referred to as a Stingray. Wolfhounds (aka Bloodhounds) get rid of the base station electronics to focus on phone location. This considerably simplifies the device resulting in a cheaper, more portable device. Around $2500 per unit. Ideal for the rescue services.  The manufacturer claims 1.5km outside (line of sight) and 50 meters in buildings. This is one of the first times a Wolfhound has been used by the Savoie PGHM to locate an avalanche victim. More usually they are used to find lost hikers in forested terrain... and in criminal investigations including prison phone detection. 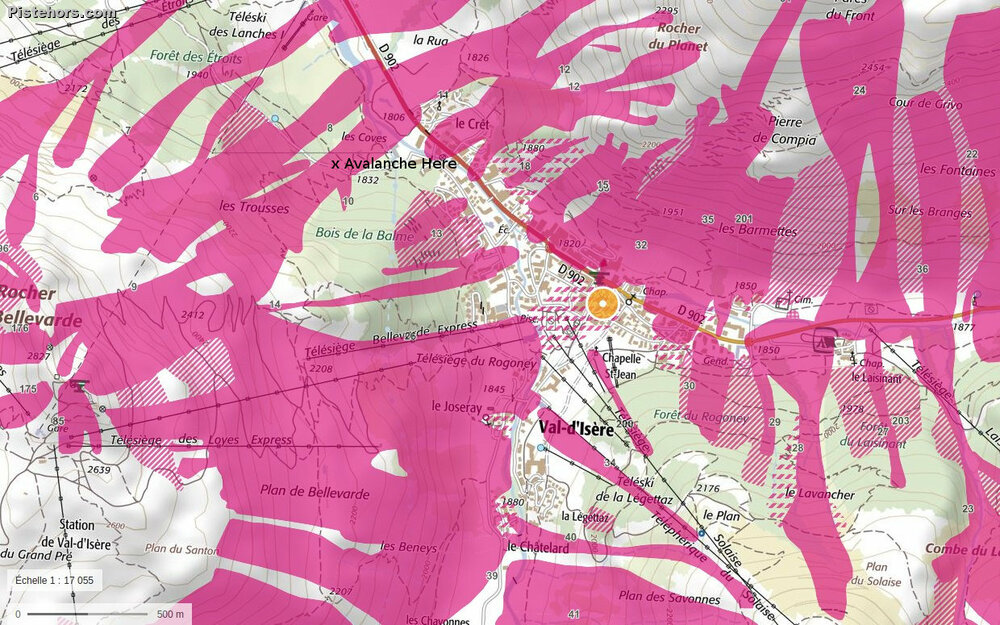 It is interesting that the piste services didn't pick up an echo with their Recco devices (if they were used). This shows the advantage of a detector tuned to mobile phone transmissions however it won't replace avalanche beacons for backcountry travellers. Yesterday the Wolfhound had to be transported by road (poor visibility stopped the rescue helicopter from flying) and the search is slower than with a beacon.