Chamrousse nordic park had opened, then closed again following the foehn. Earlier in the week around 20cm of fresh snow had fallen, this had been followed by anticyclonic conditions. Watching the webcam it was possible to see that a track of some sort had been prepared but the website gave no information. The only way to know more would be to go and take a look.

It wasn't very promising at the car parking. There were about 50 cars and quite a few cross country skiers, so they must have some idea but the trail from the car park to the Saliniere restaurant was more like a border cross with detours around frozen streams etc. it had not really been prepared. At the start it was not clear what had been pisted so, like other people, I headed cross country to pick up the ski runs. Surprise, a loop of several kilometers had been prepared following the usual "conversation" and "lievre-patineur" trails. It was possible to skate but there were maybe as many people using the classic trails. By and large the skiers were either from the local club or a good level, they'd not just arrived here by luck. I didn't have much time but did a few tours in the warm sun, far above the cloud sea that was obscuring Grenoble. The resort opens officially at the weekend and with a bit more work will be able to offer some credible cross country.

Cold, compact snow on the open runs which had been prepared for classic and skate skiing. Crusty snow off piste - about 15cm total. 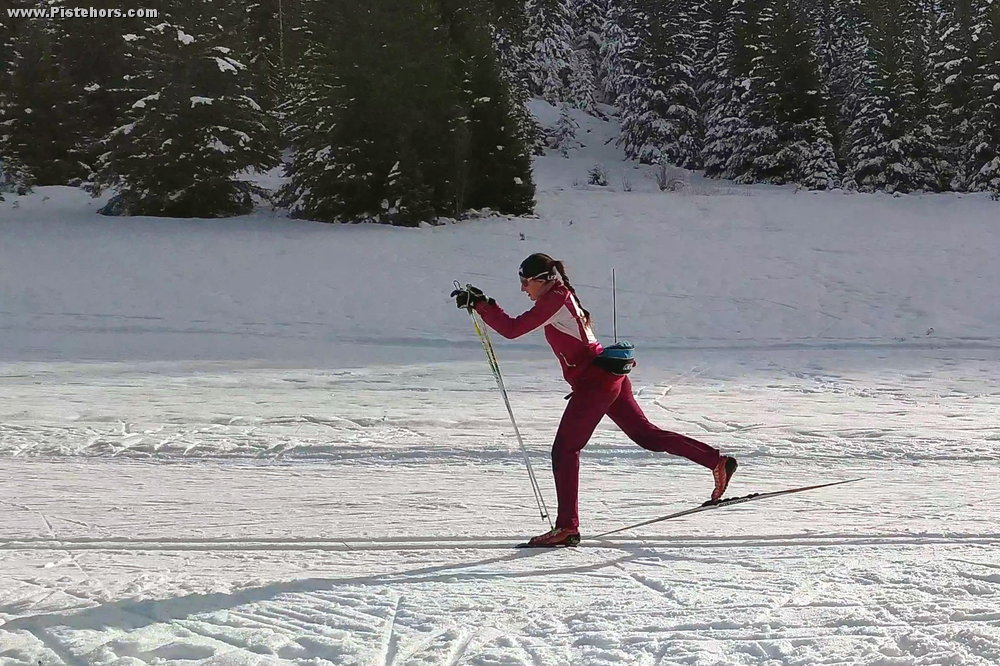