La Tania blog has reported that 200 kph winds have broken "Wild Kong", the statue by scupture Richard Orlinski, in two. He was positioned on top of the Saulire in Courchevel this winter. 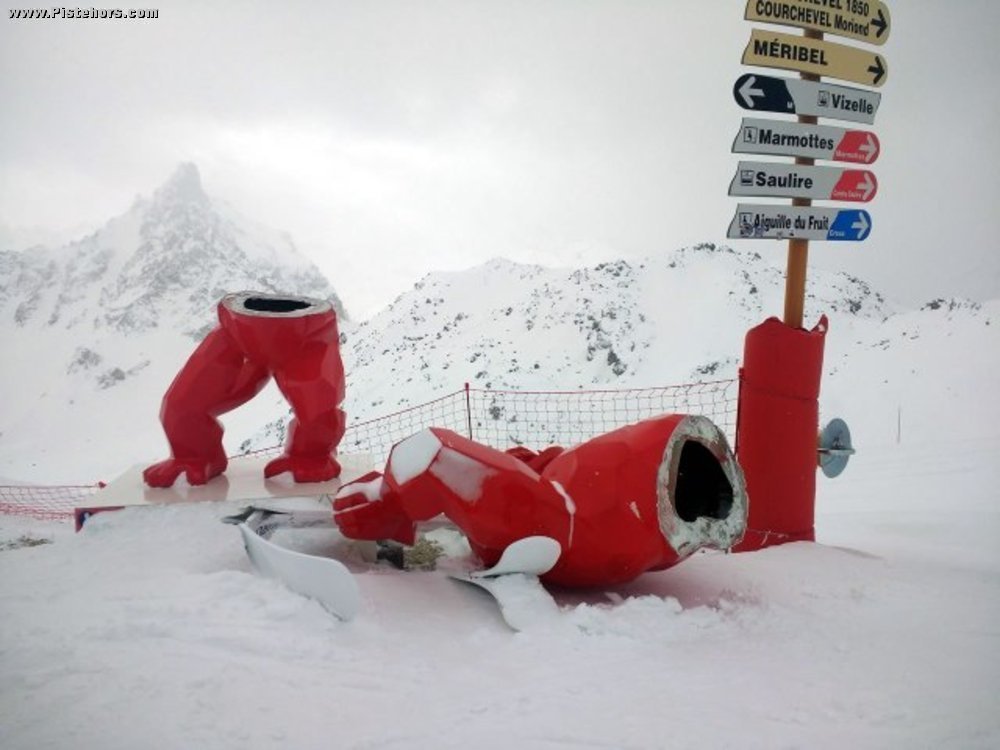 According to Orlinkski, Wild Kong "has his mouth open with terrifying teeth, the plastic gorilla self proclaims it's invisibility by hammering on its chest with menacing fists". Obviously mother nature thought otherwise. The real Kong suffered a similar tragic end when he fell from the top of the Empire State after having been mortally wounded by the USAF. 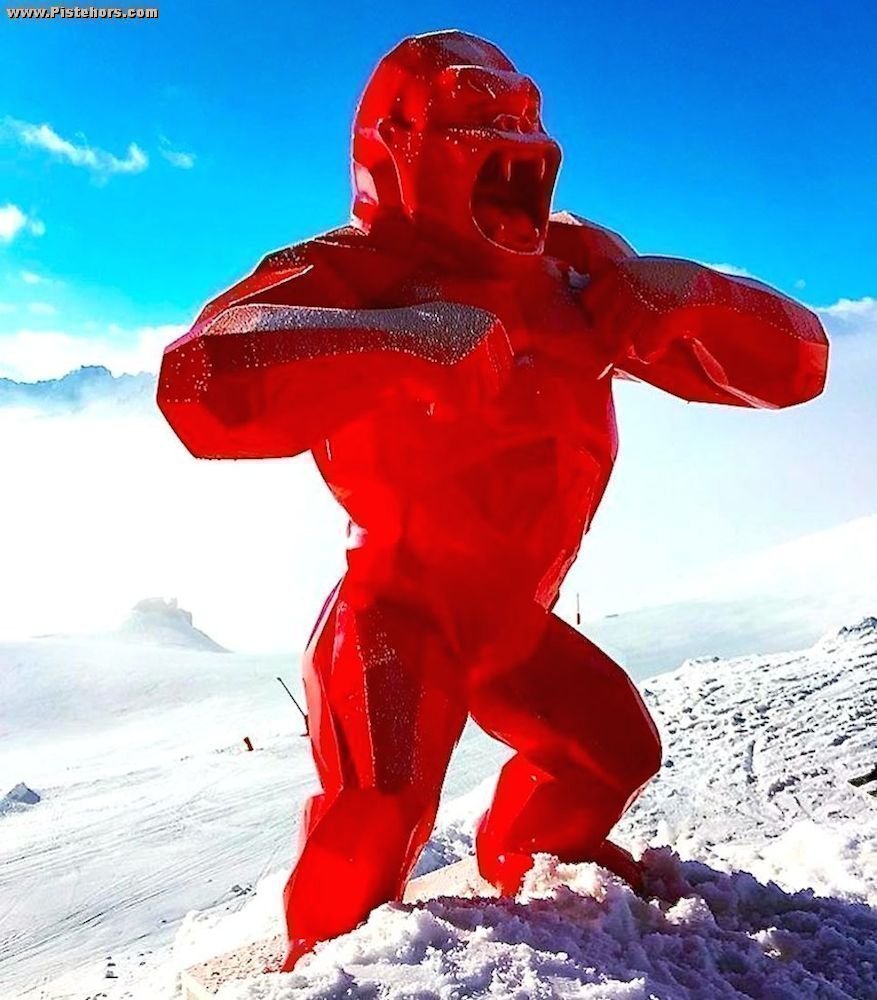