The Col de la Loze is a new paved road pass in France having only been opened in the spring of 2019. From Brides-les-Bains there is 23.5km of climbing with a total vertical of 1700 meters. From Moutiers you can add 100 meters to that total. That is a respectable 7.3% but the devil is in the details. The first 6km is steeper, frequently 8% before the slope levels off a bit through les Allues. Coming into Méribel you take a left to the Altiport and the action starts, this is where a stage of the Tour finished in 1973. Once again the road ramps up to over 7%, frequently 9% between the hairpins.

At the altiport you take a right onto a former ski run, now the cycletrack to the col. The road climbs in a series of flats, then short, steep ramps from 1640 meters to a sort of false col at 2120 over 5.5km giving an average gradient of 9% but there are frequent sections of 15 to 20% hidden in that average. A route for lightweight, explosive climbers, especially considering the altitude. The road now dips then flattens before finishing its upwards journey with a ramp topping out at a lung busting 23%.

It was very cold when I tackled the route and I wasn't on top form but I was still impressed with the finale. You'll need that bailout gear (34x32 for someone like me). I took the back road to Brides les Bains but the main road is not too busy. The climb to Meribel was fairly hectic with lots of roadworks and cement lorries hauling supplied to the frenetic autumn building programme in Meribel. After the altiport things were quiet as the road is officially closed to cars, in fact it was simply closed with a bit of tape and a notice guarding the entrance. The first 5km were very hard in the autumn air but the final kms, bar the final ramp, were not too bad. The road down to Courch' is less steep but there is another short climb, just long enough that you can't simply power over it. Again from Courchevel a lot of autumn building traffic going up and down the mountain. It is flatter to cut through Brides les Bains on the return leg rather than stick to the main road. Count about 45 minutes from the summit back to Moutiers.

Cold. The pass was officially closed from Meribel / Courchevel (15 October is the official closing date) but clear of snow and debris and a few car drivers were using it (normally closed to road vehicles). 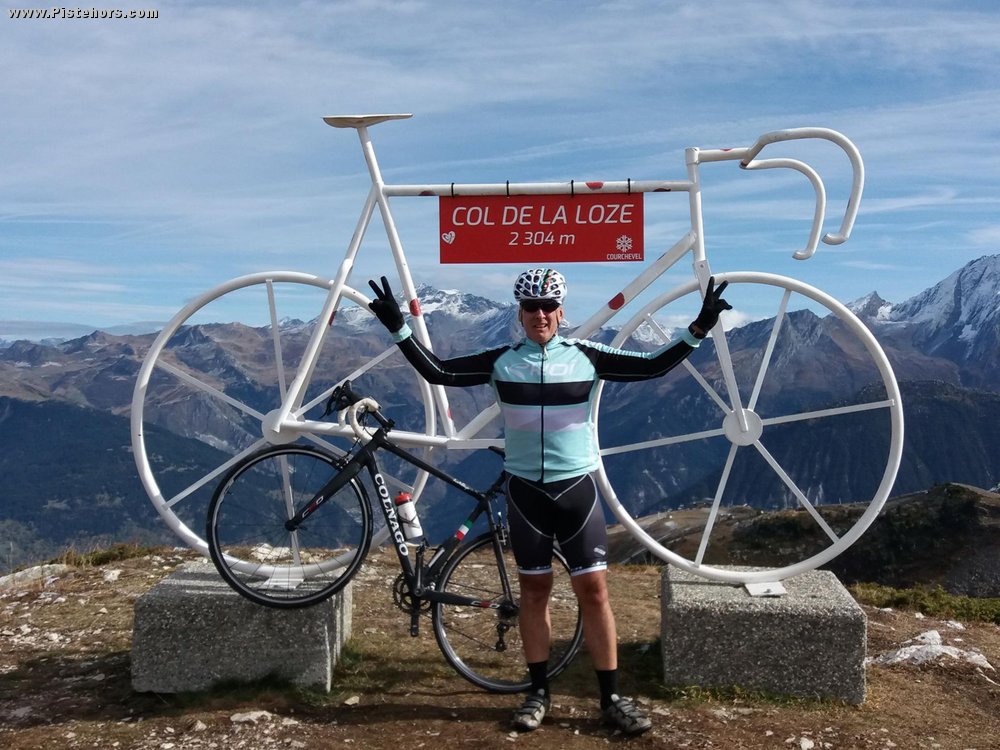