New climate change models from the prestigious French CNRS, CEA and Meteo France are forecasting that temperatures will rise by +7C by the end of the century with current rates of growth. The so called "business as usual" model or (RCP 8.5). 100 researchers worked on the new models. The calculations took a year to run, simulating the climate for the last 80,000 years. Only a change to a zero carbon economy and the development of carbon capture by mid-century would keep average global temperature rises below +2C in line with the Paris agreements. 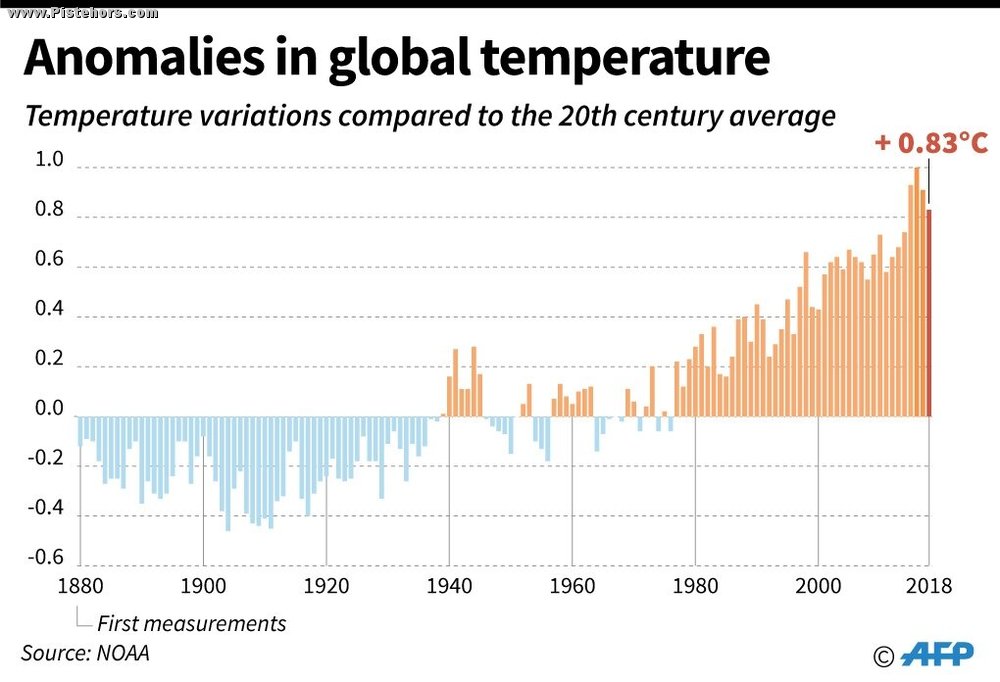 Olivier Boucher, head of the Climate Modelling Center of the Institute Pierre-Simon Laplace notes that the "business as usual model" would actually require some effort to find fossil fuels so is not the most likely but keeping to the 2015 Paris accords will prove extremely difficult. A more likely scenario is a rise of the order of +3C but even this will have a severe impact on the environment with summer long heatwaves being the norm in Europe by mid century.

The Alps are already being impacted. On the high summits of Mont Blanc the glaciers of Argentière and the Mer de Glace might disappear before 2080 and before the end of the 21st century, respectively under the business as usual model. Even under the more likely scenarios the Argentière is doomed and the Mer de Glace would be reduced to an ice-cube.

The rise in temperatures is having an impact on the 947 buildings, ski lifts, pylons, refuges, avalanche protection that are built on permafrost in the French Alps. A study by the University of Savoie has identified at least 148 infrastructures at high risk from permafrost thaw. In 2016 the Rosaël chairlift at Val Thorens and the Funitel de Thorens pylons have had to be moved or reinforced due to thawing of the ground. The Pilatte refuge in the Ecrins is suffering from subsidence. This summer researchers also noted that there was no overnight refreeze on the Sarenne glacier near l'Alpe d'Huez - the thaw of the ice continued day and night and the lift infrastructure is at risk.