This is almost certainly going to be my last Virgule Couloir of 2019. First off all getting up at 6am during the week is not my cuppa but the reward is seeing the sun rise over the Alps. The red glow on the snow and the yellow ramparts of the east wall of the Chartreuse. There was no-one at the car park at 7am, a bit contrast to a few weeks ago when the parking was full, I guess people have had enough of skiing now.

The ski area is closed now, this meant all the fencing was gone and it was easy to climb to the top of the pistes. There was already a track, probably from last night. It had snowed 10cm on Sunday/Monday morning and Monday had stayed cloudy, preserving the new snow. The track wasn't easy to follow as the maker had clumped his way up rather than gliding his skis over the snow.

As I reached the final cirque I realized I was running a bit late and stepped up the pace.

Avalanche risk principally on NE to South faces due to small slabs formed by north wind. 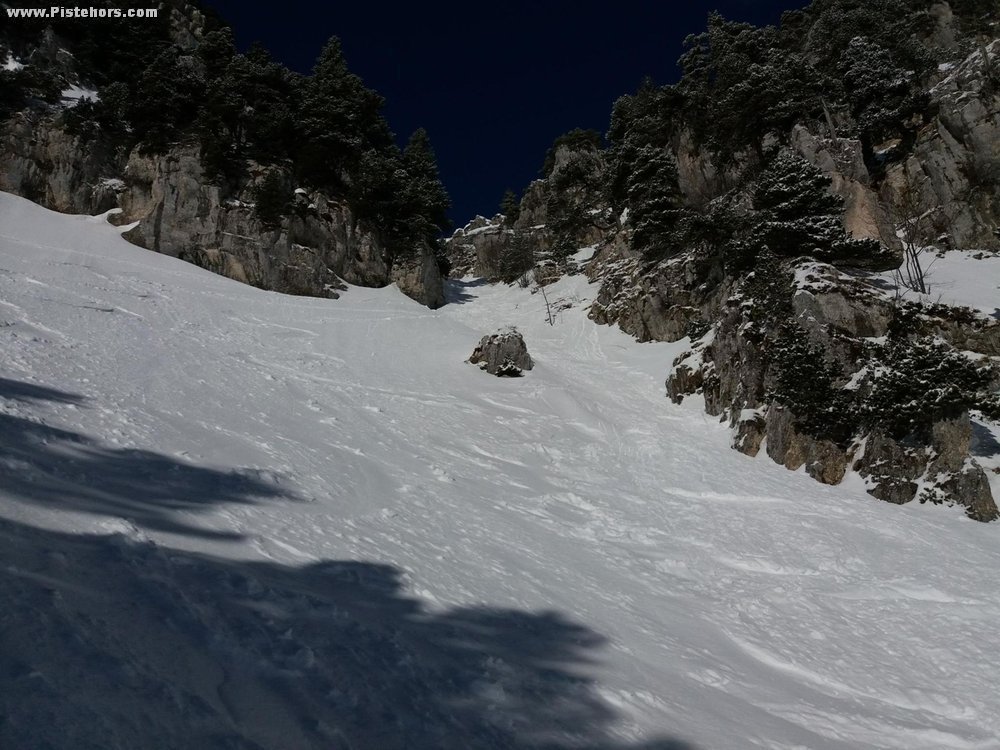 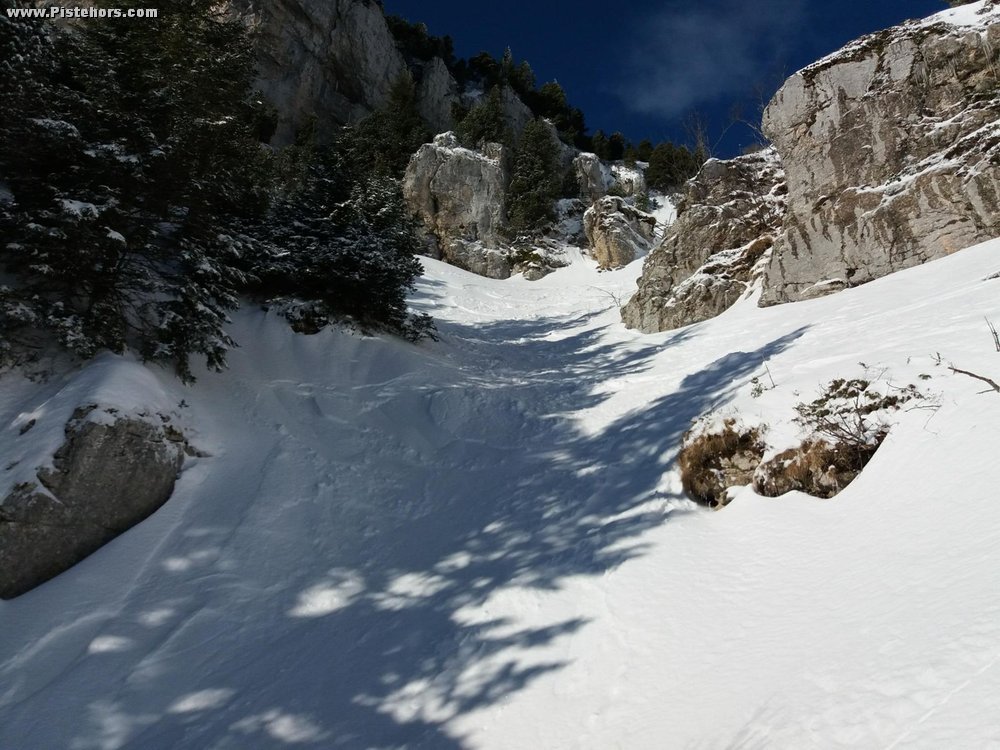 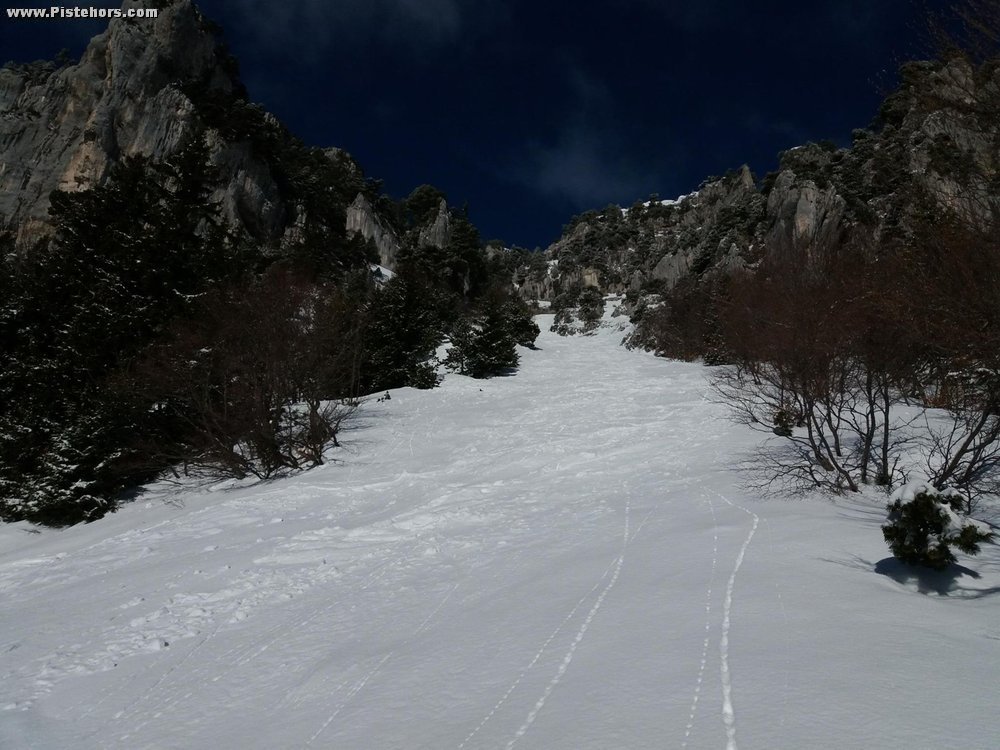