I'd not been back to Barioz for a while but had a half day off to enjoy the last of the summer in winter weather. I arrived at 9h45, a bit late but the pistes were still hard on the traverse from the Foyer to the 4 Chemins. The climb back to the Foyer was quick and I took it easy then up to the refuge where there was quite a bit of soft, powdery snow in the shade. 42 minutes for the 6.5km, 340 meter climb to the refuge and I wasn't far off my 2015 PB of 27 minutes for the steep Foyer to Refuge section. I'd heard the Grande Treppe and Levant loops had not had a refreeze but they seemed pretty ok to me. Only issue was the snow was very sticky in the sun which caused some fun braking. I stopped for a photo at the Refuge du Levant and then chatted with a charming pisteur who told me that they'd had a lot of trouble preparing the pistes with the very hot weather. She was going around with a shovel to make some repairs by hand. They'd had to run the piste basher at 4km/h to avoid damaging and wearing the snow too much and this meant it was very long to prepare the slopes each day. I wonder what the story is behind the Levant piste name.

The ski back down was sticky at midday, a bit too much sunshine. Everything should change on Friday with the return to winter.

Hard snow on the Ramiettes (from the ski foyer). Hard to powdery snow on the climb. Good conditions on the Levant and Grande Treppe on the whole but the snow was sticky in the sun (luckily most of the trails are shaded by trees, a couple of the climbs had soft snow and poles would stick in a long way. Sticky snow on the descent at 12h00. Zero isotherm: 3500 meters. +18.5C at valley level. 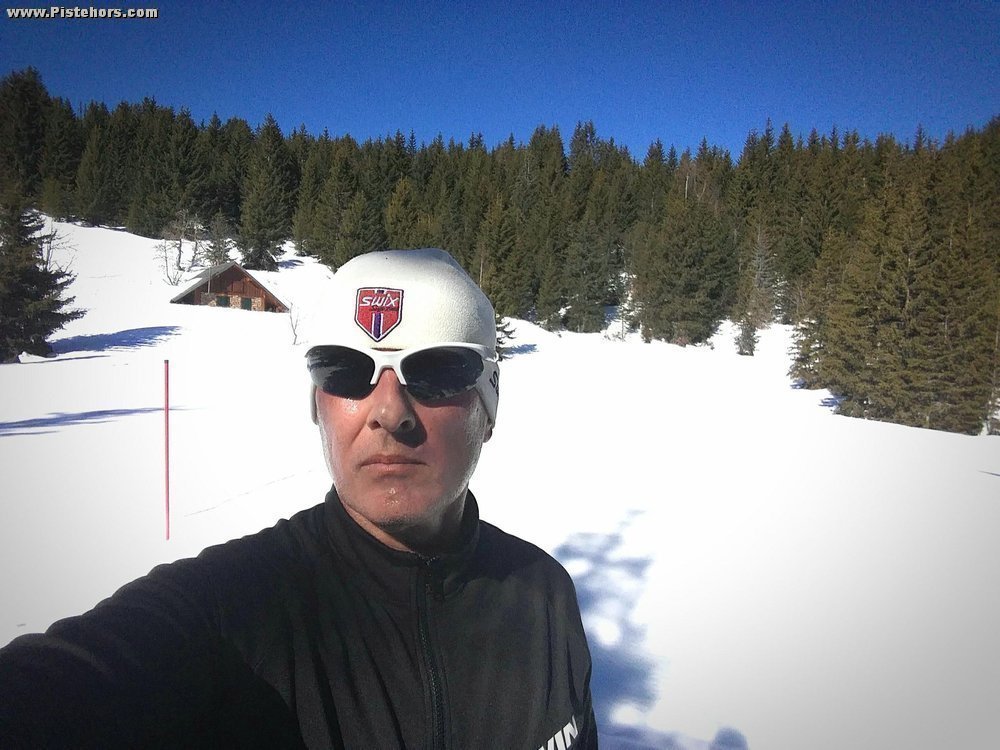