Avalanche forecaster Frederic Cabot has been checking out the situation at altitude in the Beaufortain mountain range and the picture is somewhat troubling. We've had two seasons of relatively stable conditions over much of the French Alps but the start of this season may be different, at least at altitude. He toured into the east bowl of the Pointe de la Combe Neuve and this is what he reports.

"Tasked with monitoring the snowpack in the Savoie region and with preparing the avalanche bulletin, we are allowed on the terrain from time to time while observing a certain number of health and safety rules as you can imagine. This lets us collect information that we are so lacking at the moment. As often this trip was particularly instructive, certainly the snow cover is low at the moment (which makes the lockdown a little less painful). The start of winters with little snow are often problematic, favoring the formation of persistent weak layers and given the forecast this scenario will likely continue." 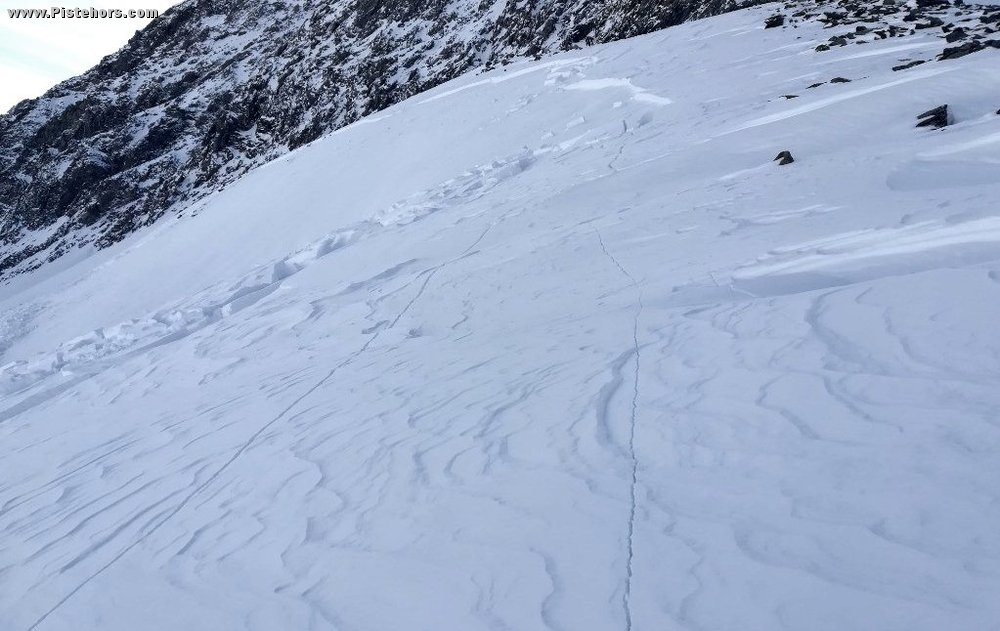 Cabot oberserved the following avalanche activity on his trip "Spontaneous soft snow avalanches dating from the day before. Above 2500m their is the presence of a fragile layer of goblets (from the sprinkling of snow ten days ago which has transformed) covered by fresh wind blown snow blown with a powdery appearance. The usual explosive cocktail: Many woumfs warning us not to approach any slightly steep slopes and a lot of remote triggering of small slabs on the slopes around us. The deepest slides were 50cm, but more generally 15cm. It was the number of remotely triggered slabs more than their volume that was remarkable. We analyzed a slab at 2650m altitude, classic soft slab profile: 3 layers of fine grains and particles (hardness 2 or 1 depending on the layers) dating from the windy snowfall of Sunday evening resting on 2 cm large gobelets then a solid refreeze crust over 15cm with a new fragile layer that remains buried underneath but was inactive due to the crust on top."

If there is a PWL problem in the making these kind of avalanche problems are extremely difficult to predict but often produce large, infrequent avalanches that catch big groups.