With the Giro starting today the Italian broadcaster RAI TV have created a video with some historic figures of the past and present. The video recaptures that iconic bottle pass between Bartali and Coppi captured by photographer Carlo Martini. A symbol of fair play and friendship between rivals.

Like many iconic images: Khaldei’s Reichstag, Doisneau’s Kiss, Capa’s Fallen Soldier all is not quite what it seems. First of all the event occured on the Tour de France on the stage from Lausanne to l’Alpe d’Huez and happened high on the Galibier pass. The first thing you notice is that the bottle isn’t the usual tin affair with a wooden cork as used back in the day. Unusually it is a glass water bottle. In fact the bottle had been handed up to the cyclists by a an assistant of Martini who had arranged the pass with the two riders before the stage. A stage within a stage if you like. 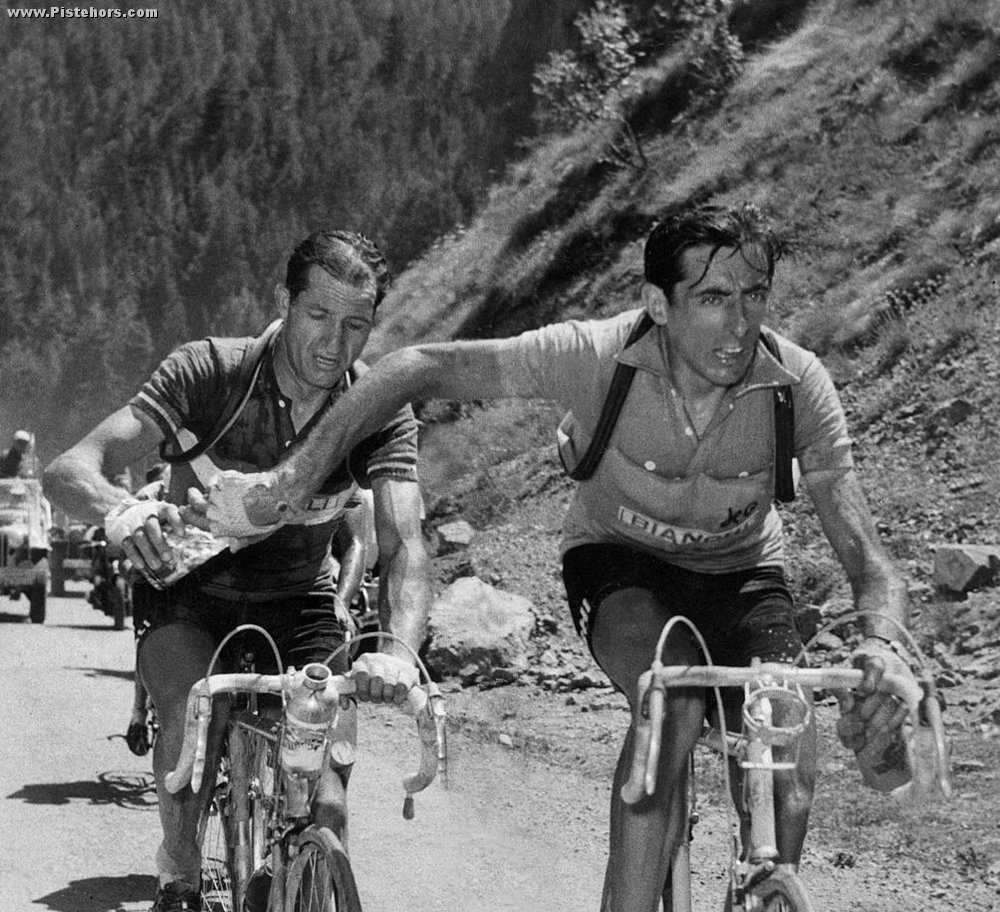 Aficionados have long debated who is passing the bottle to whom. The RAI film shows Coppi passing it back to Bartali. Coppi’s son Faustino confirms this version of events but it seems things are not yet settled with the Tifosi. Fausto's bottle cages are tellingly empty and Bartali's full but why in that case did Bartali need water? If it were the other way around how did Bartali carry the glass bottle?