Trips like this only happen a few times per season. 20-25cm of fresh, cold snow with a descent just after dawn in perfect conditions. After setting the alarm at 6am I faffed a bit before getting to the Col de Marcieu just before 7am. Then I couldn't find my touring gloves so had to use my ski gloves. Not sure my frontal lamp was worth it as it is now sufficiently light to climb. Surprisingly the car-park was nearly full and I could see skiers in front and arriving by car. It looked more like a skimo race.

I got moving as quick as I could with my Fischer Transalp skis after the bindings broken on my old Freedreams. These skis are a bit heavier overall but have a bit more width. I set off in pursuit of the early risers catching the first group at two-thirds distance (they were quicker than I expected) then two other groups in the cirque. As we hit the summit the sun came over the horizon. Beautiful with the ochre yellow cliffs of the Chartreuse bathed in yellow winter sun.

A strong N/NE wind at the summit blowing snow around. The barb wire fencing at the entrance is largely filled in. There was a skier ahead of me but the couloir was largely untracked, maybe the wind was filling in the tracks quickly? I skied straight down the couloir, the conditions near perfect until the bottom when the frozen base some 15cm or so below the surface began to make itself felt. Same for the woods, the base a little too present. The forest trail and ski runs were perfect.

Climb took around 58 minutes, giving a VAM of around 800 meters. A return to form.

Avalanche risk: 3 (Considerable). The bulletin warned of the possiblity of skier triggered slabs on a wide range of slopes from SW to E, even far from the summit. Excellent, light snow conditions and skiable down to 1000 meters now. 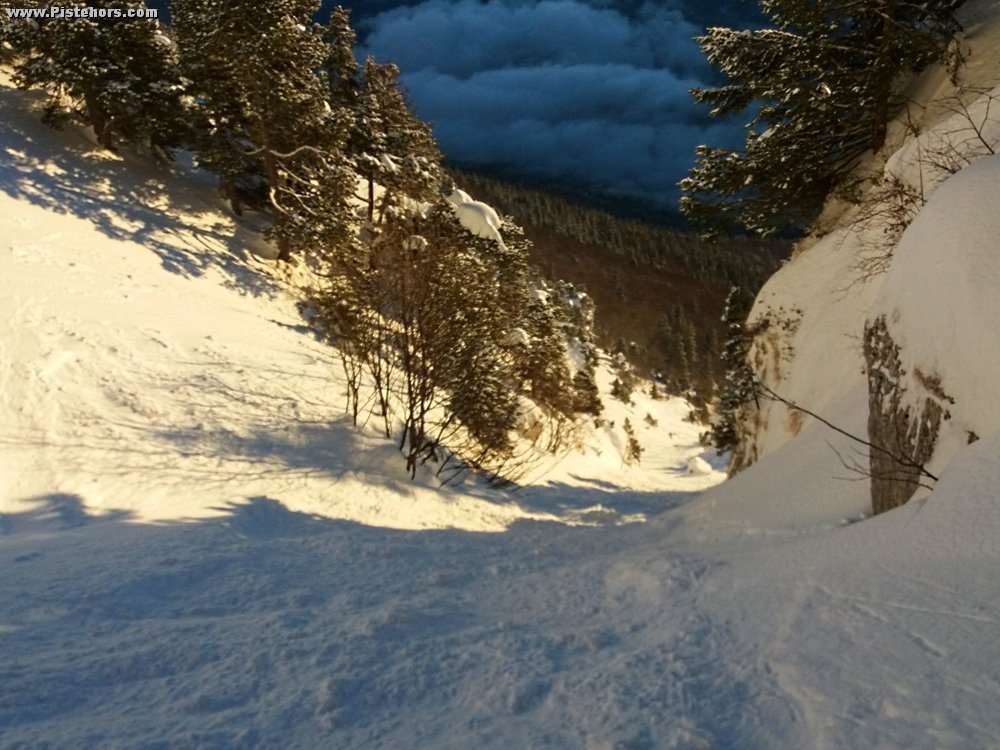 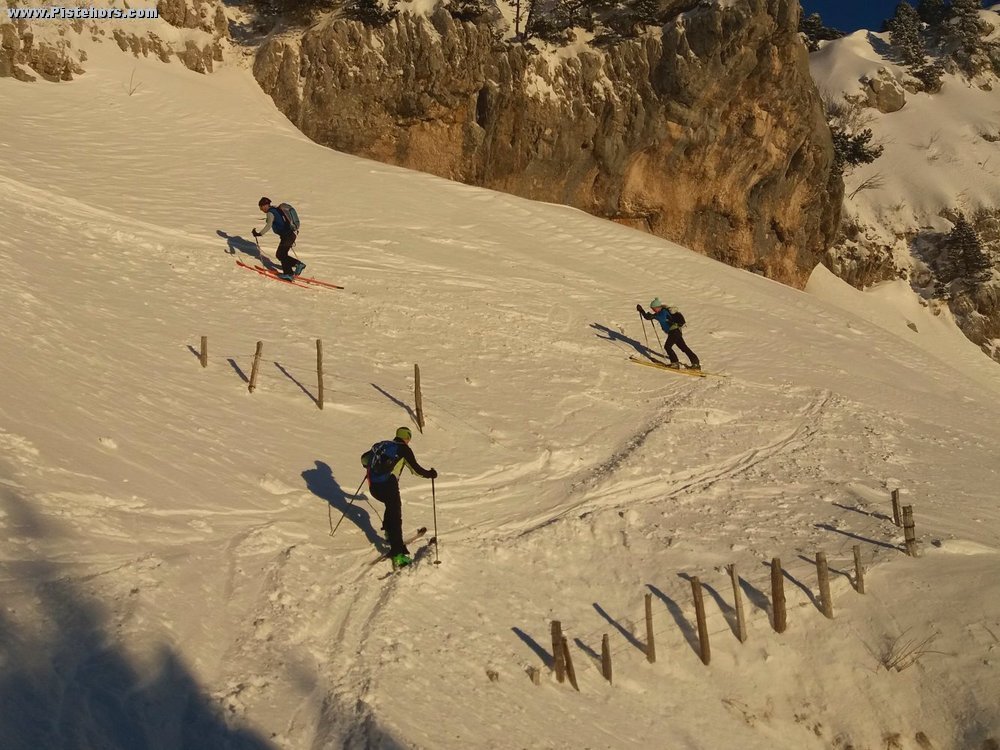 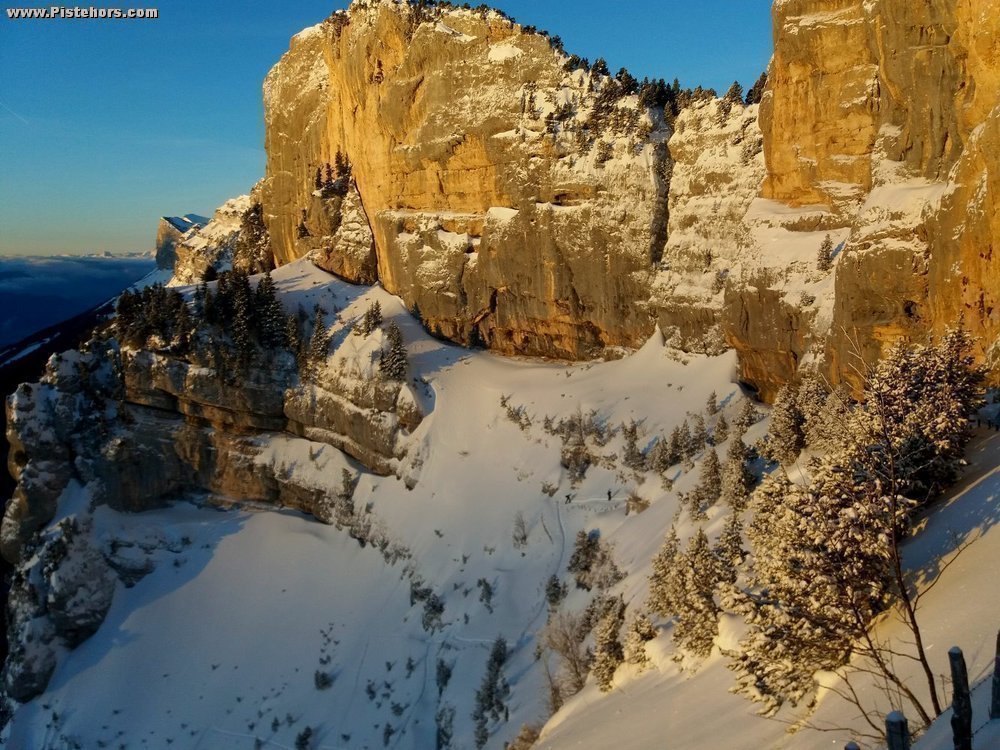