Review of French avalanche incidents for the winter 2014/15

There were 45 avalanche victims in France during the 12 months finishing on the 30th September 2015. Over the last 35 years only 4 other winters have seen such a high number of fatalities. Indeed the trend since the dramatic 2005/6 winter has been downwards.

The rest of this article will deal with incidents that involved fatalities. Because the authorities are involved in any fatality these figures are pretty much certain and enable comparisons to be made from one season to the next.

There were 29 incidents involving fatalities giving a ratio of 1.55 fatalities per incident, slightly above the average of 1.5 and considerably above last year’s figure of 1.1. This suggests a number of larger incidents, perhaps due to unusual snow conditions or errors in group management. There were three incidents with 3 or more fatalities. There have been 7 winters since 1990/91 with more fatal incidents. These kind of dramatic winters occur about every 5 years.

The Savoie (10 incidents) and Hautes-Alpes (9 incidents) were the principal departments affected by fatal avalanches. The figure for the Savoie is slightly above the average of 7.8, for the Hautes Alpes it is nearly 3 times the long term average of 3.2. In a season where winter didn’t really start properly until mid January it should be noted that both departments border with Italy and had benefited from considerable early snowfall from seasonal autumn storms. PisteHors reported on the 4th December

“Meteo France report snow levels 25 to 50% less than average in the Northern Alps while the Southern Alps has been hit by a series of storms leaving over a meter of snow from the summits of the Mercantour to la Grave. Good news for Isola 2000 near Nice which will open on the 6th with 80 cm at the top of the pistes. Serre Chevalier also say they will open at the weekend and they may be joined by Montgenèvre.“ Val d’Isere also had good conditions in the Fornet sector whereas it was relatively dry in Tignes, slightly further to the West.

Were there clues to the season to come in the early conditions. Again PisteHors noted

“Early season conditions, thin snow-pack we've got areas of weak hoar crystals forming... the conditions are dangerous in the Pyrenees and Southern Alps at the moment. We've had reports of skier triggered avalanches in these ranges”

“There are localized weak layers (facets or depth hoar) in a wide arc from the Savoie to the Mercantour and in the Pyrenees. These are covered either with fresh or wind blown snow.”

It always seems counter intuitive to the casual observer but years with early, thin snow-packs are the most dangerous. In this case the instabilities were localized to certain areas which had atypical weather patterns compared to the rest of the French mountain ranges. The Isere with 3 incidents was slightly above the trend of 2.3 and the Haute-Savoie, again 3 incidents, below the trend of 4.5. Further south, the departments of the Alpes-Haute-Provence and Alpes Maritimes saw 2 incidents, the long term average is 1.7.

Without rehashing every single incident here are some points raised by last season:

16 fatal avalanches concerned ski and snowshoe touring compared to the trend of 9.2; 9 off piste skiers, similar to the trend of 8.9; 2 climbing again similar to the trend of 2.3. Once again it is ski tourers, often local to the mountains and experienced, rather than the image of reckless freeriders, who are the principal victims of avalanches. This highlights the vulnerability of ski tourers (and snowshoers) to avalanches when climbing routes, the grouping of multiple skiers on the same slope and the rise in popularity of this branch of skiing. There were 4 fatal avalanches for this activity involving multiple victims compared to 1 for off piste skiers.

With the increasing popularity of airbags amongst backcountry travellers this season once again highlights their benefits but also their limitations. In thin snow-pack years or early in the season skiers are extremely vulnerable to injuries when carried over rocky terrain such as the experienced off piste skier killed at Auron on the 28th December 2014. Actuation continues to be a problem such as the Châtel group in February. Large avalanches, typical of risk 4 conditions, often overwhelm airbags, for example the ski instructor killed on the North Face of the Bellecôte on the 7th February. Airbags show their worth in typical snow conditions on level 3 and 2 days. Skiing at risk slopes on “big” level 3 or 4 days and your airbag may be otherwise increasing your risk of getting caught in a slide.

Group spacing, both climbing and finding safe areas to stop is a continuing issue and not always easy to balance with the requirements of keeping group members in visual or audio contact and timing constraints. There were two notable incidents, that of the 6 members of the local French Alpine Club killed at Ceillac and the 9 climbers killed on the Barre des Ecrins.

As well as local, experienced backcountry travellers featuring in the statistics there were 6 groups accompanied by high mountain guides, one with a ski instructor and two professionals. A ski instructor working for the electricity company and a piste worker doing avalanche control. Amongst the guided groups there was the fatality of a schoolboy whose beacon (he wasn’t wearing one) had not been checked.

There were the usual collection of skiers alone or losing contact with their group, skiing without beacons and also skiing in poor weather which makes fast and efficient rescue extremely complicated. 2 people were also injured on piste by avalanches triggered by off piste skiers above. Wind, rather than fresh snow, also played a role in some incidents. 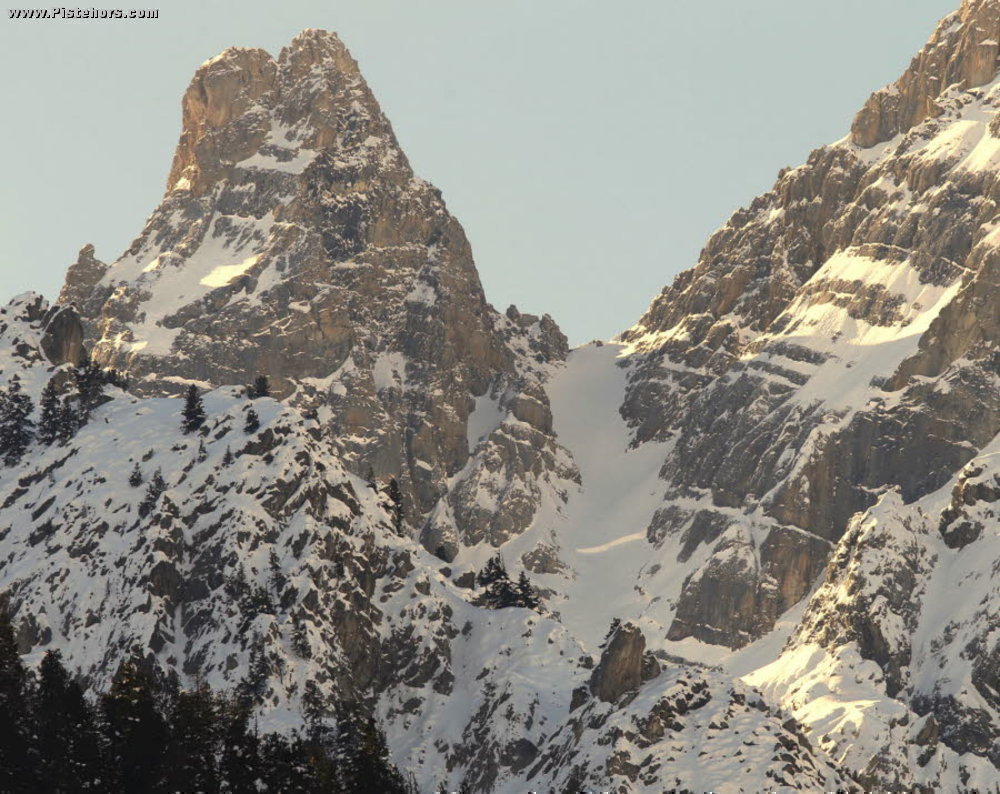