The heavy rain earlier in the week has left two ski lifts in Avoriaz under water. Fortunately the season is over for the Haut Savoyard ski area. It has been estimated that a month's worth of rain fell over the weekend during two heavy storms. The heavy rainfall meant that a lake built to feed snow-making in the Pas du Lac sector has burst its banks.

Two chair lifts: the Tour and the Lac-Intrêts have been flooded. It was a shock for the ski resort operator who is waiting for the flood waters to subside to asses the extent of the damage. It is not just the lifts but snow making, water pumps and electrical equipment. There is a risk that all will have to be replaced however the lift motors should be okay as they are installed at the top of the base stations. 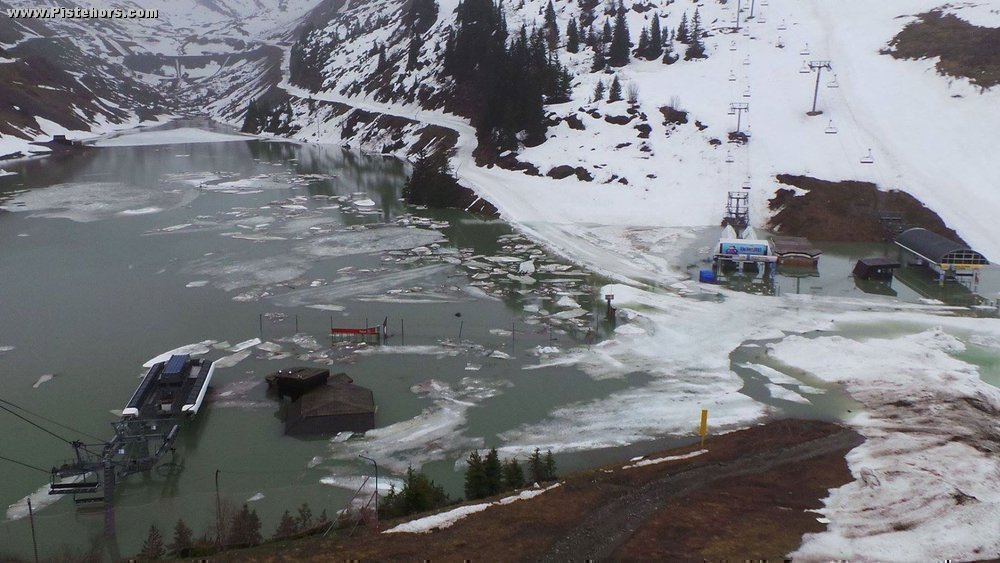