Glide cracks appear when the snowpack slides slowly downhill at different rates, faster towards the bottom. Often the movement is just a few mm per day. The snowpack below the glide crack may release suddenly, giving rise to a full depth avalanche. This frequently but not exclusively occurs in early spring. 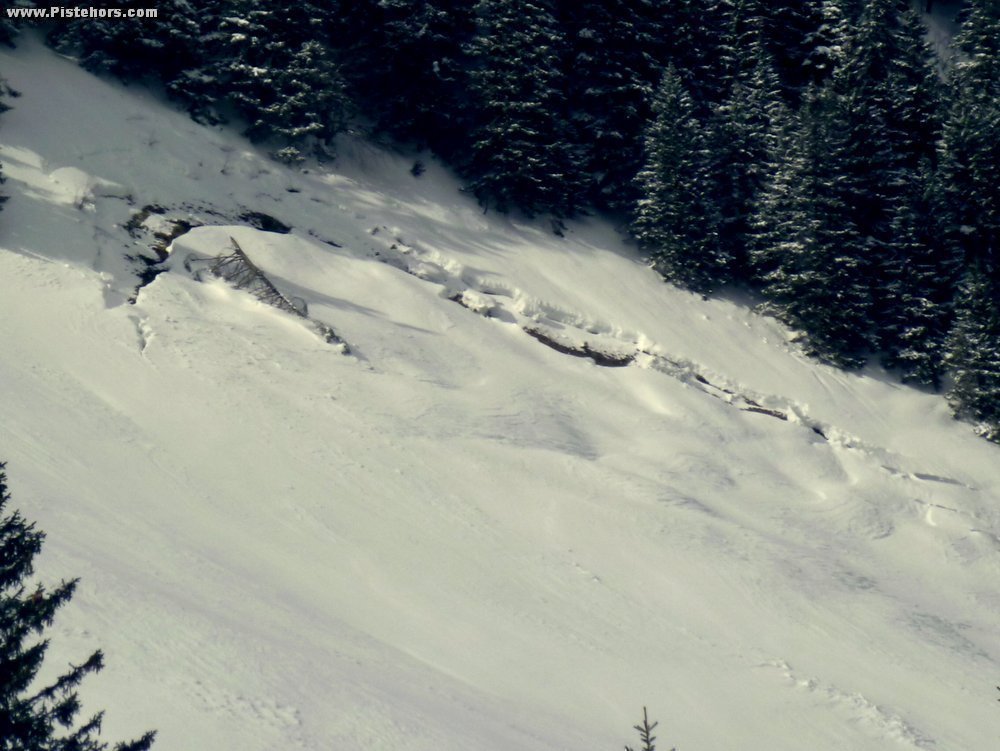 An acceleration in the speed of the snowpack is often a sign that the slope is about to release. However this is not perceptible to the naked eye. The snowpack may release at any time of the day, or night.

The conditions that favour glide cracks are:

1 Smooth ground: flagstones or grass amongst others
2 There must be water lubricating the interface between ground and snow
3 There must be a slope, just 15° is often enough. On flatter slopes the “slab” may simply thaw and melt rather than releasing
4 Sufficient snow depth

Glide cracks are often seen on the same slopes and are more common in some mountain ranges (ie Bauges, France) than others. There are two types of event: Warm - where the snowpack is humid due to rain or warm, sunny weather and Cold - the snowpack is dry except for the interface with the ground.

They are more frequent in winters where the first permanent snow falls on warm ground, usually in late autumn. The appearance of glide cracks can vary from one winter to the next and the resultant avalanches depend on the thickness of the snowpack. At altitude glide cracks appear more frequently on south facing slopes.

Opinions vary as to how dangerous slopes with glide cracks are to skiers. The Swiss Avalanche Research institutes recommends avoiding slopes where they are present as they can release in the middle of winter even when the snowpack, apart from the base, is cold and dry. They should be particularly avoided in spring from the end of the morning. American expert Henry Schniewind confirms their random nature saying he’s seen them release at -20C in the middle of the night and says “they don’t obey many rules, don’t spend more than a minute or two under them”.

Avalanche specialist Werner Munter takes a contrarian view “glide cracks signal that the slope has lost its tension. Slopes with fissures are safe, as long as the snowpack is not water logged, you should favour them.”

One thing is sure, if the slope does go, it is a natural effect and not caused by the passage of a skier or snowboarder. So the dangers should not be confused with those of slab avalanches. Full depth slides are normally slow moving, so if you are not in a terrain trap like a gulley, you can normally out ski them. Summing up, ski them but quickly, don’t skin them and avoid when warm. 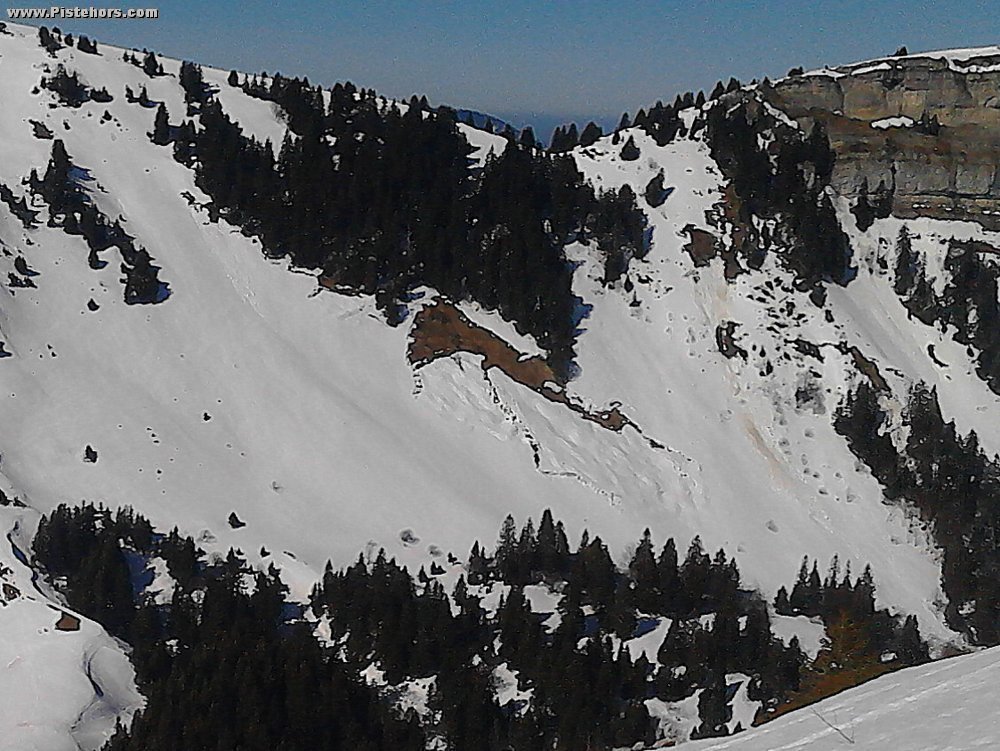 Glide cracks and the resulting avalanches are a major headache for ski areas as they are extremely powerful and can destroy ski lifts and other infrastructure that can’t get out of their way. The move to warmer but wetter or snowier winters over the last few years in the Alps has led to the appearance of more glide cracks and the resulting avalanches.

The Chamonix lift operator (CMB) has tried various techniques to tackle glide cracks. Explosives, but the snowpack is not very sensitive, water injection etc. Only classic avalanche protection measures are effective which increase the roughness of the slope. This is what Saint-François-Longchamp has done following the avalanche in March 2012 that took out a chairlift. However such measures are very costly (260KE for Saint-François-Longchamp) and have a visual impact.

The CMB and consultants Engineerisk has put in place an observation system called Glismo (Gliding Snow Monitoring - http://www.glismo.fr). They have also experimented with a number of measures including installing wooden trunks across the slope to limit sliding. This has been trialled at Chamonix, Avoriaz etc. The advantage is that it doesn’t stop skiing on the slope and the visual impact is limited. Engineerisk has also experimented with accelerometers on the Brevent in order to determine if it is possible to predict full depth avalanches before they occur. Humidity and temperature data are also collected. A camera has also been installed at the site.