The ski industry faces up to climate change

The Observer has published a fairly long article on global warming and its effects on the ski industry. Now it has been 16 years since we published alpine weather expert Jacques Villecrose’ article "Will there be snow tomorrow?" which looked at similar issues. Villecrose was a keen ski tourer and worked for the French weather service in Grenoble.

The Observer article is fairly light on facts but repeats that at current trends the snow line will be 300 meters higher in the Alps. Villecrose’ article came at the end of a series of very poor winters and it seemed that alpine skiing would soon be finished. Two things have changed that scenario. The snow canon and the vagaries of the weather against a long term trend.

At 1350 meters the Col de Porte in the Chartreuse is typical of the altitude of many alpine ski resorts in France and Switzerland. It also sees prodigious amounts of snow as it catches the front of any atlantic weather system. Metéo-France have been recording snow cover here for over 50 years but even with such solid data interpretations can vary. If we plot a linear trend line of the number of days with snow on the ground and the number of days with more than 1 meter of snow cover it is clear that winter is getting shorter by between 6 to 9 days per decade according to the Metéo-France graphs. That means we lose a month of skiing about every 30 to 40 years. At current trends. 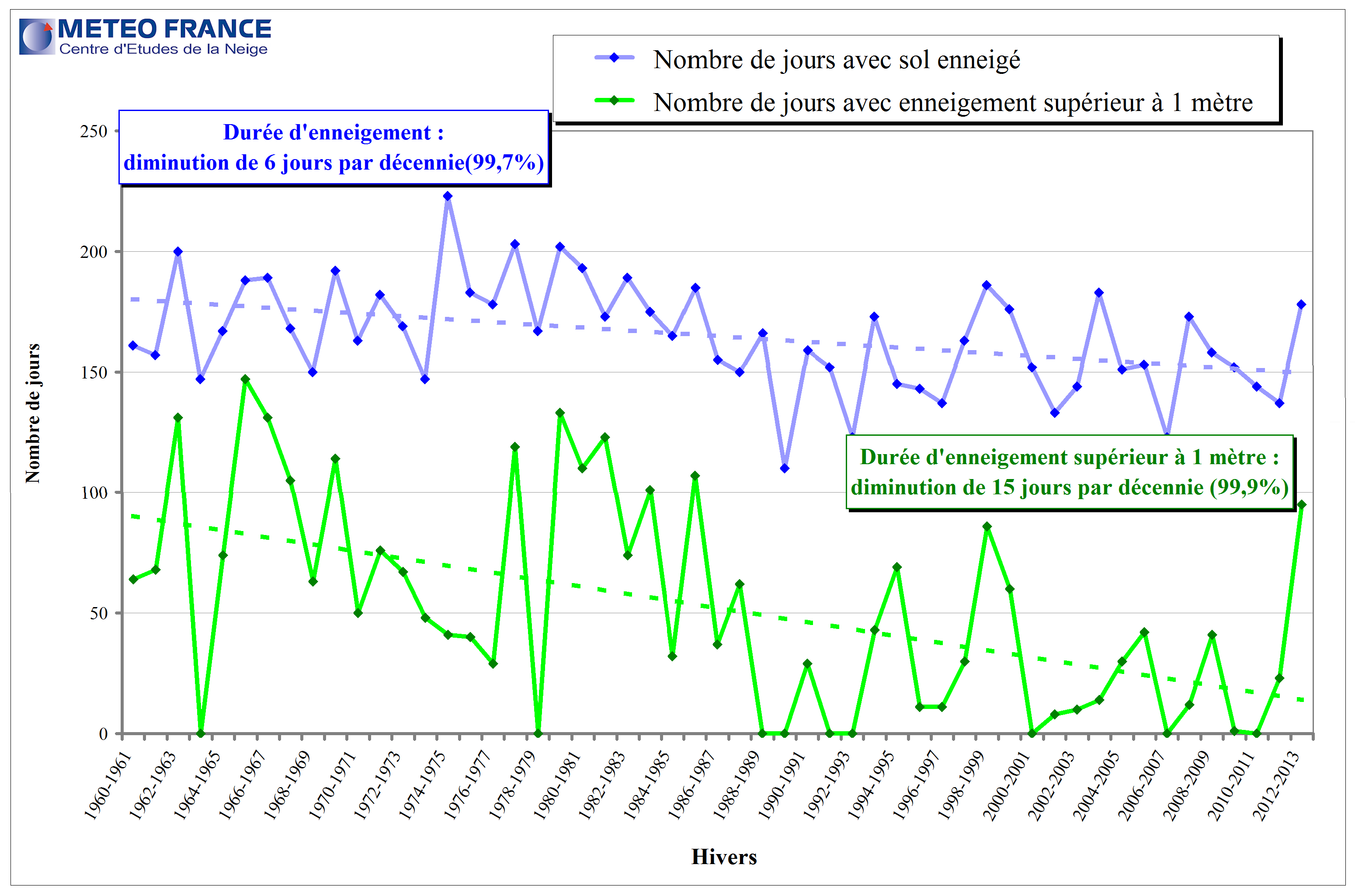 However plot a 5 year moving average and we see something many have spotted. Recent winters have not been so bad as the disaster years of the late 1980s and early 90s. We see that the mid-70s were clearly a bonanza and this period coincides with the boom in ski resort construction when every village wanted its own ski lift no matter how variable winters could be at lower altitudes. It is these resorts and micro-areas which are currently shutting up shop. Places like Drouzin le Mont in the Haute-Savoie. There was a sharp and striking decline in snow cover over a 15 year period starting in 1980 and ending around 1995 with a couple of “disaster” winters in 1989 and 1991. Since then conditions have either stabilized or improved but with no return to the monster depths from 1960 to 1987. 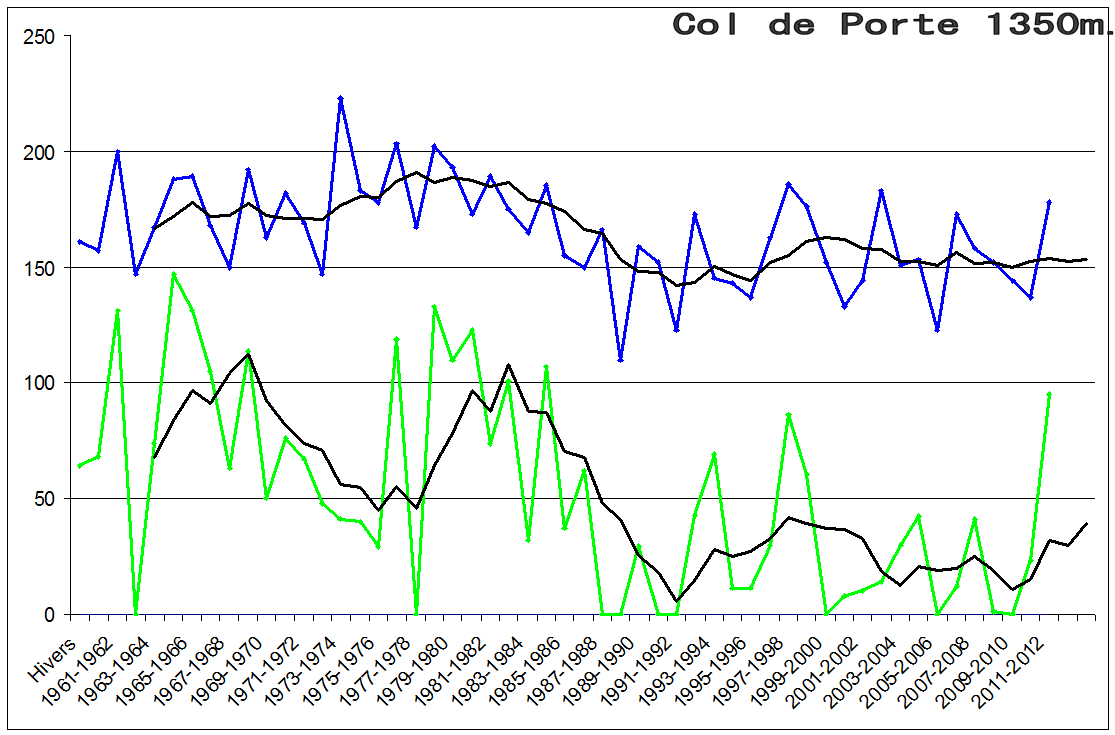 A different view of the long term trend

In 1998 Jacques Villecrose identified one phenomenon. Snow cover in the Alps is often the result of 3 or 4 major storms during the season even if things are topped up by smaller falls. If these patterns are disturbed - a blocking high during January and February or storm cycles coming early or late this can make the difference between a good and bad winter. There also appear to be a number of micro-cycles. The early to mid noughties were a period of relatively dry conditions in the Northern Alps. Since 2010 the trend has been to a wetter climate with better snow depths as a result, at least at mid to high altitudes. This has been reflected in some glaciers. The glacier Blanc in the Ecrins has been growing since 2012 although it has yet to recover the mass it lost in a single year in 2011.

The Observer says that ski resorts have finally woken up to the environment and climate. That’s maybe a bit premature. Alpe d’Huez has just constructed the largest man made lake in Europe. Complete with a PVC liner. It will provide water for snow canons to be located on the glacier de Sarenne. The government planning expert said that they might help slow down the glaciers eventual disappearance due to global warming. In another move the French senate has just authorized alpine restaurants to transport clients using snow mobiles. While the amount of fuel may be limited the noise pollution on the nighttime alpine environment will be considerable. It is the same picture for the glacier d&#39Arcouzan in the French Pyrenees which gained 2 hectares area last year alone, although such small glaciers are very sensitive to minor climate variations.