Sylvain was a strong all round skier, whether on skis, snowboard or telemark. Born in Chamonix he knew the mountains well but had opted to make his life in the Queyras, far from the bustle of the Haute-Savoie. With his wife they skied 60 to 80,000 meters of vertical in a season. Around 70 tours.

At midday on the 6th of March they were at the entrance of the steep NE couloir of the Chaberton. The weather was finally sunny and clear. The entrance to the couloir was hard-pack but the couloir itself had purged leaving stable, settled powder. What followed was 800 meters of excellent skiing. At the base with the difficulties behind them they traversed to pt 2357 m. The last slope, perfect powder, after a short section of 35 degrees the slope flattened and was interspersed by larch. Typical for the region. A day like many others they&#39d experienced since moving to the area. 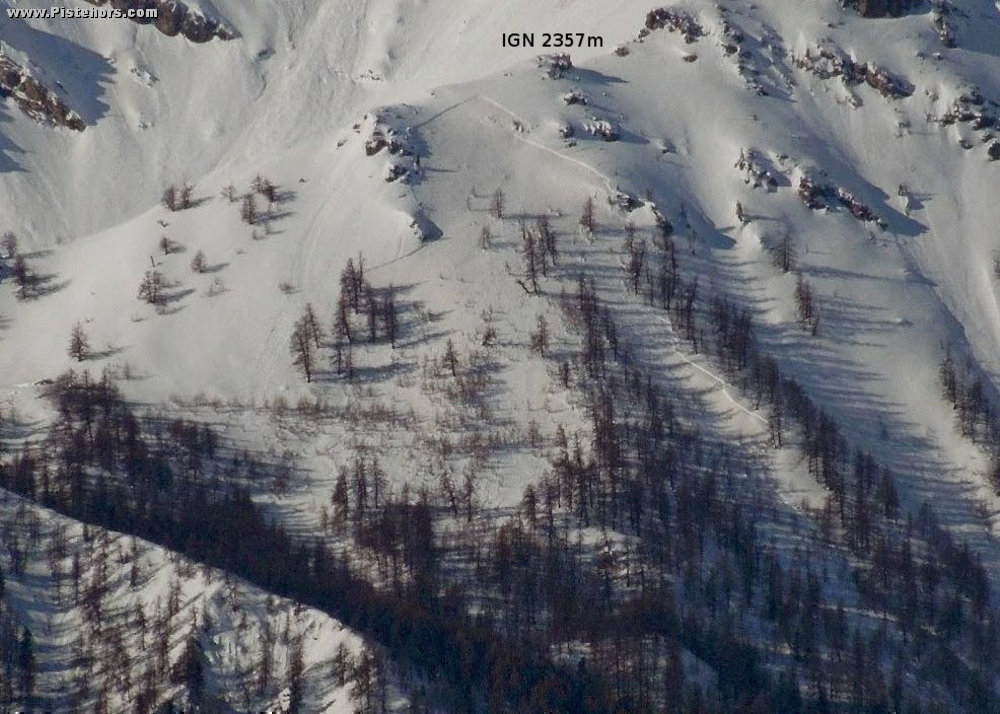 The discussion was more about who would ski the virgin snow first. Sylvain, a first, wide curve then a crack and 30cm of snow on a hard base took him with it, despite all his experience and ability.

“I put my beacon into search mode and descended as fast as possible, still taking the time to scan the debris for a signal. I saw the first of his inflated airbags 300 meters below and skied for it once I got a signal. Everything happened quickly. The signal, the airbag, then a moving hand sticking out from the snow. I shouted that I was there and would get him out, I took my shovel and started digging. I tried to find his head to avoid hitting him, he was breathing, talking to me, he said he had trouble breathing while I continued digging, freeing his head while talking to him. I asked if he was in pain, should I call the rescue services, he said NO. I agreed and continued to dig out his back and stomach to move his Airbag which had ridden up to his armpits and to take off the belt which was squeezing him.

At that moment I thought we would finish the day on skis but I saw he was weakening and it was taking time to free his legs so I decided to call the the Italian mountain rescue. It was 27 minutes after the avalanche. They arrived quickly as they were already in the area for another mission. Two people got out of the helicopter and we finished digging Sylvain out. He was covered in warm clothing and dropped at Sauze d’Oulx to be taken to hospital in Turin. I skied down to get our car at Montgenèvre and to pick up some clothes. I imagined nothing more than a mild hypothermia and a couple of nights in hospital. At 18h20 a doctor came to see me. Sylvain had died of internal injuries.”

Sylvain’s death had sent a shock-wave across the Arvieux and Queyras and beyond to his friends, colleagues and family. In Grenoble, the Maurienne and Chamonix. He worked at the town hall in Arvieux for the last three years.

“Call the rescue services immediately, even if the victim says otherwise. Keep your guard up, be wary of traps waiting in the snow, even if the slope appears benign or at the end of your tour”.

I don't know Sylvain but remember skiing with Bérengère on the Croix de l’Arclusaz in 2005. An expert skier. The accident is a tragedy for her and Sylvain’s family. Despite having an airbag either the small trees on the slope or the weight of snow proved fatal. Another strong mountaineer taken by the snows they loved.